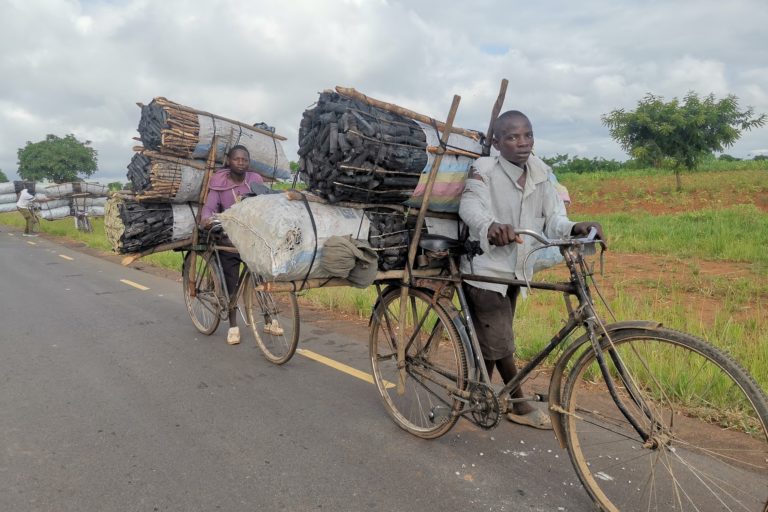 Daniel Kabichi’s phone has been ringing a lot lately. As Chief of Law Enforcement Operations within Malawi’s Forestry Department, he represents the country’s latest strategy to combat deforestation and the increasingly worrying trend of illegal and unsustainable charcoal. There is no investigation unit for forestry-related crimes in Malawi, so the work of the Forestry Department is even more important.

Thanks to the passage of a new amendment to the country’s forest law, which treats charcoal as a forest product, the government now has the power to use harsher penalties, fines and imprisonment. , to deter illegal forestry activities. Under the amended law, crimes related to the production, transport and trade of illegal charcoal are treated like other illegal activities (such as illegal logging).

Every week, he receives dozens of calls. One such call led to the arrest of a “prominent person” who was transporting and selling illegal charcoal in the city of Blantyre. Kabichi triangulated the information with the Malawi Criminal Investigation Unit, and they made the arrest. The suspect was charged under the new law and a magistrate fined him three million kwacha, or approximately $3,700 (US). It was the first time in Malawi’s history that someone was fined for illegal charcoal.

“This case shows that our tactics of information gathering, follow-up and partnering between agencies are working, and it has brought hope for other cases we are working on,” says Kabichi.

Until recently, crimes like the illegal felling of trees for charcoal production often went unnoticed by the law. As Malawi’s environmental crises reach a boiling point, the government is stepping up its focus on law enforcement and public policy reform to tackle behaviors that exacerbate deforestation.

The Modern Cooking for Healthy Forests (MCHF) program, funded by USAID and UKAID, helps government partners strengthen the legal and regulatory framework for the forest sector and more effectively investigate and prosecute these crimes. In addition to the passage in 2020 of the amended forestry law, the MCHF has supported the government in developing regulations for the production, transport and sale of charcoal. Maximum sentences can reach five million kwacha (~6,100 US$) or 20 years in prison, depending on the seriousness of the crime.

“We are already seeing that the justice system in Malawi has started to treat these cases as serious offences,” says Kabichi.

Before the law was passed, law enforcement struggled to investigate, charge, and prosecute deforestation crimes. Each year between 2016 and 2020, prosecutors recorded an average of 65 convictions for these crimes, and the culprits paid an average of 62,500 kwacha (~75 US$) in fines. In the wake of the new law and with the support of the MCHF, the courts are developing their capacity to handle larger caseloads and setting a precedent for convictions under the law. In the first three quarters of 2021 alone, courts in Malawi recorded 343 convictions and fines averaging 283,000 kwacha (~US$345).

The 2020 amendment to the forestry law also includes a confiscation clause, putting at risk the trucks and other assets used to transport the charcoal. This year, the government has seized more than 25 vehicles, marking history as the first time a vehicle used in the illegal transportation of charcoal has been confiscated. Confiscation of vehicles is expected to be a powerful deterrent against the commission of forest crimes.

“Capturing this information and storing it in the database allows us to understand crime trends, determine if law enforcement is a deterrent, and track changing attitudes towards crime. crimes,” says Nyirenda, a forensic comptroller in the southern and eastern regions who builds the forest crime database.

Drawing inspiration from Malawi’s recently recognized success in tackling wildlife crime, court watchers have the opportunity to see how cases are presented by prosecutors, defended and ultimately dealt with by Malawian judges.

After a year of monitoring, Kabichi and forensic monitors realized that there was often a lack of evidence to prosecute additional people involved in the creation of any bag of illegally produced charcoal. Due to its nature, investigators face a difficult task in credibly documenting the true value of the charcoal that was seized. Without this information, magistrates are challenged to assign a value to the act of illegal charcoal production, and therefore, to determine an appropriate sentence. Therefore, penalties vary from court to court.

To help address sentencing challenges for judges, MCHF is assisting the Department of Justice in developing sentencing guidelines that will help standardize the trial process and sentencing. .

“We need experts to help make the sentences more meaningful by assigning a value to trees cut down for charcoal. As soon as they can, they can assist the courts and help adapt our legislation by making us all aware of the value of these trees,” says Nyirenda.

Nicholas J. Parkinson is a communications specialist involved in several projects including MCHF in Malawi. Nicholas is a former journalist with over 10 years of experience in NGO communication, reporting and writing in South America and East and West Africa.

Related listening from the Mongabay podcast: Who benefits from resource extraction in the DRC? We speak with a journalist and an expert on cobalt mining and palm oil production, listen here: