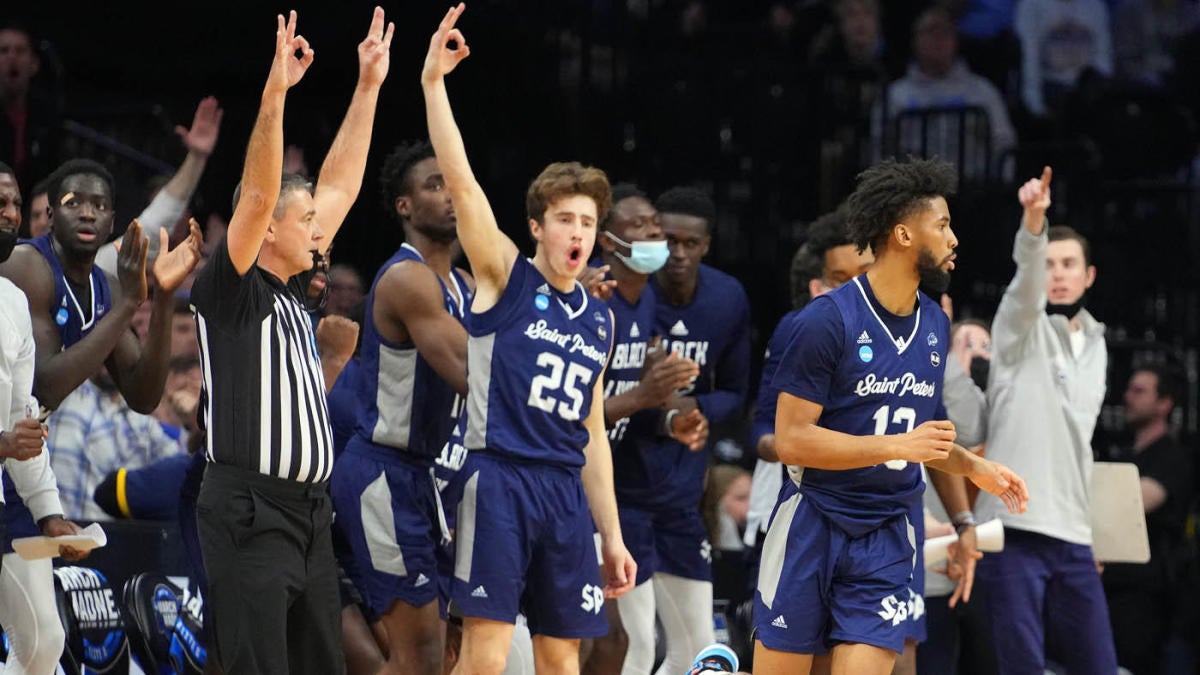 Saint Peter’s made NCAA Tournament history on Friday by becoming the first No. 15 seed to advance to the Elite Eight after knocking out No. 3 seed Purdue 67-64 in a stunning Sweet 16. The Peacocks’ win over the Boilermakers gave them their second double-digit underdog victory in three March Madness wins in 2022, something no team before them had ever accomplished and sparked celebrations in all of New Jersey and beyond. They will face either No. 4 UCLA or No. 8 North Carolina in the Eastern Regional Final on Sunday.

The Peacocks’ NCAA Tournament run at this point has already put them in historic company after shocking No. 2 seed Kentucky in the first round as an 18.5-point underdog, signifying one of the greatest upheavals in the history of the Big Dance. Their victory over Purdue as the 13-point dog put them alone at the top of the big Cinderella stories, as he achieved what the other two No. 15 seeds who had previously done the Sweet 16 – Oral Roberts and Florida Gulf Coast – could not: survive and move on.

“I said ‘What are they going to say now?’ Anyone have something to say?” Saint Peter coach Shaheen Holloway said in a postgame interview on CBS in response to people who doubted his Peacocks. “They say I can’t do this, Cinderella, underdog, this, that…I got a bunch of guys playing basketball and having fun. That’s all we do.”

And so it was only fitting that on National Peacock Day, it was the Saint Peter’s Peacocks who pulled off one of the tournament’s biggest upsets, breaking Missouri’s record in 2002 – then a No. 12 – as the lowest ranked team to make the Elite Eight. They got 14 points from leading scorer Daryl Banks III, 11 points from Clarence Rupert and 10 off the bench from mustachioed superhero Doug Edert.

It was defensively, however, where they won it. Facing a Purdue team that had the No. 1 offense in adjusted efficiency according to KenPom.com metrics, they held the Boilermakers to 23 of 54 shots from the field, 5 of 21 from 3-point range and forced 15 turnovers. It was the sixth-worst shooting game for Purdue from the floor all season and tied for the fourth-most turnovers committed in a game.

“They beat us like they beat the other two teams: strong willed, dirty, tough, in you,” Purdue coach Matt Painter said. “Shaheen Holloway has done an amazing job at Saint Peter’s.”

Purdue star and potential No. 1 NBA draft pick Jaden Ivey did his best to put Purdue in position to win in regulation or force overtime, hitting a 3-pointer with under 10 seconds remaining to close the one-point deficit and circle out a 3-pointer at the buzzer that would have forced overtime. However, he only scored five points in the second half and the Boilermakers stumbled to the finish line, scoring just two field goals in the final five minutes. Ivey finished with 11 points, while Trevion Williams had 16 points and big man Zach Edey had 11 points.

“We’re not a team that’s going to blow teams away. We’re trying to stay close. We’re trying to get teams to make mistakes down the stretch,” Holloway said. “When you play against teams like this that are supposed to win, when you stay tight, certain things can happen. I told my guys to keep fighting. I knew the ball was going to bounce in our direction. And it happened.”