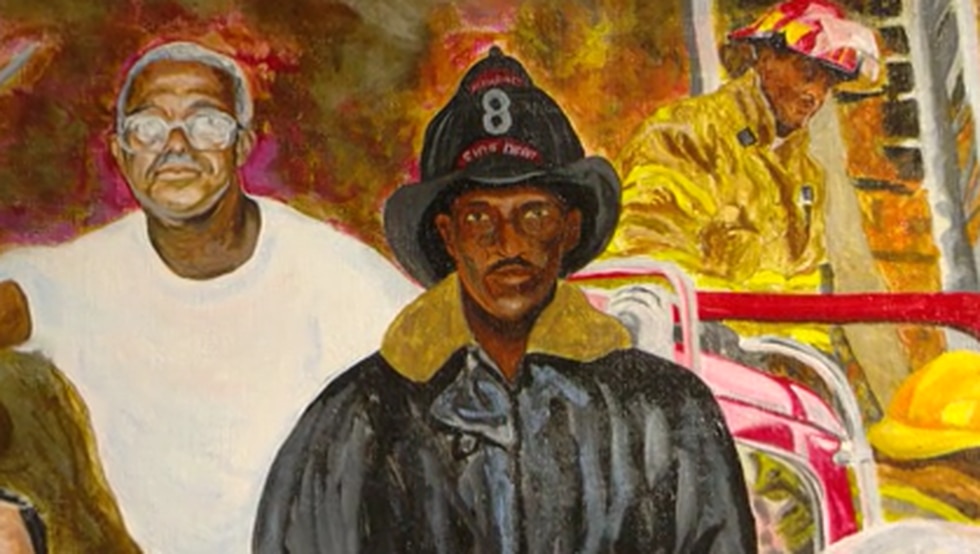 Fire Station 8 at the intersection of Crump and Mississippi Boulevard was once home to the first African American firefighters who joined the Memphis Fire Department in 1955.

The building is no longer standing, but the 12 men who served there paved the way for those who will come after them.

“They were our teachers and we learned a lot from them,” said retired Memphis Fire Department Division Chief Ronald E. Mitchell Sr.

Mitchell joined the Memphis Fire Department in 1977. He served for 34 years, rising through the ranks and retiring as a division chief.

His rookie class was the first to be drafted into the Memphis Fire Department. He said he had personal relationships with many of the original 12 firefighters.

“They’ve been through a lot,” Mitchell said. “They’ve had a lot of the dirtiest jobs. they would get the wrong assignments.

The men also had to overcome racial barriers, including obstacles such as the inability to visit white residents without permission, disparities in pay and rank, and segregation within fire stations.

“They had a facility where in each fire station, when they started detailing black people in other fire stations, they had a bed that was assigned as a ‘black’ bed and that was the bed they wanted all black people sleep in. You couldn’t just choose a bed like everyone else,” Mitchell recalled.

However, Mitchell said the firefighters intended to prove the naysayers wrong, and they did just that.

It made room for firefighters like Deputy Fire Chief Colin Burress, who is second in command with the Memphis Fire Department.

“The success I’ve had is a direct result of the first 12 and those after them,” Burress said.

The department started with 12 black firefighters and has now grown to 800, which represents 48% of Memphis’ firefighters.

“It’s something I’m grateful to see. Diversity, equity and inclusion are integral to everything we do every day,” Burress said.

Now, a new exhibit at the Memphis Fire Museum honors the 12 African American firefighters and all the black firefighters who would follow. It is a mark in history that will live forever.

“It’s great to be able to see someone who looks like you or looks like you and at one point it wasn’t like that and now it is like that. It’s great because we hope that this little person will take away the love for that profession, the job and they say either I know that person, that person looks like me, I can grow up and be that,” Burress said.

For more information on the new exhibit and the Fire Museum of Memphis, click here.

Click here to point out a spelling or grammatical error. Please include the title.