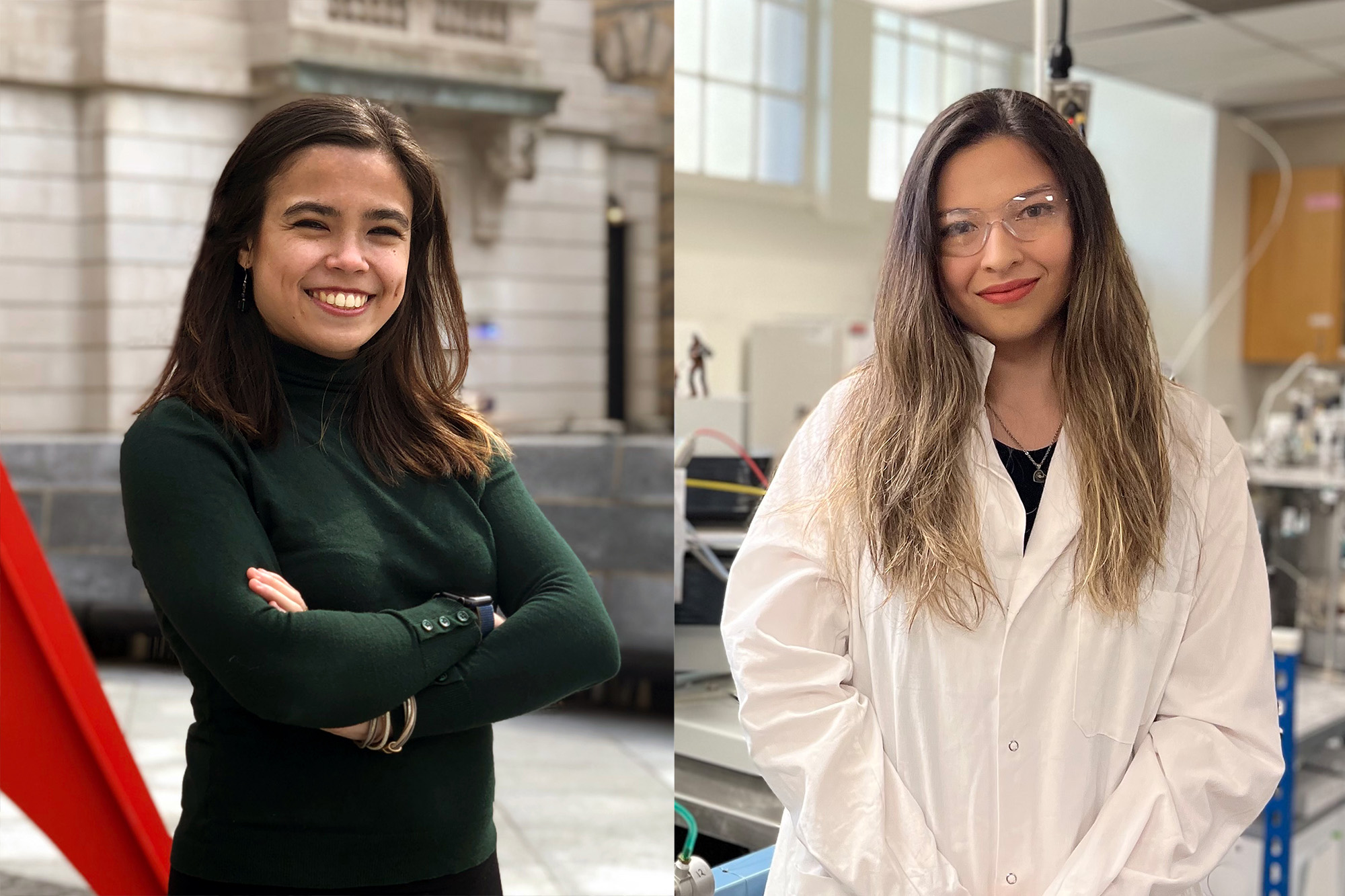 The MIT School of Science welcomes postdoctoral fellows Malena Rice and Eva Scheller, recipients of the 2022 Pegasi 51 b Fellowship. The announcement was made on March 31 by the Heising-Simons Foundation.

The 51 Pegasi b Fellowship, named after the first exoplanet discovered orbiting a sun-like star, was established in 2017 to provide post-docs with the opportunity to conduct theoretical, observational and experimental research in planetary astronomy.

Scheller will be hosted by the Department of Earth, Atmospheric and Planetary Sciences (EAPS), in collaboration with Professors Tanja Bosak and Ben Weiss. Scheller will continue his earlier work to answer lingering questions around water on Mars to put its history in context with other rocky planets.

“There are still so many intriguing and unresolved questions about Mars,” Scheller says. “Even though Earth and Mars started out the same way, a key difference occurred in the geological processes that made Mars more inhospitable to life. This is the puzzle I want to pursue during my fellowship.

She will first conduct a laboratory experiment to study the chemical reactions between water and basalt, the most common rock found on the Red Planet. The results will explore the possibility that ancient liquid water environments may have affected the planet’s climate and potential for habitability. Next, Scheller will perform remote fieldwork using NASA’s Perseverance rover to determine if water has ever been sequestered in a key region of Mars’ crust. She will then combine the results to model life-sustaining conditions on terrestrial planets with the aim of supporting future observations in the solar system and beyond, saying: “I look forward to seeing how future missions to Venus , data from the James Webb Space Telescope and the Perseverance rover on Mars facilitates an interplanetary comparison of the processes that turn habitability on or off.

Scheller received her doctorate in geological and planetary sciences from Caltech in February. It was during an exchange program at Caltech that Scheller was inspired to probe the enigmatic past of water on Mars. Bridging the worlds of laboratory experimentation, remote data science, and theory, Scheller examined the history of geological processes on terrestrial planets to decipher markers of habitability.

In a watershed moment, she confirmed that most of Mars’ water was locked up in its crust, overturning the prevailing theory that it had escaped through the atmosphere. Scheller then made key discoveries related to ancient aquatic environments and organic compounds with the Perseverance rover. She also led a collaboration to synthesize the results of an extended Perseverance rover mission to acquire samples from a sequence of ancient Martian rocks that she characterized and defined.

“Hiking and collecting rocks as a kid made me realize that everyone has a huge story to tell about where we came from and where our planet is going,” she says.

Rice will be hosted by the Kavli Institute for Astrophysics and Space Research, in collaboration with principal investigator George Ricker. His research uses machine learning methods and cutting-edge computational techniques to enable groundbreaking detections of outer solar system bodies, including Planet Nine and interstellar objects (ISOs) that traverse the solar system. It will also compare the shapes and sizes of distant objects to pancake-shaped ISOs detected to date, revealing more of the types of bodies that typically inhabit the periphery of planetary systems.

Rice recently earned her doctorate in astronomy from Yale University. Throughout a career that has spanned Spain, Iceland and the Great Barrier Reef, Rice has focused her gaze on the far, unexplored corners of our solar system. She applies theory, observation and computational techniques in her investigations of the outer solar system and its vast potential for astronomical discovery – including Planet Nine, an icy world believed to lie beyond Neptune.

“Finding another planet in our solar system would be wonderful and would change all our textbooks! Even though Planet Nine isn’t here, we’re pursuing different, equally exciting avenues,” she says.

While searching for Planet Nine in her current research, Rice is using a new method to identify its potential path through the sky by overlaying thousands of images captured by the Transiting Exoplanet Survey Satellite (TESS), a space telescope originally designed to hunt exoplanets. His contributions brought the field closer to confirming the existence of distant, unseen planets and smaller objects – building blocks that could hold the secrets of the planetary system’s beginnings.

“It’s amazing that we can study the Big Bang in detail, but the outer solar system remains a mysterious frontier. The distant objects residing there can reveal a great deal about the beginnings and growth of our solar system,” she says.

Established by the Heising-Simon Foundation, the 51 Pegasi b Fellowship offers eight fellows up to $385,000 over three years for independent research aimed at improving our understanding of planetary system formation and evolution, as well as technology to help detect other worlds. The fellowship also establishes mentorships for fellows with established faculty at their host institutions and hosts an annual summit to develop professional networks and foster collaboration.

You can find out more about the scholarship and other scholarship recipients at www.51pegasib.org.

2022-04-07
Previous Post: In the midst of Putin’s war, NATO keeps its eyes on China
Next Post: The political fallout from the New York budget deal