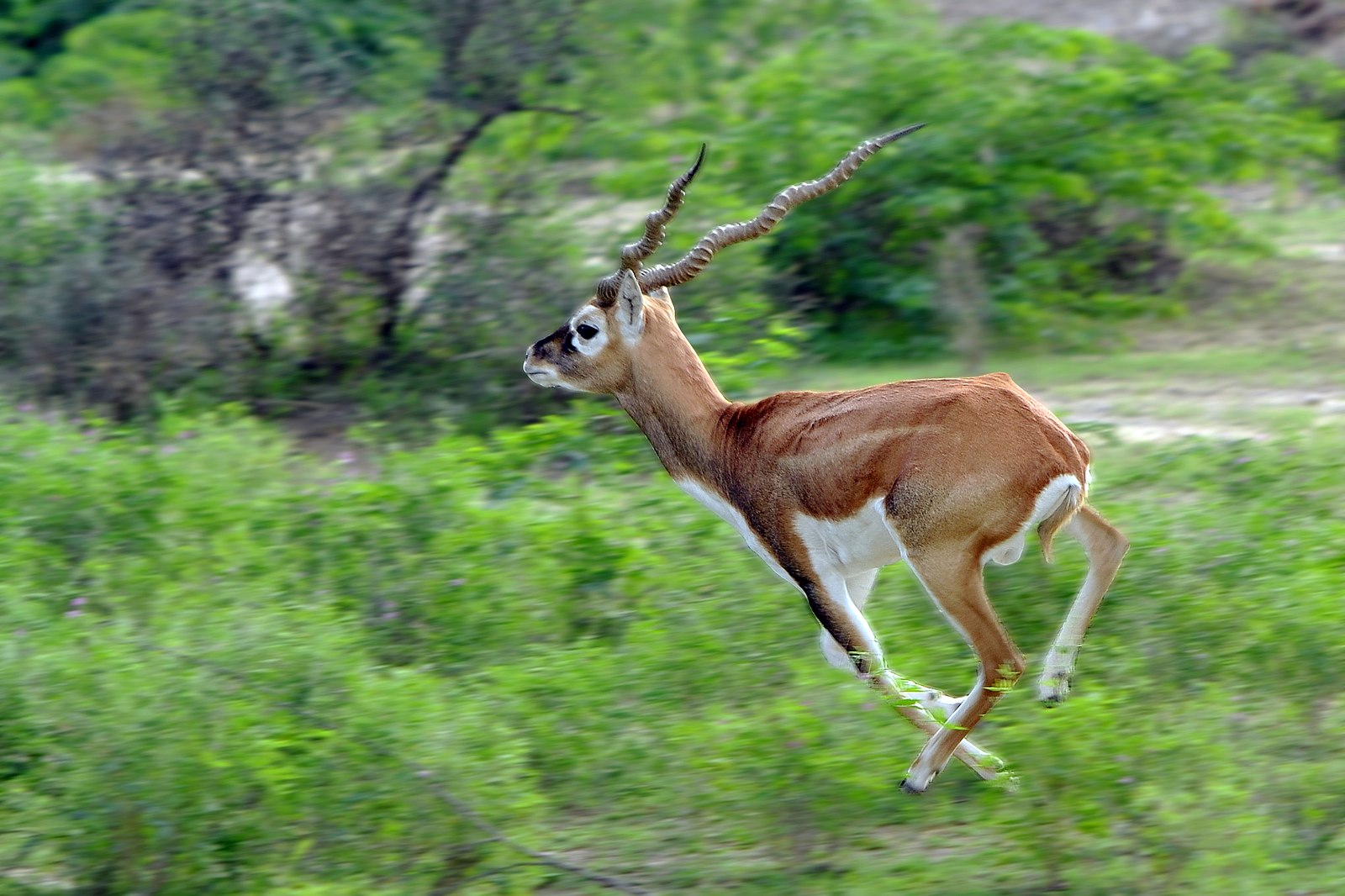 Despite the growing expansion of wind power in India, research on the impact of wind farms on terrestrial mammals is limited. A recent study, published earlier this year, addresses this knowledge gap. It assesses bird and mammal responses to wind turbines in central Karnataka. In the study conducted from January 2016 to May 2018, researchers investigated the mortality rate of birds due to collision with wind turbines, the response of bird diversity and composition, and the occupancy pattern of terrestrial mammals. in the wind farms located in the Chitradurga and Gadag districts.

Wind turbines are known to pose a threat to airborne species such as bats and birds, which often die due to collision with the wind turbine’s rotor blade. In India, the conversation about the impact of wind farms on biodiversity, especially birds, is heating up. A Supreme Court case examines the impact of wind projects on the population of birds, including the critically endangered Great Indian Bustard (GIB), in Gujarat and Rajasthan, as deaths from a collision with wind turbines have been reported. In Tamil Nadu (the state that has 25% of India’s total wind power capacity), harriers appear to avoid areas dominated by wind farms, as reported in initial observations, as part of a Study in progress.

In the Karnataka study, researchers found that the selection of sites to install wind farms is a major factor that can influence the wildlife that surrounds it. “If it (the wind turbine) is in the migratory route of birds or bats, or wildlife habitats, or near bodies of water, a negative impact can be expected. Otherwise, there is no ‘there’s no impact,’ says Honnavalli N. Kumara, Senior Scientist – Conservation Biology, Salim Ali Center for Ornithology and Natural History and lead author of the study.

Also, some species tend to be more affected than others. Birds, especially raptors such as hawks, kites or eagles, and bats are very vulnerable due to direct collisions. “Some species of animals on the ground are moved,” adds Kumara, saying this can have a lasting impact on the biodiversity of the area.

This is consistent with the findings of the report, which confirm that the average annual animal mortality rate per wind turbine was 0.26/year. Species richness, abundance, and unique species of birds were relatively higher at control sites (adjacent areas without wind turbines, but with similar habitat) compared to wind turbine sites. This important finding indicated that some species tended to avoid the vicinity of wind farms for foraging, nesting and roosting, reducing the activity of these species in the immediate footprint of wind turbines.

The study shows that blackbucks, chinkaras, golden jackals and jungle cats were less likely to occupy sites with a high number of wind turbines, while four-horned antelope favored the area. Although the abundance of wind turbines did not play a major role in the occupancy of a few species, the avoidance of wind turbines by many mammals should be a source of concern for the management of the forest area, where wind turbines are implanted, the study noted.

“At the moment there is no documentation on whether the presence of long-established wind turbines can wipe out an entire species. There is no information available on where in India wildlife is in direct conflict with the wind farms, and no government guidance on how to mitigate it. It’s an under-researched area and there’s still a lot to be done,” Kumara says.

In India, the renewable energy sector has experienced a compound annual growth of 15.51% over the past five years. Wind power, in particular, has grown at a rate of about eight percent. While this is positive from a climate change mitigation perspective, there are also side effects that impact biodiversity.

The threat from wind farms, however, is one of many threats bird populations around the world face, such as the rise of invasive species and pesticide poisoning, collision with windows and predation by outdoor cats. Then there is also climate change and habitat loss. The State of India’s Birds Report 2020 found that half of avian species were in decline in the country, with endemic species, birds of prey and those living in forests and grasslands being the most vulnerable.

The establishment of wind farms may increase in the future, not only in India, but all over the world. To meet its renewable energy targets, India needs an area almost the size of Bihar, made up mostly of open natural ecosystems. Wind farms are mainly located in these open natural ecosystems with rich biodiversity. It is therefore important to understand the sensitive biodiversity present in these landscapes before installing wind turbines.

The study, initiated by the Forest Department of Karnataka (Bengaluru) recommends that before installing wind turbines on a site or before authorizing new wind farms in wooded areas, near forest plots or next to wetlands, there should be a critical assessment of animal diversity, in particular birds and their seasonal movements, the occupancy and abundance of mammals, and the possible impact on them. “These small steps could support responsible wind energy development with respect for biodiversity,” says Abhay Jha, a Karnataka-based wildlife advocate.

To overcome some challenges in site selection, the researchers suggest measures such as maintaining part of the mountainous regions or natural habitat in the terrain dominated by wind turbines as a refuge for animals. There must also be long-term biodiversity monitoring around existing wind farms, they say. Studies on raptors and their food resources such as rodents, reptiles are essential to understand the consequences of wind turbines. “Such studies could help in the management and mitigation of the impact caused by wind turbines,” says Jha.

As there is growing awareness of the conflicts arising between its deployment of wind energy and local wildlife conservation, more research on this front is needed. Among the initiatives to better understand the situation is the Bird Sensitivity Map for India created by the Bombay Natural History Society in collaboration with Birdlife International. The map, which should be available by the end of 2022, will be useful for the placement of wind farms and transmission lines and will help in the selection of sites with the least impact on birds.

Globally, efforts are also being made to mitigate the impact of wind farms on birds. For example, Wind Europe, which advocates wind energy policies for Europe, launched a document in 2017 that provides practical information on mitigation measures to reduce the impact of wind turbines on wildlife. It recommends, initially, the placement of infrastructure in such a way as to avoid impacts on biodiversity, followed by mitigation, compensation and compensation measures to minimize the impacts of wind turbines.

Banner image: According to a recent study in central Karnataka, blackbucks were less likely to occupy sites with a high number of wind turbines. Photo by CRaghavan/Wikimedia Commons.