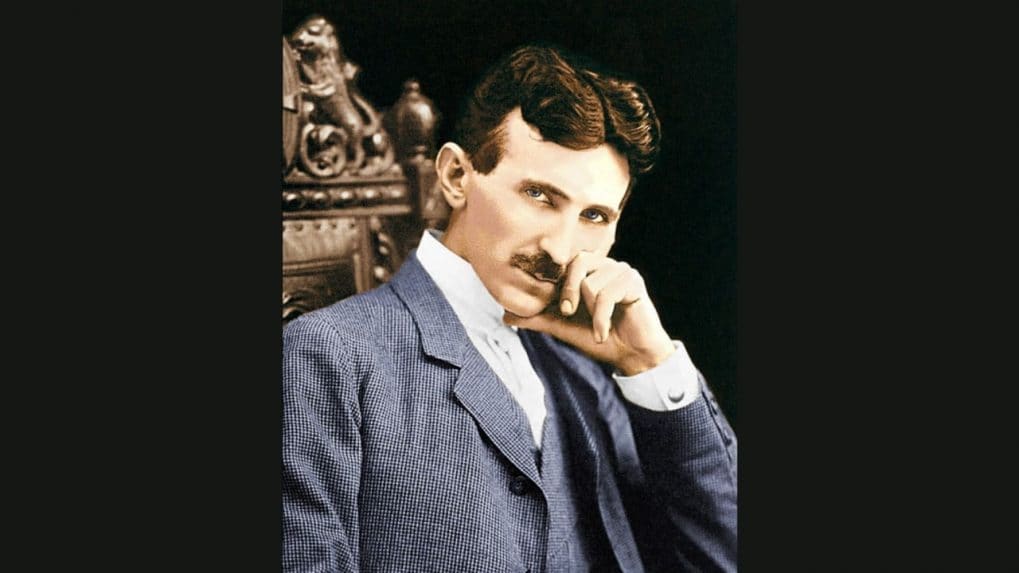 Nikola Tesla, a visionary scientist known for his groundbreaking innovations, generated ideas that transformed lives. He was far ahead of his contemporaries in the field of scientific development, and also relished the role of a showman. Although he created several fortunes, Tesla died almost penniless. The richest man in the world today, Elon Musk, has paid tribute to “The Man Who Invented the 20th Century”, naming his labor of love after him.

Born on July 10, 1856 in Croatia, Tesla was the fourth child of Milutin Tesla, a Serbian Orthodox priest, and Djuka Mandic. As a student, Tesla showed remarkable abilities in solving mathematical problems. During his teenage years, Tesla is believed to have fallen ill and only recovered when his father agreed not to push him to become a priest and agreed to send him to engineering school instead.

Tesla trained as an engineer at the Polytechnic Institute of Graz, Austria, and at the University of Prague. While he intended to major in physics and mathematics, he was fascinated by electricity. After working in Paris for the Continental Edison Company, Tesla went to the United States in 1884. It is believed that he arrived in New York with four hundred, some of his own poems and calculations for a flying machine. He worked with Thomas Edison, but the two inventors quickly separated.

In 1915, a New York Times report stated that Tesla and Edison would share the Nobel Prize in Physics. However, no scientist received the award for unknown reasons. According to the Tesla Society, it was rumored that Tesla refused to share the prize with Edison.

Tesla died on January 7, 1943 in a room at the New Yorker Hotel, where he had lived for the last 10 years of his life.

On the occasion of his birthday on July 10, here’s a look at the iconic innovations of this maverick scientist.

One of Tesla’s most spectacular inventions was the Tesla coil, a system consisting of two parts – a primary and secondary coil. Both parts had their own capacitor which stored electrical energy, like a battery. The Tesla coil was a transformer that produced sparks by creating high voltage at low current. His work on the Tesla coil was the basis of circuits used for early radios, CNN quoted Carnegie Mellon University professor Larry Pileggi as saying.

It was the technology that started a war between Tesla and Edison. Edison, the DC developer, had employed Tesla and promised him $50,000 to fix DC power problems. Tesla wanted to switch to alternating current. However, fearing losing royalties, Edison attempted to discredit Tesla’s AC power through a disinformation campaign showing that AC power was unsafe, CNN reported, citing the US Department of Health. energy.

Although history credits Guglielmo Marconi with inventing the radio, the Italian entrepreneur was able to send the first transatlantic radio transmission, using technology from 17 of Tesla’s patents.

Tesla and Marconi had been embroiled in a patent war. In 1943, the United States Supreme Court revoked Marconi’s radio patents and gave them to Tesla and two other scientists, Oliver Lodge and John Stone.

Thanks to Tesla, we can now change channels using a remote control without getting up from the couch.

Known as the “teleautomaton”, Tesla had invented one of the world’s first remote controls. He received a patent for his device in 1898 which he used to control a miniature boat from a distance.

Tesla developed its own turbine-style engine, taking inspiration from the piston engine in automobiles. Also called boundary layer turbine and cohesion-type turbine, Tesla’s turbine was bladeless and had discs spinning in a chamber to generate motion.

A research by Tesla that was interrupted by a fire that destroyed his New York laboratory in 1895 involved X-ray technology. Tesla experimented with radiation and was able to take some X-ray images of the human body, which he called “shadowgraphs”. His image of a foot with a shoe, taken in 1896, is said to be the first American X-ray. Tesla also warned of the harmful effects of X-rays.

Tesla worked with George Westinghouse to set up the Adams Power Plant, which was the world’s first hydroelectric plant. This powerhouse realized how Niagara Falls, America’s most spectacular natural wonders, could be harnessed.

For his innovations, Tesla is often dubbed “the man who invented the 20th century,” Ivana Zoric, curator of the Serbian Nikola Tesla Museum in Belgrade, told CNN.