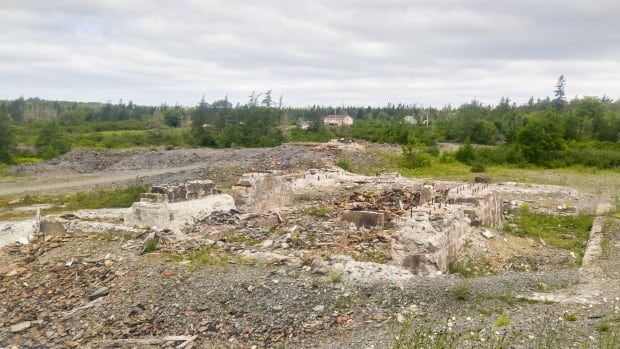 NS wants to acquire one of the most contaminated gold mining sites in the province, but it’s complicated

The Nova Scotia government wants to acquire one of the province’s two most contaminated historic gold mines so it can clean it up.

The Goldenville site, located near Sherbrooke on the east coast, was the most productive of Nova Scotia’s 64 historic gold mining districts. It was mined from 1862 to 1941 and included up to 19 different surface and underground mines.

These operations left a legacy of arsenic and mercury contamination that persists to this day, both in materials and water at the site and downstream to the Atlantic Ocean.

Through the provincial environmental cleanup agency, Nova Scotia Lands, the government has developed plans to clean up Goldenville. He estimates that the cleanup of this site as well as the other most contaminated former mine, Montague Gold Mines, will cost at least $60 million.

But Goldenville’s plans hit a snag a few years ago when staff realized that the property that included the source of the contamination – the mill that ground the ore before mining the gold – was not Crown land. The province would need permission from the landowner to carry out its work.

That’s when things got even more complicated. Staff discovered that no one knows who owns the property.

The Nova Scotia Land Registry lists the owner of the 32-hectare parcel of land at 34 Goldenville Road Extension as “owner unknown”. The package has a taxable value of $21,400.

The province researched information about the history of the land, examining documents, including handwritten documents, dating back to 1765.

Documents obtained by the CBC through a freedom of information request show that the Ministry of Natural Resources and Renewable Energy discovered through its research that the property is part of 60,700 hectares granted to the Reverend James Lyons in 1765, but no later title or deed has been recorded.

In order to acquire the land now, the province will have to pay outstanding taxes and then announce its intention to purchase it. Anyone with a claim on the property has 18 months from the time the taxes are paid to come forward.

Provincial staff had a brief scare last year when it emerged that the Municipality of the District of St. Mary’s was going to sell the property at a tax sale, which would mean anyone could buy it and that it would go to the highest bidder. The province does not have the authority to purchase property through tax sales.

The Department of Natural Resources and Renewable Energy intervened and the plot was removed from the list of potential tax sale properties.

The ownership issue came to light when the Department of Natural Resources and Renewable Energy was conducting environmental site assessments as part of the preliminary process to clean up contaminated sites.

The news surprised Diane Saurette, chief operating officer of the Department of Public Works. In an email last November to Nova Scotia Lands, she said she assumed the Phase 2 environmental site assessment for Goldenville was on track and would be completed in the fall.

“When you called me a few weeks ago, it was the first time we heard that there was a problem with Goldenville,” she wrote to Donnie Burke, executive director of environmental analysis. and sanitation for NS Lands.

The ownership issue will delay plans to clean up the site, as remediation cannot begin until the parcel of land is owned by the province.

Asked for an update on Thursday, the Ministry of Natural Resources and Renewable Energy did not provide a new timetable for the start of remediation work. A spokesperson said discussions with the Department of the Environment will be required before staff can access the site to address it.

On July 13, Burke said in an internal email that he hoped the issue would be resolved “within a year.”

The Goldenville site is one of the two most contaminated former gold mines in the province.

The province says Nova Scotians are unlikely to be affected by arsenic and mercury from gold mine tailings because their exposure is low, but people are advised to avoid areas where residues are present.