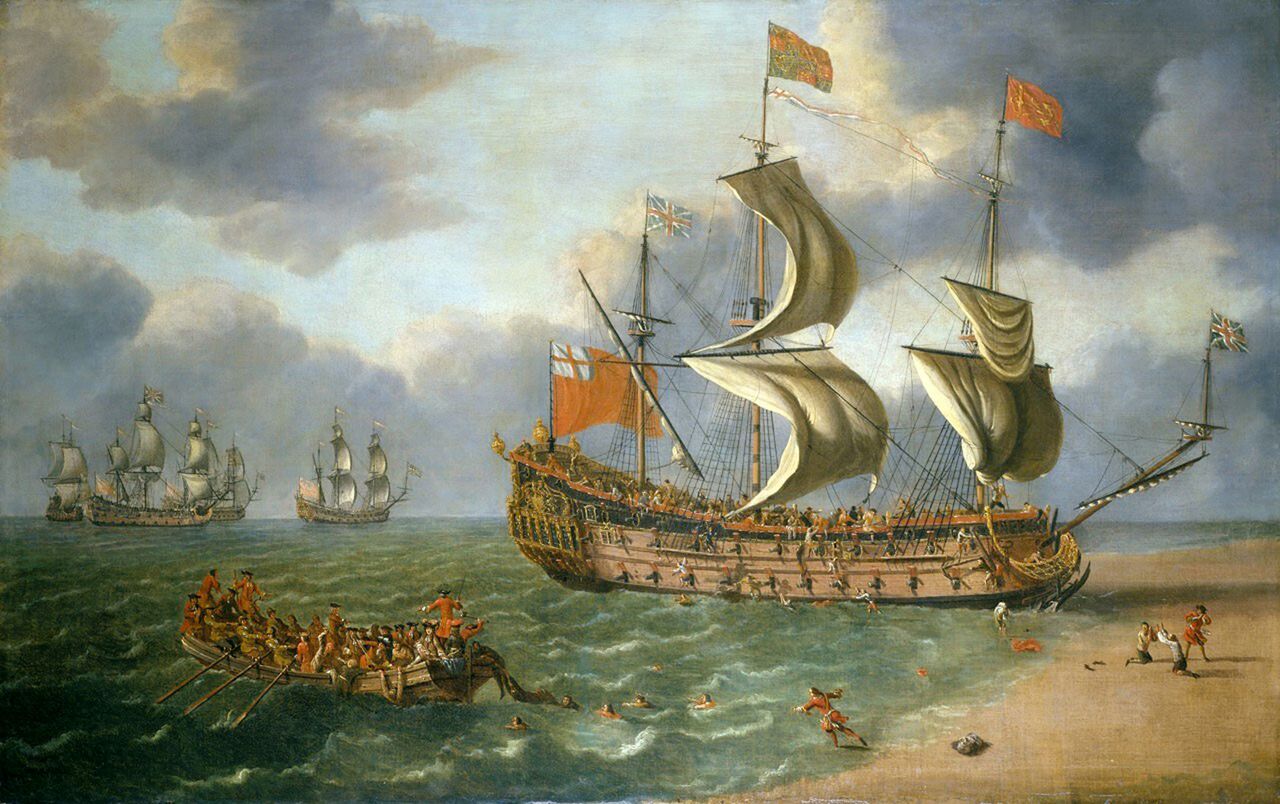 ‘One of the ‘almost’ important moments in English history: ‘Wreck of warship found off British coast

LONDON — Explorers and historians are telling the world about the discovery of the wreckage of a royal warship that sank in 1682 while carrying a future king of England, Ireland and Scotland.

HMS Gloucester, traveling from the south of England to Scotland, ran aground while cruising on sandbanks off the town of Great Yarmouth on the east coast of England. It sank within an hour, killing approximately 130–250 crew and passengers.

James Stuart, the son of King Charles I, survived. He continued to reign as King James II of England and Ireland, and as James VII of Scotland from 1685 to 1688, when he was deposed by the Glorious Revolution.

The Gloucester wreck was found in 2007 by brothers Julian and Lincoln Barnwell and others after a four-year search. It was firmly identified in 2012 with the discovery of the ship’s bell.

The discovery was not made public until Friday due to the time it took to confirm the ship’s identity and the need to protect the historic site.

Claire Jowitt, a maritime history expert at the University of East Anglia, said the wreck was “one of the ‘almost’ important moments in English history”. The sinking of the Gloucester nearly caused the death of the Catholic heir to the Protestant throne at a time of great political and religious tension in Britain.

“If he had died we would have had a very different British and European history,” Jowitt said.

“I think it’s a time capsule that offers the opportunity to learn a lot about life on a 17th century ship. The regal nature of the ship is absolutely amazing and unique,” ​​she added.

She believes the wreck is the most significant maritime find since the Mary Rose, King Henry VIII’s Tudor Navy warship. The Mary Rose capsized with a crew of around 500 in 1545 in the Solent, a strait between the Isle of Wight and the British mainland. An extensive rescue operation brought it back to the surface in 1982.

There are no current plans to raise the wreckage of Gloucester as much of it is buried under sand.

“We have just touched the tip of an iceberg,” said Julian Barnwell.

Artifacts rescued from the wreck include clothing, shoes, navigational equipment and numerous bottles of wine. A bottle bears a seal with the coat of arms of the Legge family – the ancestors of George Washington, the first American president. The crest was a precursor to the Stars and Stripes flag.

An exhibition is planned for next spring at the Norwich Castle Museum and Art Gallery to showcase the finds from the wreck and share ongoing research.