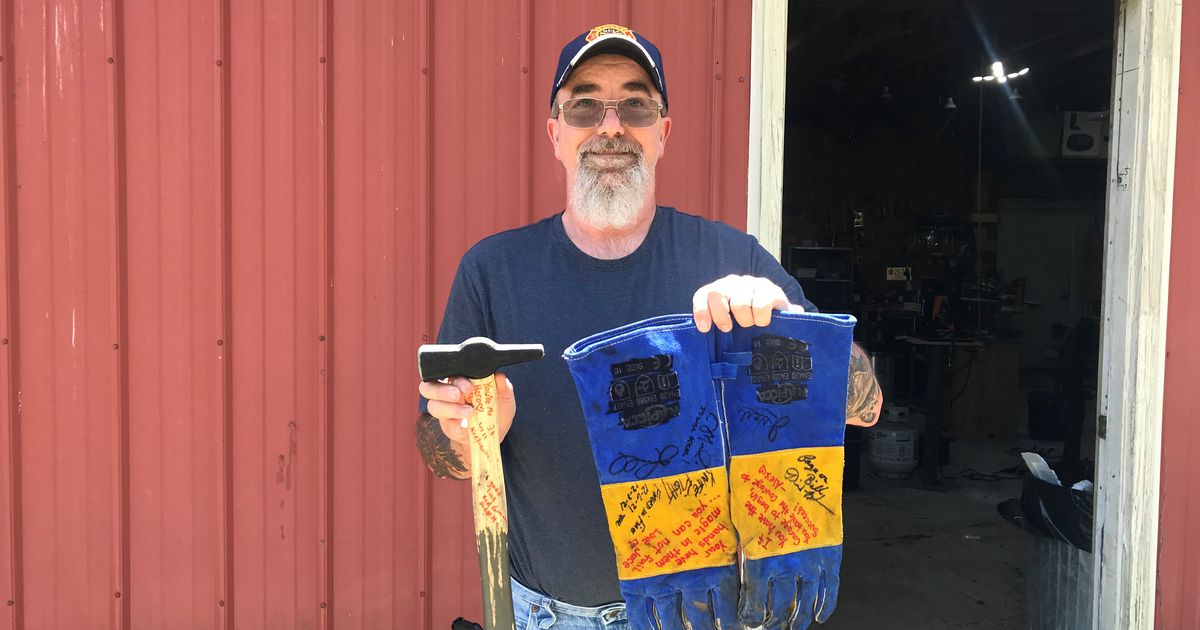 “It’s his stress relief,” said Judy Pyles, Bill’s wife. “It’s just a hobby for him. It’s not his full-time job or anything, but he was having a lot of fun with it and doing some really cool stuff, so I was like, ‘Well, why not? What will it hurt to see what kind of experience he would have and what he could learn.

After much perseverance, Bill Pyles considered applying and started making replicas of the blades featured on the show and even mounted a countdown timer on his wall to practice working under time constraints.

In the fall of 2021, he applied to be on the show. After several months of silence and an extensive interview process, he got the call that they wanted him on the show.

In December, Bill Pyles was flown to Stamford, Connecticut, where he competed with three other competitors in three challenges.

During the first challenge, the judges tested a knife that each of the contestants had brought from home.

“I sat at my kitchen table with a large sheet of paper,” Bill Pyles said. “They gave me the parameters I had to meet…so I started drawing things until I found one that just clicked, and I ran with it.”

Bill Pyles blade was 15 inches with 160 layers of steel. The handle was made up of a fire hose and some retired bunker gear he got from his job as a volunteer firefighter with Milford Twp.

Bill Pyles completed the first challenge and moved on to the second where he had two hours to make a push dagger that measured between four and five inches. After various complications with steel and timing, Bill was sure he was going home and was ready to give up, but he looked down at his gloves and continued. His gloves were covered with encouraging messages from his wife and children reminding him to keep going.

“Every time I looked [my gloves] it was like, ‘Yep gotta go on. I have to do it. I can’t just give up and walk away,” Bill Pyles said.

Bill’s gloves were signed with inspirational messages from his wife and children to help keep him going throughout the competition. After the show, the judges also signed her gloves. ALICE MOMANY/STAFF

Bill’s gloves were signed with inspirational messages from his wife and children to help keep him going throughout the competition. After the show, the judges also signed her gloves. ALICE MOMANY/STAFF

His forge hammer, which was not shown in the episode, also had inspirational messages from his family written on it.

Bill’s forge hammer was signed with inspirational messages from his wife and children. ALICE MOMANY/STAFF 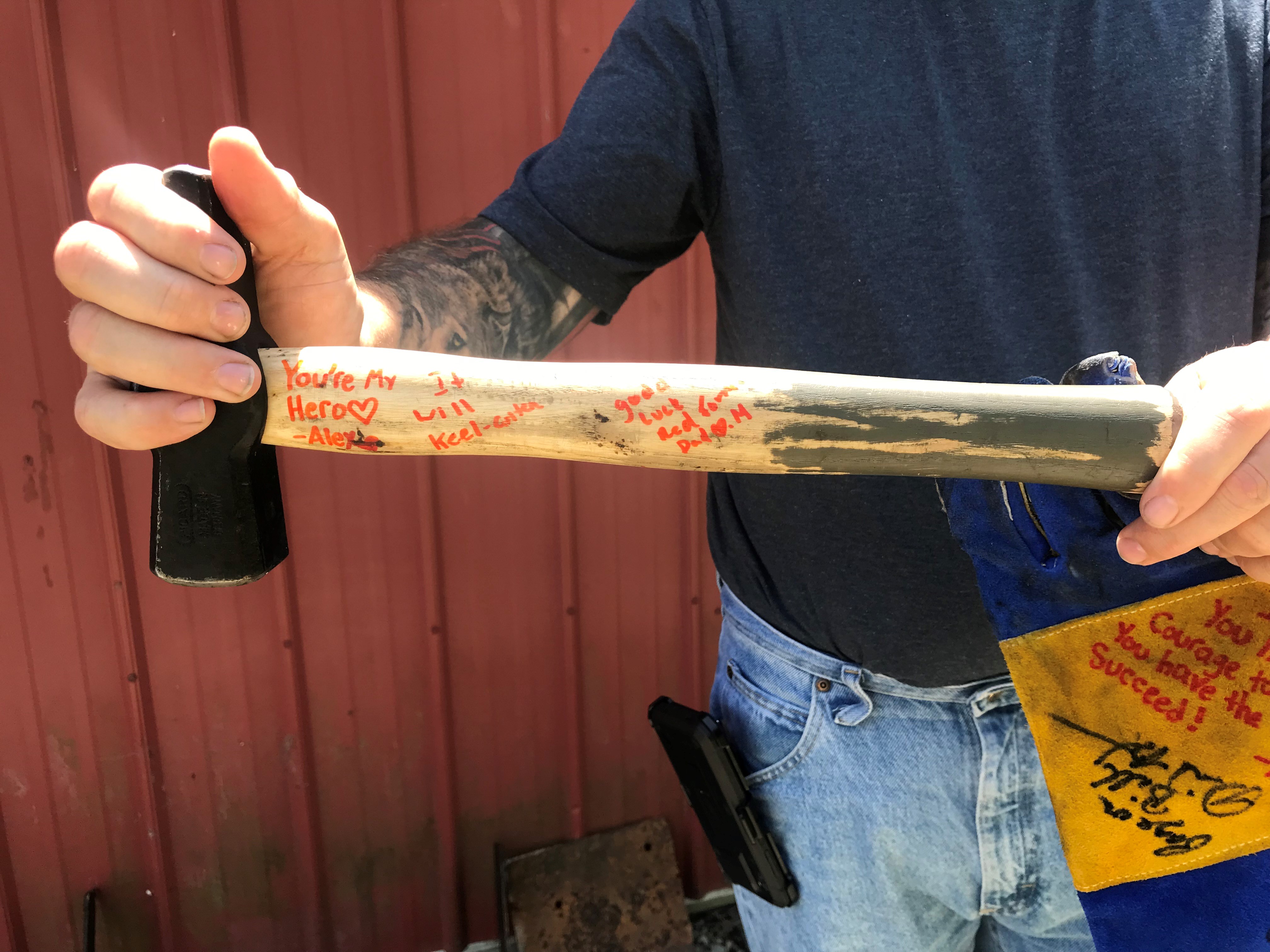 Bill’s forge hammer was signed with inspirational messages from his wife and children. ALICE MOMANY/STAFF

With some criticism from the judges, Bill Pyles moved on to the third challenge where he had six hours to complete the dagger and build a replica blade of a former Forged in Fire champion.

After the judges tested both blades, they crowned Bill Pyles as the Forged in Fire Champion and awarded him $10,000 which he said would go to Judy Pyles.

“My wife says she feels like a blacksmith widow, so the majority of things are going to make her feel less blacksmith widow,” Bill Pyles said. “I might have a few more forge toys, but probably nothing major.”

Although filming took place in December, the episode only aired on May 25.

Judy Pyles, who didn’t go to Connecticut with him, said watching the show and seeing what Bill went through was unimaginable.

“I can’t really explain it,” she said. “It was awesome. I was so impressed with the way he did. I could never do that. I thought he just did awesome. I was really impressed.