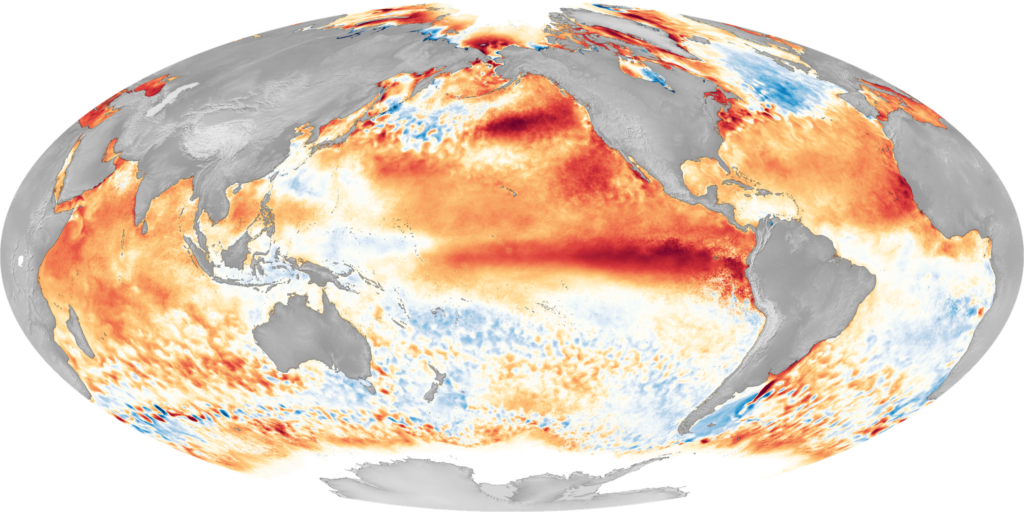 Past El Niños reveal the limits of future climate projections

AUSTIN, Texas — El Niño’s weather pattern varies over time to such an extent that scientists will struggle to detect signs that it is intensifying as the climate warms.

That’s the conclusion of a study by scientists at the University of Texas at Austin that analyzed 9,000 years of Earth history. Scientists relied on climate data contained in ancient corals and used one of the most powerful supercomputers in the world to conduct their research.

The study of the past, recently published in Scientists progresswas motivated by the need to have a clearer picture of how climate change might affect El Niño in the future.

El Niño is the warm phase of the El Niño Southern Oscillation, a weather phenomenon that sets the stage every few years for weather patterns around the world. Strong El Niño events, like those in 1997 and 2015 that sparked wildfires in the rainforests of Borneo in Asia and caused widespread bleaching of coral reefs around the world, have occurred about once a decade.

Computer models, however, do not predict whether El Niño events will become weaker or stronger as the world warms due to climate change.

“Much of the global temperature and precipitation is influenced by what happens in the tropical Pacific Ocean where El Niño begins,” said study lead author Allison Lawman, who began the research in as a doctoral student. project at UT Jackson School of Geosciences and is now a postdoctoral researcher at the University of Colorado at Boulder. “The difference in precipitation between stronger and weaker El Niño events is going to be a critical issue for infrastructure and resource planners.”

Lawman and his collaborators used the Lonestar5 supercomputer at UT’s Texas Advanced Computing Center to run a series of climate simulations of a period in Earth’s history before human influences, when the main source of climate change came from an inclination of the planet’s orbit. The simulations were verified using a coral emulator that Lawman had previously developed to compare them to climate records from ancient corals.

They found that although the occurrence of strong El Niño events intensified over time, the change was small compared to the highly variable nature of El Niño.

“It’s like trying to listen to soft music next to a jackhammer,” said study co-author Jud Partin, a researcher at the University of Texas Institute of Geophysics.

To achieve this, Partin, Lawman and the other authors of the study call for new investigations of even earlier periods in Earth’s history, such as the last ice age, to see how El Niño reacted to changes. more intense climatic forces.

“Scientists must continue to push the boundaries of models and examine deeper geologic intervals in time that could offer clues to El Niño’s sensitivity to climate change,” said co-author Pedro DiNezio, associate professor at the University of Colorado at Boulder. “Because if there is another big El Niño, it will be very difficult to attribute it to global warming or El Niño’s own internal variations.”

The research, including much of Lawman’s doctorate, was funded by the National Science Foundation. Project partners included Rice University and the University of Arizona.