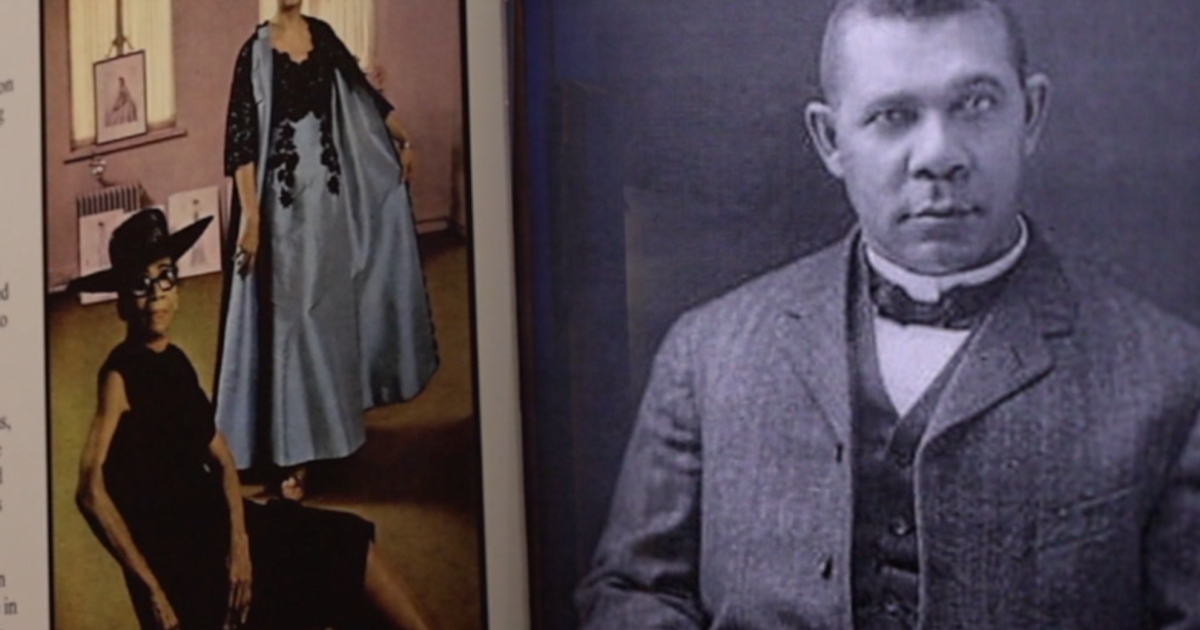 Plant Museum exhibits shine a light on the black experience

TAMPA, Florida — The Henry B. Plant Museum, housed in what was once one of Florida’s grandest hotels, is filled with artifacts and stories that are sometimes lost in time and then reborn.

The museum recently held an exhibit about Booker T. Washington’s visit to Tampa in 1912. The exhibit titled “When the Train Comes” highlighted Washington’s impact on the sometimes fractured African-American cultures in Tampa.

“This is a really important story for us,” said Dr. Charles Groh, associate professor at the University of Tampa and guest curator of the exhibit. “The reason he spoke at the casino is because local African Americans organized to have that space for that speech, because at a time when segregation, which was new, was pushing them out of the public sphere.”

At the time, Washington was on a whirlwind tour of Florida. His presence, at the now-destroyed Tampa Bay Casino, and his voice were vital to all black Americans as segregation lines hardened.

“And, so the black community in Tampa was very complex,” Groh said. “Afro-Cubans and African-Americans did not see themselves sharing the same experience. And in fact, Booker T. Washington’s visit was one of the first formal occasions that brought them together. After his speech at the casino, there had a reception that was held in his honor in Ybor City, and it was hosted by an Afro-Cuban society.”

Washington’s speaking tour through Florida was dangerous, lynchings were common, trains were separated, and the Tampa Bay hotel near where Washington was speaking was off-limits.

“He couldn’t have stayed at the hotel because he was African American,” Groh said. “And then the Tampa City government created what was called the White Municipal Party in 1908, which basically removed African Americans from any form of electoral participation here. So by the time Booker T. Washington came , that was exactly when things were getting really, really entrenched.”

Washington’s speech further highlighted the divide between whites and blacks.

“So the seats were segregated. So if you were white, you bought your tickets from a drugstore downtown. If you were black, you bought your tickets from the William Cigar Company, which was a black-owned business. “Groh said. . “Someone actually put sheets in the center to keep white people from seeing the black part of the audience. But Booker T. Washington refused to talk until that was removed, and that’s it.”

Washington’s speech was a crucial part of building the foundations of what we now call civil rights.

“I think Washington was extraordinarily good at being able to speak to multiple audiences in a way that I think is very rare in the context of the time. And I think when he is, I think he’s oversimplified in popular representations as accommodating,” Groh said. noted. “Thus, there is no African American activism that cannot be traced in some way to the work of Booker T. Washington.”

That same exhibition space at the Plant Museum now shares the story of another African American woman who broke barriers in her own way.

In 1915, three years before Washington spoke in Tampa; Ann Lowe, a then-unknown seamstress, moved from Alabama to Tampa. Lowe was hired to make dresses for Tampa’s elite.

Plant Museum Relations Manager Lindsay Huban showed us two dresses which Lowe designed and hand-sewn for the royal court of Gasparilla in the early 1920s.

“So those were coronation dresses that you would have worn to the fancy balls that were going on at the hotel in Tampa Bay,” Huban said. “Mrs. DC Lee from Tampa saw her work and thought it was just fantastic and brought her to Tampa to be a seamstress here. And within a few years the prominent families in the area were all going to Ann Lowe to get their dresses. and designed dresses.”

Her skills and attention to detail have made Lowe the go-to fashion designer. Despite the color of her skin, she broke barriers.

“It’s pretty amazing that this black woman was brought to Tampa and traveled, you know, across the country, just took a chance that hopefully wasn’t going to turn out badly for her, and it turned out to be a very beautiful story,” says Huban. “She was incredibly successful. She became very well known. She even designed Jackie Kennedy’s wedding dress when she married John F. Kennedy.”

Tampa’s annual Gasparilla Pirate Festival helped put Lowe on the map. Lowe made the dresses for Sarah Lykes Keller, queen of the royal court of Gasparilla in 1924, and Katherine Broaddus, a court servant in 1926.

“We want people to understand how important Lowe was and what connection she had to Gasparilla, which is our thing in Tampa. It’s our story,” Huban said. “And, she was one of them. It was sort of her launching pad that allowed her to be as successful as she was that fashion designers around the world know today as her name. Ann Lowe and now everyone in Tampa can too.”