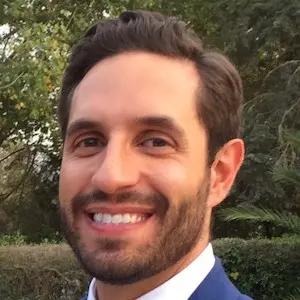 Predictors of secukinumab persistence identified in patients with psoriasis

A recent survey of biologic therapy in patients with psoriasis detailed several predictors of secukinumab persistence, including time to diagnosis of 5 years or less, naïve biologic therapy status, and prior single drug use. biological.

Although biologic therapies such as secukinumab have changed the way psoriatic disease is managed in recent years, researchers have suggested that drug monitoring is crucial to assess the long-term safety and effectiveness of these treatments.

The team recruited adult patients who were diagnosed with moderate to severe plaque psoriasis and started treatment with secukinumab between January 1, 2018 and January 1, 2020.

The persistence time for all eligible patients at 104 weeks was estimated via the Kaplan-Meier estimator and was defined as the time from secukinumab initiation to discontinuation or last medical contact.

Univariate and multivariate Cox regression models were fitted to determine predictors of dropout.

Mendes-Bastos and colleagues evaluated a total of 302 patients, all of whom were followed for less than 3 months. Almost half (41.7%) of the patient population was female and the mean age was 48.4 years.

In addition, the median dermatological quality of life index (DLQI) was 16 and family history of psoriatic disease was 42.5%.

Regarding treatment history, 51.3% of all participants were bio-naïve while 48.7% had previous exposure to biologic treatments. Additionally, most bio-experienced patients (60.5%) had received only one biologic drug prior to the study, followed by 21.8% receiving 2 treatments, 13.6% receiving 3 treatments, and 4 .1% receiving 4 treatments.

Ustekinumab was the most frequently used biologic drug.

Following an exploratory analysis, the investigators found that the patients were predominantly male (37.7% versus 63.1%) (P

The investigators hypothesized that a combination of these factors was responsible for the higher persistence rates in this group of patients.

Following an analysis of the Cox regression model, only 3 of the 5 potential predictors identified as significant in the univariate analysis were judged to have an impact on the persistence of secukinumab.

Crucially, the results indicated that time from diagnosis to start of treatment of 5 years or less was positively associated with a higher likelihood of continuation of secukinumab.

“These results contrast with data reported in the literature and warrant further investigation,” the team wrote.

The study, “Persistence, Efficacy, and Real-World Outcomes in Psoriasis Patients Treated with Secukinumab in Portugal,” was published online in Dermatological therapy.