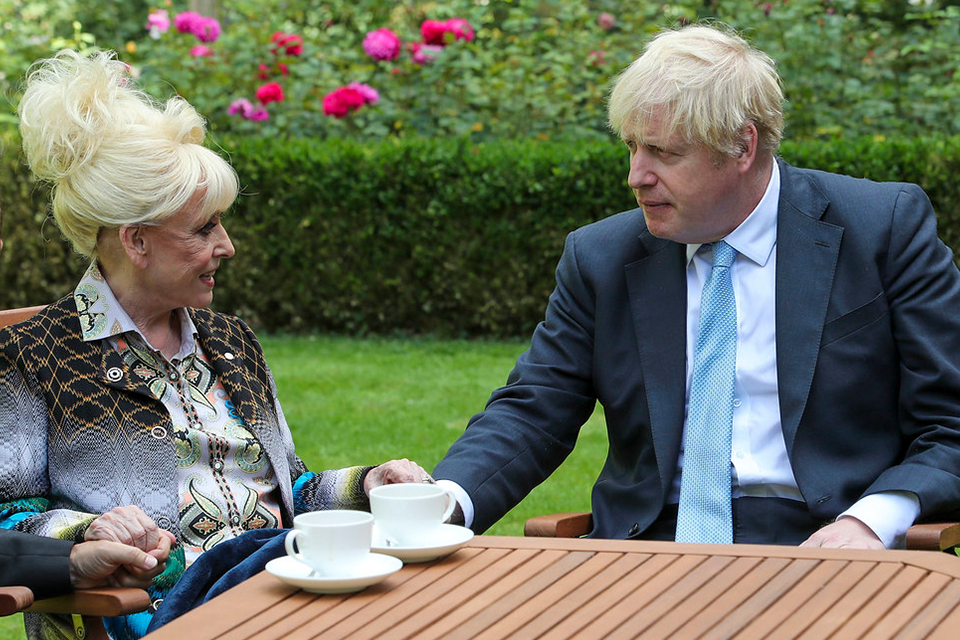 The Prime Minister launched a new national mission to fight dementia and doubled research funding in memory of the late Dame Barbara Windsor.

Dame Barbara’s husband Scott Mitchell met the Prime Minister earlier this week in Downing Street. They discussed the significant suffering caused by dementia and the slow process of finding treatments and cures.

In response, the Prime Minister launched the “Dame Barbara Windsor Dementia Mission”, in honor of Dame Barbara and the millions of other people and their loved ones whose lives have been marred by dementia.

Additional funding of £95 million will support the national mission, increasing the number of clinical trials and innovative research projects. This will help deliver on the manifesto’s commitment to double funding for dementia research by 2024, reaching a total of £160million a year.

The mission will be driven by a new task force, bringing together industry, the NHS, academia and families with dementia. By speeding up the clinical trial process, more hypotheses and potential treatments can be tested for dementia and other neurodegenerative diseases.

The task force will build on the success of the Covid Vaccine Task Force led by Kate Bingham.

Dame Barbara Windsor was a British hero. I had the pleasure of meeting her both on the set of Eastenders as Peggy Mitchell and in Downing Street as we discussed the injustices faced by people with dementia.

I am delighted that we can now honor Dame Barbara in such an appropriate way, by launching a new National Dementia Mission in her name.

Together with her husband Scott, and on behalf of everyone who lives with dementia or has a loved one affected by this devastating disease, I’m doubling research funding and calling for volunteers to join the “Babs” army. . We can work together to defeat this disease and honor an exceptional woman who tirelessly advocated for change.

One million people are predicted to have dementia by 2025 and 1.6 million by 2040. Up to 40% of dementia cases are potentially preventable, but the causes are still poorly understood. Dementia can affect the brain years before people show symptoms, which means treatments need to be tested on people much earlier.

More clinical trials are needed, but these often take too long, with resources wasted trying to find volunteers.

The Prime Minister today appealed for volunteers, with or without a family history of dementia, to come forward and sign up for clinical trials of preventative therapies, dubbed ‘the army of the Babs’.

The first in 15 Prime Ministers and more than 70 years to seize the nettle and reform social protection, I am so happy that Boris had the conviction to make this reform. I am so honored that he not only reformed social care, but also committed this new money in Barbara’s name to make the research breakthroughs needed to find a cure for dementia.

Barbara would be so proud to have had this legacy which will hopefully mean that families in the future will not have to go through the same heartbreaking experience that she and I had to endure. I can’t help but think of her looking down proudly.

Volunteers can register their interest on the Join Dementia Research website. The new task force, combined with the additional funding, will work to reduce the cost of testing while accelerating delivery. Existing NIHR infrastructure will be used, building on new ways of working developed during covid vaccine clinical trials.

A recruitment process will begin this week for a task force leader, with the successful candidate focusing on galvanizing action while ensuring the best use of taxpayers’ money.

The new national mission will draw on recent advances in biological sciences and data, including genomics, AI and the latest brain imaging technologies, to test new treatments from a growing range of possible options.

Researchers will look for risk factor signals, which could help people at risk of developing dementia understand how they might slow down or prevent the disease in the future.

Anyone who lives with dementia, or who has a loved one, knows the devastating impact this disease can have on their daily life, but for too long our understanding of its causes has not been fully understood.

Harnessing the same spirit of innovation that enabled the rollout of the vaccine, this new dementia mission, backed by £95million of government funding, will help us find new ways to deliver earlier diagnosis, improved treatments and ensure a better quality of life for those living with this disease, now and in the future.

We are delighted that the government has recommitted to doubling funding for dementia research and that our call for a dementia drugs task force to speed up the development of new treatments has been heard. This marks an important step towards finding life-changing treatments for dementia and supporting our NHS to be able to get these new medicines to people who need them when they become available.

We are extremely grateful to our tireless supporters who have helped keep dementia on the political agenda over the past three years. Over 50,000 people have joined us to contact their MPs, sign petitions and even write personal letters to the Prime Minister himself.

The next 10-year dementia plan is a chance for the next Prime Minister to ensure that this funding is matched by ambitious action and we look forward to working with the government to make it a reality.

2022-08-13
Previous Post: Earth Continents Created by Giant Meteor Impacts in the First Billion Years of the Planet’s History: Research
Next Post: The Cost of Victory: Converting a War Economy to Peace