In the nearly 100-year history of the Chess Olympiad, this is the first time that India has hosted the prestigious event

In the nearly 100-year history of the Chess Olympiad, this is the first time that India has hosted the prestigious event

Prime Minister Narendra Modi on Sunday announced the first-ever Chess Olympiad torch relay ahead of the 44th edition of the event, which will be held in Mahabalipuram from July 28 to August 10.

The international chess body, FIDE, for the very first time instituted the torch relay, which is part of the Olympic tradition but has never been practiced in the Chess Olympiads.

FIDE President Arkady Dvorkovich handed over the torch to the Prime Minister who handed it over to the legendary Viswanathan Anand.

The torch will be taken to 75 cities in 40 days before arriving in Mahabalipuram near Chennai. At each location, the state’s chess grandmasters will receive the torch.


In the nearly 100-year history of the Chess Olympiad, this is the first time that India will host this prestigious event. With 188 countries registered for the next Olympiad, the country should attend a huge assembly of nations for a sporting event for the first time on Indian soil.

Speaking on the occasion, Prime Minister Modi, who performed a ceremonial gesture on the chess board against female Grandmaster Koneru Humpy, said: “The first ever torch relay of the Chess Olympiad starts from the ndia is also the first time that India has hosted the big event. 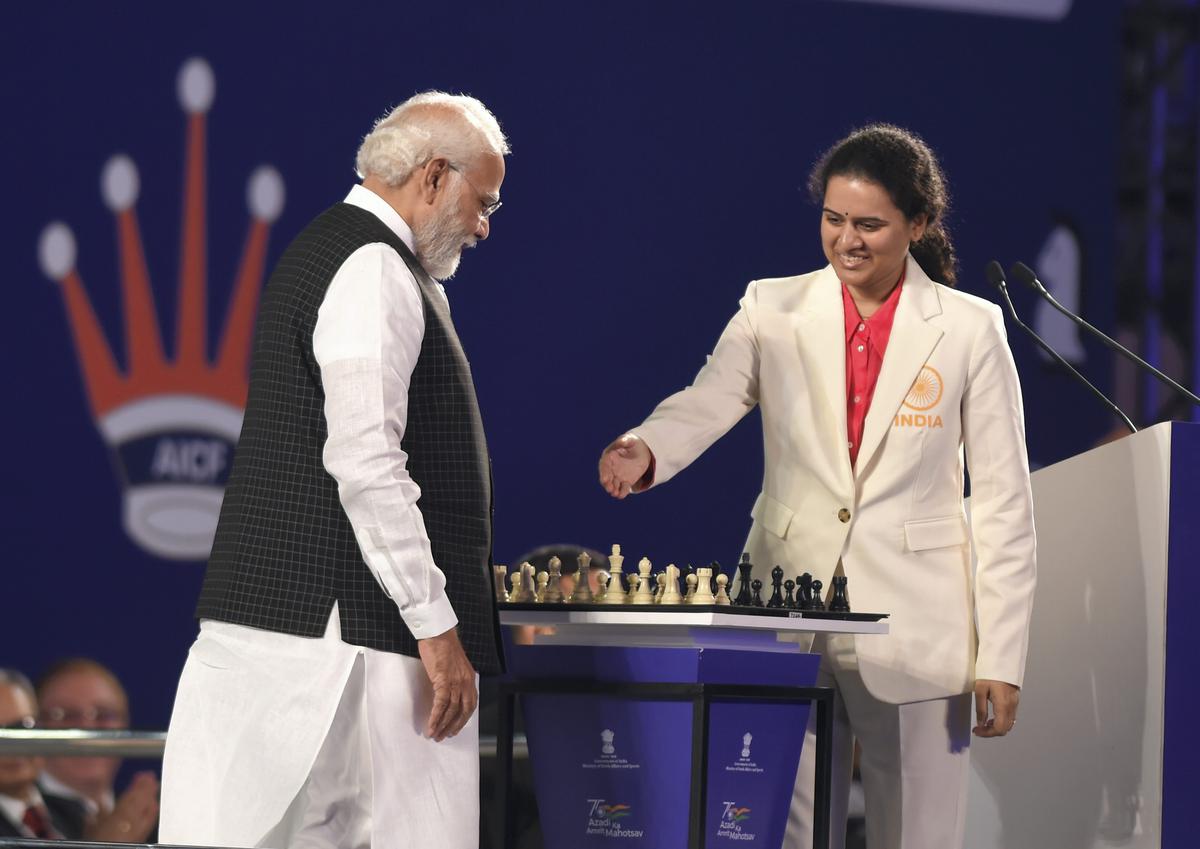 “FIDE has decided that the torch relay will start from India. It is not only the honor of India but the honor of chess.” Prime Minister Modi said chess was not just a game, but had become an educational tool.

“In India wrestling, kabaddi, malkhamb were played to keep fit and for analytical skills, our ancestors invented chess. Chess traveled all over the world and became popular. Today chess have become an educational tool, chess players become problem solvers,” he said. .

Prime Minister Modi has said yoga and meditation are essential for chess success.


Sports Minister Anurag Thakur, who also attended the big event, thanked the Prime Minister for his support for sports.

“It is a great opportunity for India to have the home country of chess hosted in this country. I thank the Prime Minister for his efforts and support.” “Whenever the torch relay takes place, it will start from India. In 1956, India participated for the first time in the Chess Olympiad and then took years to win a medal, but after that, she never looked back,” he said.

“Today, there is a huge awareness of sports in the country, thanks to our PM. He is not only a sports enthusiast, a sports lover, he is also a sports enthusiast who cares about our athletes. World Chess Organization President Mr Dvorkovich said he was grateful to the Indian government for hosting the prestigious event.

“FIDE is grateful to the Government of India for taking this initiative which will make this game popular. I hope chess can be part of the educational curriculum of all schools in India and around the world,” he said. .

“India today is the fastest growing chess country in the world. It is a dream to host the Olympiad in India.” The ceremony began with the traditional dances of India representing the 64 squares.

The program also presented the history of the ancient game, its origin and its evolution.

2022-06-19
Previous Post: What if the Edmonton Oilers trade Jesse Puljujarvi? For and against
Next Post: The Hidden History of African Americans in Coronado