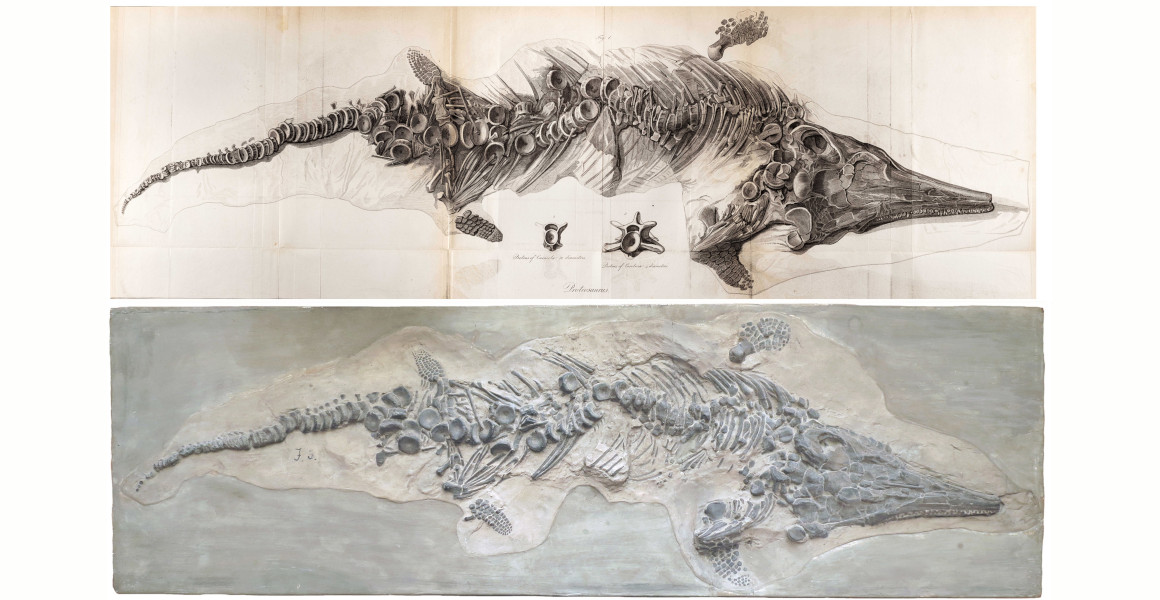 How were the ichthyosaur casts found?

Following the bombing of the Royal College of Surgeons, it was thought that this ichthyosaur specimen has been lost to history.

But 75 years later, Dean and his co-author Professor Judy Massare were conducting research at the Yale Peabody Museum in Connecticut, USA, in 2016, when they came across a specimen believed to be a true fossil. of ichthyosaur.

However, scientists did not recognize it as a real fossil but as a cast of Home’s original specimen which had been painted to look like a fossil. Three years later, Dean will discover another cast in the collections of the Museum für Naturkunde in Berlin, Germany, whose origins are also unknown.

Dr Daniela Schwarz, Head of the Reptile Fossil Collection at the Museum für Naturkunde, says: “I was truly amazed that a cast of this important specimen remained in our collection for over a century.”

“This discovery demonstrates the need to carefully preserve indeterminate, sunken material in a natural history collection, because there will always be someone who discovers its scientific value in the end.”

Peabody’s cast is believed to be the oldest of the pair and less detailed and more worn than Berlin’s. Although both differ from the original illustration, the Berlin specimen is believed to have benefited from more advanced casting techniques which preserve the original fossil in greater detail.

“Until now, William Clift’s drawing was the only visual evidence we had of the ichthyosaur,” says Judy. “Now, with two casts, we can verify its reliability.”

“We identified a few bones that Home missed and found some discrepancies between the drawing and the casts.”

Researchers hope that the rediscovery of the casts could spur re-examination of collections around the world and perhaps uncover other specimens thought to be lost over time.

“I suspect that several other Proteosaur casts will be revealed,” Dean says. “It’s intriguing that we haven’t yet found a cast in the UK, given its importance to British palaeontology, so I suspect one or two could be from an institution here.”

“I hope this article inspires curators and other researchers to take a fresh look at the casts held in collections, as there may be some incredibly important specimens lost to science that may still be out there.”

2022-11-02
Previous Post: Ole Miss sends trio to San Diego for ITA Fall Nationals
Next Post: In Brazil and Israel, leaders show Trump that there may be next political acts