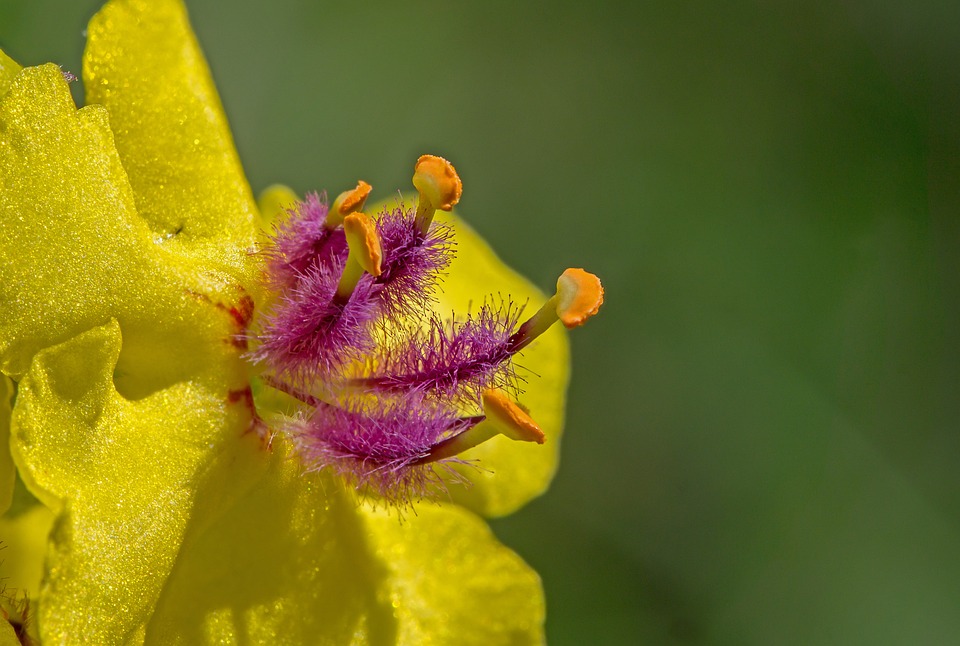 The genus Verbascum (Scrophulariaceae, Lamiales), often called “mullein”, comprises about 360 species widely distributed in temperate regions of Europe, Africa and Asia. The generic circumscriptions and localization of the genus Verbascum is a challenge that has been debated among scholars. The genus Verbascum is still poorly known and new species are regularly described. The taxonomy of Verbascum has been a source of contention, and it varies depending on the treatment.

Understand the evolutionary relationships of Verbascum species and other species in the order Lamiales. Researchers from the Wuhan Botanical Garden of the Chinese Academy of Sciences (CAS) analyzed the complete chloroplast (cp) genomes of the eight Verbascum samples.

Although the plastid genome structure of Verbascum is generally conserved and stable, a total of 348 single sequence repeat loci were still detected in seven species, and these regions were to be further developed as important molecular markers for Lamiales. Based on the phylogenetic results, the species status of V. brevipedicellatum (Engl.) Hub.-Mor was restored.

Additionally, the researchers suggested the re-establishment of the Phyramaceae and Mazaceae families as they formed separate clades with high bootstrap support values. Notably, their period of divergence was also different. Mazaceae diverged early from Phyramaceae species.

This study sheds light on the relatedness of the different families as well as the estimation of the time of divergence in the order Lamiales.

This study entitled “Taxonomy, Comparative Genomics of Mullein (Verbascum, Scrophulariaceae), with implications for the evolution of Verbascum and Lamiales” was published in BMC Genomics and was supported by the National Natural Science Foundation of China and the Sino-Africa Joint CAS Research Center.

The complete circular map of Verbascum chloroplast plastomes. (Picture by WBG)
/Public release. This material from the original organization/authors may be ad hoc in nature, edited for clarity, style and length. The views and opinions expressed are those of the author or authors. See in full here.
2022-10-20
Previous Post: CENTRAL MATCH: #18 UT at Auburn
Next Post: Game preview: No. 21/19 Cincinnati goes to SMU