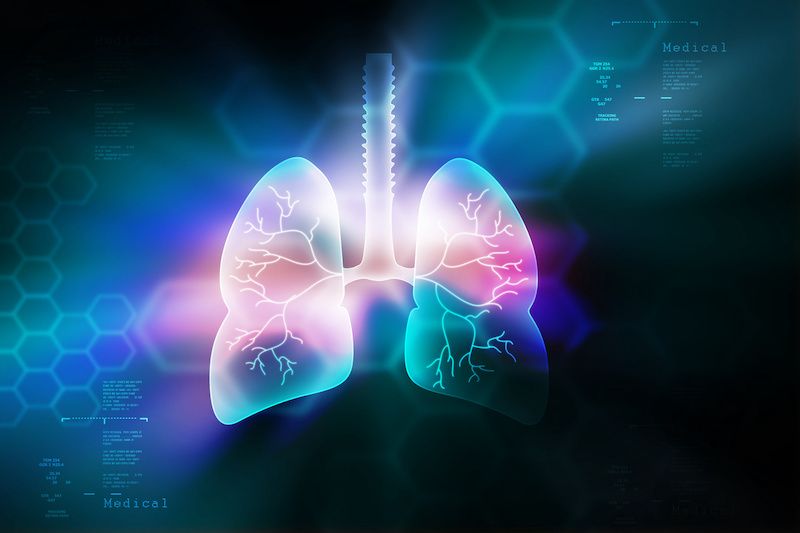 In a new review published in The American Journal of Medical Sciences, researchers discussed how targeted therapies and personalized medicine offer potential to redefine molecular care for lung cancer.

Lung cancer is the leading cause of cancer death in the United States and is often diagnosed in the metastatic setting where it is incurable, the authors explained, adding that nearly 30% of these cases could be caused by mutations that promote tumor growth and proliferation.

Although completing low-dose CT screening for those at high risk of lung cancer (i.e. smokers or the elderly) will improve mortality rates, estimates indicate that 10% to 20% of all new lung cancer diagnoses in the country are in people with no history of smoking and therefore do not meet current screening guidelines.

For some patients with the disease, recent developments in oral therapies have led to cytotoxic chemotherapy being replaced by these treatments as the standard of primary care.

Additionally, since some patients with non-small cell lung cancer (NSCLC) may have an actionable mutation, making them a candidate for these therapies, “understanding the patient’s tumor biology represents one of the best opportunities for personalized medicine currently known”. authors wrote.

A total of 7 known genetic alterations have targeted therapies approved for the treatment of lung cancer in first line. These are most commonly seen when a patient has a history of adenocarcinoma, “but testing should be considered on all tissue types as mutations can be found in tumors of squamous or large cell histology, although less frequently,” the researchers pointed out.

Mutations can be identified by immunohistochemistry, fluorescence in situ hybridization, and polymerase chain reaction DNA sequencing, with the use of next-generation sequencing (NGS) emerging as a promising tool for detecting and reporting multiple mutations and mergers. NGS can be more cost-effective than previously mentioned methodologies and often has superior sensitivity and specificity, according to the authors.

Recommendations currently support the use of NGS when testing patients with NSCLC, while the method can also detect rare or emerging biomarkers to better guide clinical trial enrollment.

Liquid biopsy, or testing for actionable mutations in blood samples, is also a promising advance in the diagnosis of molecular lung cancer. This mode has “enhanced the ability to characterize the molecular profile of cancers, particularly in cases where tumor tissue is inadequate for comprehensive biomarker analysis, and may enable less invasive means of monitoring disease recurrence or development.” new resistance mutations,” the researchers said.

However, tissue biopsy may still be necessary in cases of low-volume metastatic disease; for example, when the cancer is confined to the chest.

Several expert groups also endorse driver mutation testing in later stages of NSCLC, although this practice is not universally practiced, with research showing that patients of low socioeconomic status are less likely to undergo mutation testing. or receive treatment with targeted therapy.

As for specific actionable targets in NSCLC, mutations in the epidermal growth factor receptor (EGFR) are the most studied and the most widespread. Data show that in the United States, 17% to 25% of new cases of NSCLC have this mutation and that it is more common in non-smokers, Asian patients and women.

This mutation was also the first to have a targeted drug developed for treatment. Compared with chemotherapy, EGFR inhibitors have consistently demonstrated milder toxicity profiles and better quality of life in patients.

In addition to EGFR mutations, studies have also identified mutations in anaplastic lymphoma kinase (ALK) in the NSCLC, with ALK genetic rearrangements are present in up to 5% of patients and more common in younger people and those without a history of tobacco abuse.

The remaining genetic alterations identified in this disease are:

“Less than 15% of all lung cancer diagnoses are made in patients younger than 50, but in this group the incidence of driver mutations can increase by almost 60%,” a finding that leads to unique challenges when it comes to treating younger patients with lung cancer.

For example, this patient population may be more vulnerable to financial and psychosocial barriers than their older counterparts. Younger patients are also more likely to have no health insurance at the time of diagnosis, while additional issues such as fertility issues may be present.

“It is paramount that for any patient with a new diagnosis of advanced NSCLC, especially young patients without a significant smoking history, testing for driver mutations on tumor tissues and potentially on peripheral blood be performed,” the researchers concluded. .

“With the right diagnostic approach for comprehensive testing, providers can seek to improve both the quality and length of life for their patients with a new diagnosis of lung cancer.”