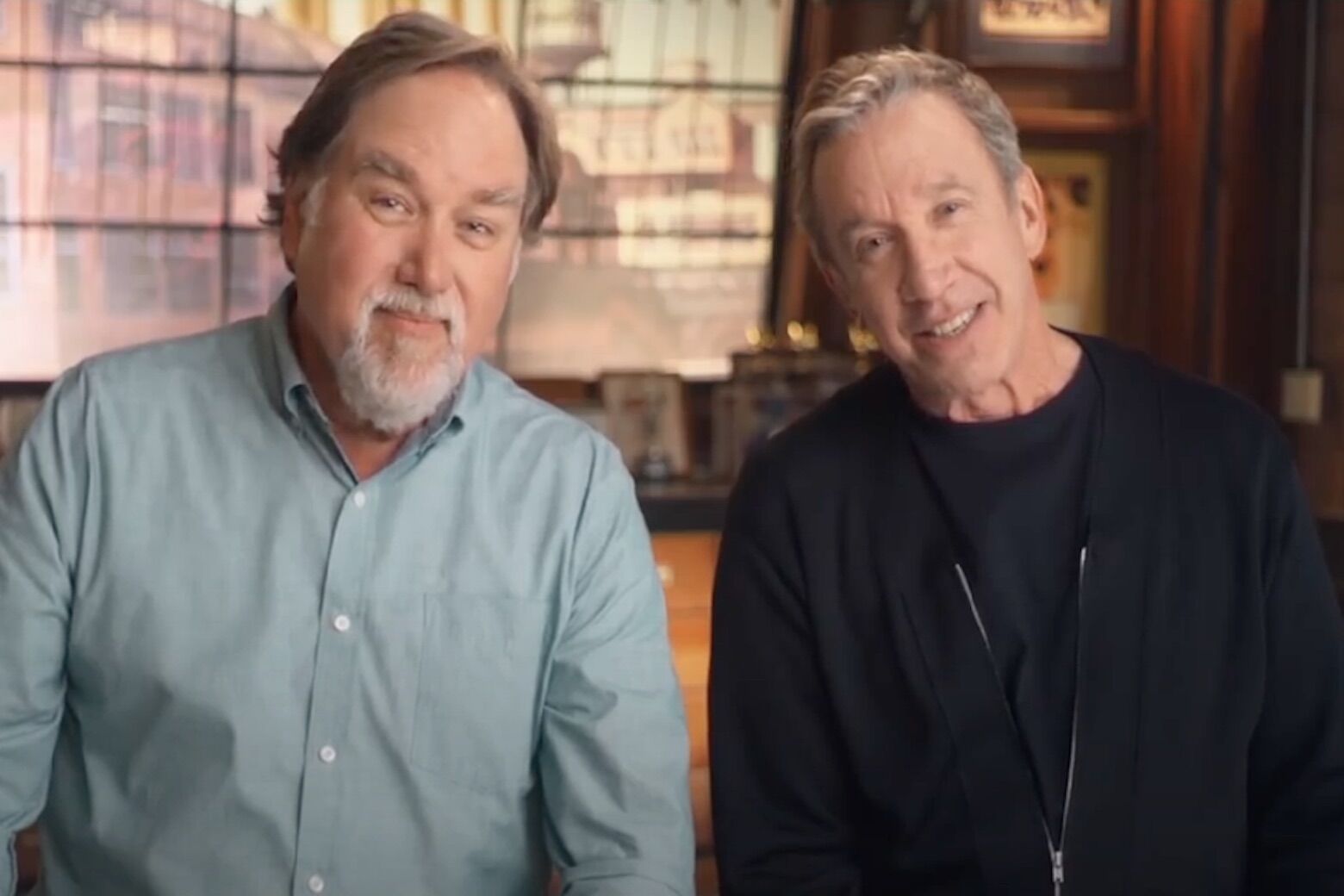 Are you nostalgic for the growls of Tim “The Tool Man” Taylor’s 1990s sitcom?

You might want to check out History Channel’s new series “Assembly required,” which will rebroadcast episode 1 at 6 p.m. and air episode 2 at 10 p.m. on Tuesday.

In the ’90s, Allen roasted macho stereotypes in “Home Improvement” as an accident-prone husband and father of three sons, namely Jonathan Taylor Thomas (pre-Simba). His conscience was Wilson, next door to the backyard fence, whom Allen wanted to reveal as the figment of Tim’s imagination in the finale before his co-creators dismissed the smart idea.

Still, the special sauce of “Home Improvement” was its show-in-a-show “Tool Time”, spoofing shows such as “This Old House” by Bob Vila and “New Yankee Workshop” by Norm Abrams. Today those shows are DIY videos on YouTube, but “Tool Time” was a hilarious weekly excuse to watch Tim cheat on man caves and blow things up.

It’s great to see the duo again in “Assembly Required”. Karn shows off the bearded charisma he brought to his flannel-clad Al Borland and later to “Family Feud,” while Allen reminds us of his criminally underrated comedic timing in hits such as “Home Improvement,” ” The Santa Clause “,” Toy Story “and” Last Man Standing “.

So far we’ve heard Allen’s patented growl, but we’re still waiting for Karn to say, “I don’t think so, Tim.” Once again they have an assistant (April Wilkerson) and the word “TIME” written in classic blue letters on the metal door of the store. I guess they couldn’t get the rights to “TOOL TIME” but still wanted to wink at the audience.

Episode 1, “Bring the Heat,” saw three contestants create a water extinguisher from an air compressor and a metal tank. After an elimination, the two finalists had to build a custom leaf blower that doubles as a flamethrower, sporting artful designs of military green and black dragon metal. My favorite finished second.

Episode 2, “Smokin ‘Hot,” will have three contestants build a flame brazing torch before pitting the two finalists against each other in a battle to build the best mobile barbecue.

At its best, the competition boasts the same ingenuity of Ed Harris throwing a box of items on a table for NASA engineers to fix the shuttle in “Apollo 13” (1995) – coincidentally the same year as Buzz Allen’s Lightyear said, “To infinity and beyond!”

At worst, “more power” tasks are difficult to follow. The generally charming hosts are awkwardly forced to watch the challenges on a flat-screen TV showing the candidates in their workshops remotely, rather than interacting in person. Sure, Allen and Karn could make more real-time jokes if they stood next to the competition.

It is not the hosts’ fault; the blame lies with COVID-19 and its social distancing restrictions. We can admire the showrunners for at least trying to create a new agenda during the pandemic, but we the public can feel the detachment.

I promise to stick with it for a few more episodes, but you’re probably better off watching old reruns of “Home Improvement” until the pandemic is over. Hope it is not canceled because it has real potential when life gets back to normal. Until then, it’s a replay of the 2-star reality of a 4-star sitcom with a bulletin read, “Needs Improvement.”