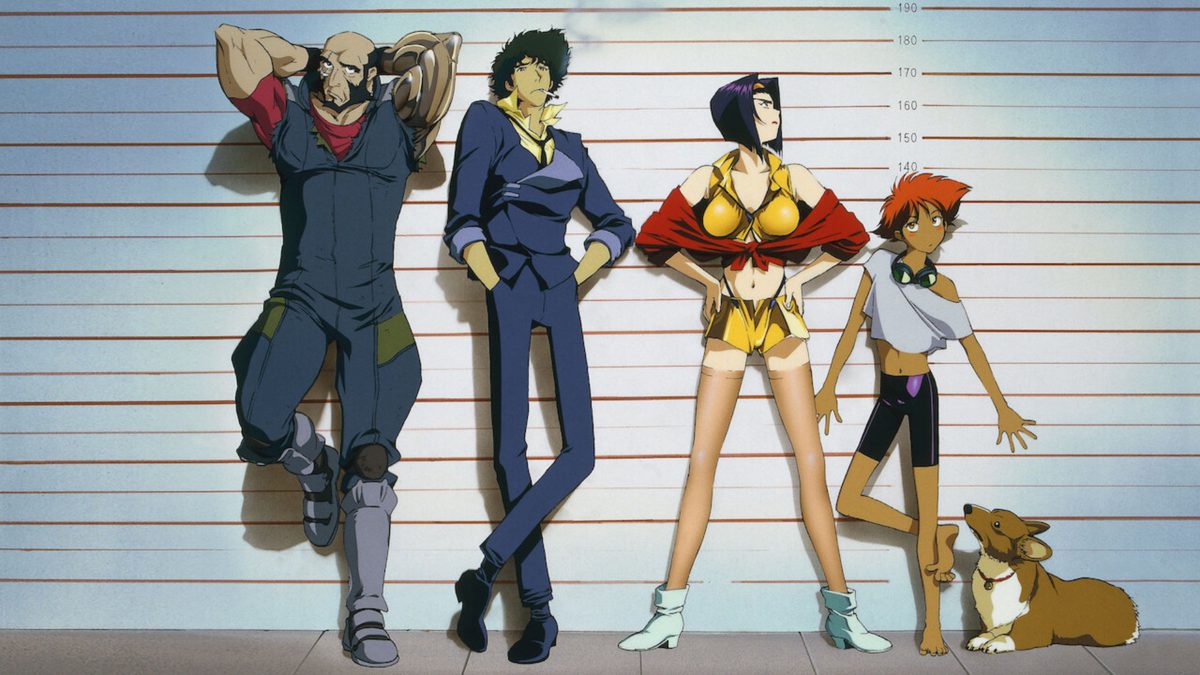 Revisiting Cowboy Bebop: Keys To One Of History’s Most Influential Anime

“There are a lot of anime and series about samurai so I didn’t want to do more, I thought about doing something new. I thought of Hip Hop because it’s a genre that I love. The word “Champloo” refers to a dish from Okinawa, in the dialect of which means “to mix”. Samurai Champloo is a series that mixes“. This is how he spoke of the great Shin’ichiro Watanabe to one of his most recognized works, especially the second in which he was chief director. The first, which marked his debut as the highest creative authority, was Cowboy Bebop and, curiously, it comes to him this reflection that neither one nor the other painted.

The origin of the cowboy

Shin’ichiro Watanabe has become, on his own, one of the most influential names in Japanese animation, a status he acquired after the first job in which he was able to exercise total control; Cowboy Bebop. Prior to that, he participated as an episode director in Kidou Senshi Gundam 0083: Stardust Memory, and in Macross More with its creator, the mythical Shoji Kawamori, which in turn is responsible for scripting Talk like a child, episode 18 of the series At Hand. After that, as Watanabe himself said, a commission from Bandai (the toy brand) planted the seed of the universe of our beloved bounty hunters. The initial idea was to sell toys based on this universe, but it was eventually abandoned in the face of a more promising prospect of launching an anime with a higher profit projection, mainly through the sale of VHS and DVD copies. .

You already know the rest of the story: a disastrous first broadcast on TV Tokyo, in which they only released 12 episodes, with cut scenes and modified dialogue; a subsequent launch, one year, on WOWOW (the first pay-TV channel in Japan), this time under conditions; Yes the subsequent leap in the American market, in which it became an instant classic that helped improve the perception of Japanese animation outside of its place of origin. The success of the series in the United States has exceeded all the expectations of its creators, staging of a sort of cultural uroboros between Japan and the West which, in this piece, becomes particularly visible.

A cultural and narrative pastiche

Cowboy Bebop enters the stream propelled by the Cool japan, the process by which Japan has built the cultural identity it sells to the world, a creatively recognizable brand, and a strategy that looks directly at the United States and its use of the film industry to sell the “the American way of life”. All this Japanese creative construction, which exploded in the 80s and 90s, has as its protagonists many authors born after World War II, such as Watanabe himself, born in 1965, with American culture fully established in his country. It is therefore not surprising that, when asked about their credentials, directors like Sam peckinpath and his twilight western, The wild group (1969), the Don Siegel (Dirty Harry, 1971). Director collects clues from these authors and mixes them with Shoji Kawamori’s meticulous world-building and then, He mixes them up again with dozens of films and works of his interest., leave space for one of the most eclectic productions that exist in terms of a mishmash of genres.

The 26-episode series navigates comedy, thriller, space terror, western, boyfriends movies, space opera, gangster cinema and sci-fi, among many other genres, taking into account tropes and keys to each of them. As for Samurai Champloo, it’s a series that mixes. Indeed, in addition to genres, he mixes styles, narrative approaches and stories. In his haste to mix things up, he ends up tackling the complex narrative, so typical of the animation of its time, to deliver a series of messy stories that play with their strangers throughout the journey, making their characters their greatest constant.

If we attend the synopsis of the live action adaptation of Cowboy Bebop, we’ll see what the following says:

“In 2022, Earth begins to connect with other planets in the solar system through the gates of hyperspace. Everything seems to be going for the best until an explosion occurs in one of them and destroys the surface of the Earth and half of the Moon. In 2071, after the exodus of humans on all planets, there is great chaos in the universe, paving the way for all types of criminals. This is how the Bebop ship crew appear, who are bounty hunters. In the BEBOP journey, Spike Spiegel and Jet Black, Faye Valentine, Ed and the mascot Ein. Together, they roam all the planets of the solar system in search of adventures and treasures of all kinds. “

A story of good stories

This text exposes in an infinitely clearer way a context which, throughout the series, is drawn with subtle brushstrokes to which one must be attentive. Cowboy Bebop treats his story structure with such care that he makes it one of his main strengths. And that’s something that happens both at the macro level, relative to the general arc, and in the episodes themselves, which have millimeter editing and scripts in which the figure of Keiko Nobumoto (unfortunately passed away a few days ago).

But to talk about the structure, the first thing we need to be clear about is that all narration is, in essence, a succession of events that take place in a specific period of time. How to play with temporality is what will give birth to the structure. There is a distortion, the one that occurs between the time of history and the time of history, which is present in any type of narrative. The story of how today I went to buy bread, for example, would be as follows: “This morning there is no more bread. When I left work, I remembered that there was no more bread. On the way back I bought a bar in the neighborhood bakery “. However, upon entering the house, to convey this fact to my partner, I will build a story: “I bought bread. I remembered right after work that this morning was over “. Between the moment of the story and the moment of the story, there is a distortion which affects the order, duration and frequency of events.. Yes Cowboy Bebop plays with her masterfully generate a storytelling that tells us the personal story of each of the Bebop crew members.

Setting moderately arbitrary boundaries, you could say that Spike’s story would begin with the incident with the Red Dragon (the crime syndicate) and Jet’s incident with his arm. However, the stories of these stories are delivered to the viewer in a fragmented manner, cut into dialogues, drawn (sometimes) as jokes between colleagues who know each other well enough to know what not to talk about, or as analepses (flashbacks) which come back several times. Something similar is happening with Faye, with Ed, with Ein and even with the world he poses., since the story of the hyperspace portals, and the Earth catastrophe, is also delivered in a fragmented fashion, as part of the plot of seemingly unrelated episodes.

From bottom to form

This world, which the series explains in such a chaotic way, is in turn a hypertrophied cultural pastiche., a dystopia resulting from the uncontrolled hyperdevelopment of a totally unbridled neoliberalism. Yes indeed, Cowboy Bebop addresses issues, both universal and of growing interest in the late 1990s, such as ecoterrorism, scientific morality, drug trafficking, corruption, pollution, globalization and broken families.

The mixture, the “Champloo”, therefore aesthetically appreciable and in its soundtrack, is also present in the themes and, as we have seen, in the genres and films that the series highlights. But also, we found him in the Bebop crew, composed of characters of different ages, and of even more disparate origins. And finally, the heterogeneity of the background is transferred to the form, masterfully blending the story of five characters and one world, to build one of the best stories the anime has given us.

For all that, the anarchic universe created by Shin’ichirō Watanabe, seems to me one of the most coherent that I had the pleasure of tasting.

2021-12-18
Previous Post: The ghosts of Weimar: Is Weimar Germany a warning from history?
Next Post: Lions set for Sunday morning with Iowa State in 11th place