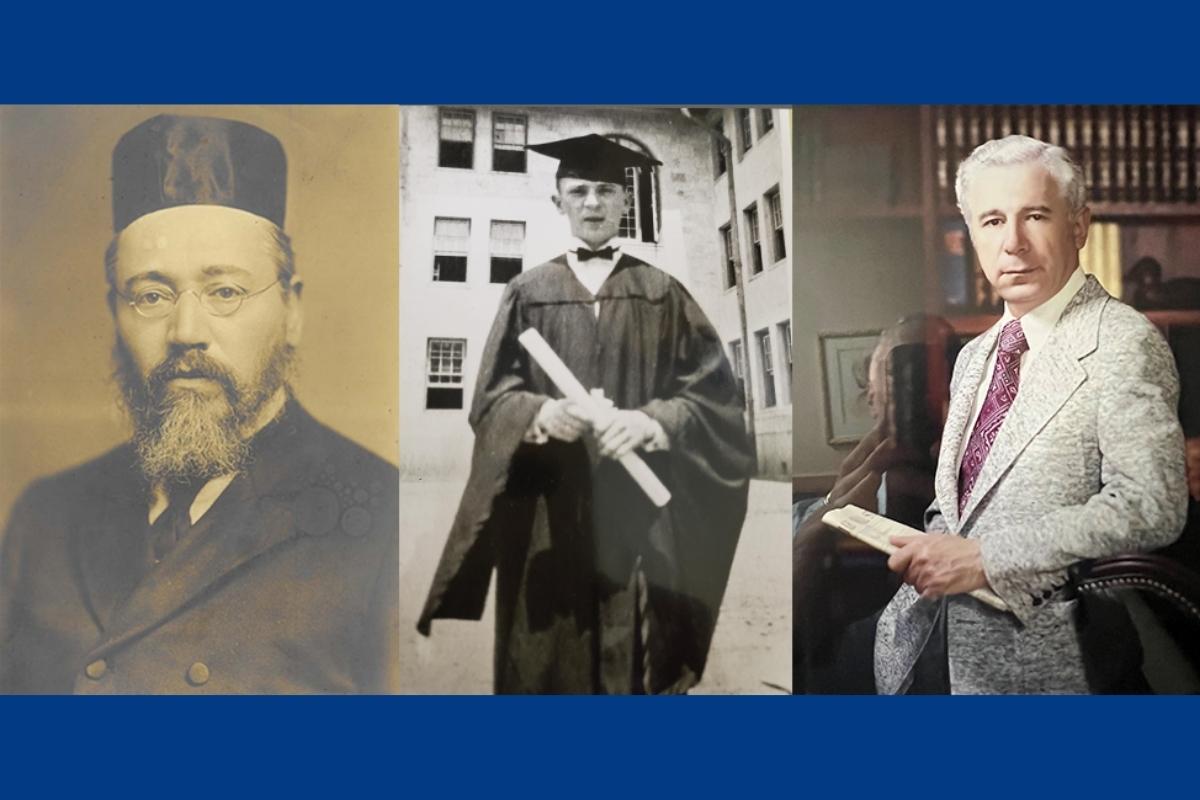 The Stuart A. Rose Library of Manuscripts, Archives, and Rare Books at Emory University celebrates its Southern Jewish collections with the opening of three collections.

The Rose Library will mark the occasion with a special event on Wednesday, October 19 at 4 p.m. in the Jones Room, located on Level 3 of the Woodruff Library on the Atlanta University campus. The event will also be streamed live via Zoom.

The most recent fully accessible collections include the Articles by Bert and Esther Lewyn, The Jack Boozer Papers and Morris Abram Papers.

Emory President Gregory L. Fenves, son of a Holocaust survivor, will introduce the program. Valeda F. Dent, vice-rector of libraries and museums, will be present. Melissa Fay Greene, Kirk Distinguished Writer in Residence at Agnes Scott College and author of “The Temple Bombing”, will speak on the use of Jacob M. Rothschild papers in the archives of the Rose Library to write his book.

Special guests will include cousins ​​Rabbi David Geffen and Marc Lewyn, a former member of Emory’s Board of Visitors, who placed their family’s papers in the Rose Library. Both announce handset Geffen and Lewyn Family Southern Jewish Collections Fellowshipwhich funds a research grant on Jewish collections in the South.

Geffen said a fund he started years ago in his parents’ name – in tandem with their papers at Rose – got a boost when Lewyn approached him to make a large donation to the fund. in honor of Geffen’s parents. Recently, the two cousins ​​worked with Rose Library Director Jennifer Gunter King to dedicate the fund to a Southern Jewish Collections Fellowship on behalf of both families.

“The generous support of the Geffen and Lewyn families has greatly expanded access to critically important archives that support research on topics as diverse as the 1958 temple bombing in Atlanta to the Coca-Cola kosher certification really kosher,” says King. “The Jewish collections entrusted to the Rose Library provide a portal to the past and document the lives and experiences of families who helped define Jewish life in the South.

Lewyn’s father, Bert, survived the Holocaust by hiding in various places in Berlin and staying on the move before emigrating to Atlanta. Geffen’s family, which emigrated to America in 1904 and settled in Atlanta in 1910, includes several generations of Emory graduates.

Geffen says he is proud to play a role in encouraging archival research, particularly in Jewish history.

“After careful deliberations during the COVID-19 years with the Rose’s manager, Jennifer Gunter King, we have decided that the fund would be most appropriate for the study of Southern Jewish history” , says Geffen. “Marc and I are proud that the fund now exists, particularly because 11 members of the Geffen and Lewyn families hold 15 degrees, both undergraduate and graduate.”

“We hope that students and other scholars will have better access to the human experiences of historically significant people, leading to a better understanding of society,” says Lewyn. “We will all benefit from the insights of new generations of scholars into these lives.”

Born in Berlin in 1923, Bert Lewyn (Bert and Esther Lewyn family papers) grew up during the rise of the Nazi Party and escaped the Holocaust, before emigrating to Atlanta. He later wrote his memoirs, “On the Run in Nazi Berlin” (2001), detailing how he avoided capture for most of the war, living on the streets of Berlin and hiding in different places until to be caught and imprisoned. He and several others escaped from prison and fled before finding an aunt he could stay with before leaving Germany safely. His great-aunt and uncle – David Geffen’s grandparents – welcomed him when he arrived in America.

The Family records of Louis and Anna Geffen the collection (1898-2010) centers on the parents of Rabbi David Geffen, but includes documents dating back to Louis’ father, Rabbi Tobias Geffen (1898-1970), who emigrated with his wife, Sara, and their two young children in America from Lithuania in 1903 They eventually settled in Atlanta, where Tobias became rabbi of Congregation Shearith Israel.

Marc Lewyn says a letter written by his grandfather is among the many intriguing objects in the Lewyn collection.

“In 1923, Leopold Lewin (Bert Lewyn’s father and my grandfather) wrote (in Yiddish) to his uncle – Rabbi Tobias Geffen of Atlanta (David Geffen’s grandfather) – lamenting the increase in 10,000% of the cost of bread in Weimar, Germany.” he says. “It’s fascinating to hear the impact on Leopold, his business and his little boy (my father, Bert Lewyn), and on German politics .”

“Bringing two related families together is a blessing,” says Geffen. “My grandparents, Rabbi and Mrs. Geffen, originally from Atlanta from 1910, thanked God for being able to bring home in 1949 their great-nephew, the late Bert Lewyn, who had survived the Holocaust alone in Berlin.”

Research Use of Southern Jewish Collections

The Rose Library’s Southern Jewish collections continue to be a rich resource that allows students and scholars to explore different aspects of Jewish history and draw comparisons with modern Jewish issues and community life. Collections include oral history interviews from the American Jewish Committee Atlanta, articles by David R. Blumenthal, articles by Isaac Don Levine, articles by Jacob M. Rothschild, and articles by playwright Alfred Uhry documenting works such as the Pulitzer Prize-winning play ‘Driving Miss Daisy’ and the Tony award-winning musical ‘Parade’, about the trial of Leo Frank.

Andrew Harrison Baker, a professor of history at Clemson University and a scholar specializing in politics, economic development and Southern cities in the post-World War II South, was the Jewish History Collections Fellow from the South of the Rose Library in 2022.

He conducted research this summer on Max Moses Heller, an Austrian Holocaust survivor who later became a successful businessman, politician and civic leader in Greenville, South Carolina, where the papers are. de Heller at Furman University. Baker’s goal was to compare Heller’s career with Atlanta-area Jewish business, political, and religious leaders, drawing on the diaries of Elliot Levitas, Alfred Wolf, Richard H.Rich and Jacob M. Rothschild, all held by the Rose Library. “It also broadens the project’s comparative perspective by allowing for stronger comparisons between the small Jewish community of Greenville and the larger community of Atlanta,” Baker says in his Rose Library Fellowship application.

“The collections are excellent and I’d love to do more research,” Baker shares in a recent email. “Every collection I’ve worked with has helped me provide a comparative perspective between my subject and the Jewish community in Atlanta. In particular, the Levitas documents confirmed some of the trends I saw in Max Heller’s political career and also demonstrated the differences between the electorate of Atlanta and that of Greenville.

“I was also able to compare how Richard H. Rich and Max Heller handled desegregation in their respective companies,” adds Baker. “Reading Rabbi Rothschild’s letters and sermons is in itself an education in Southern Jewish history and gave me a new perspective on the South during the Civil Rights Movement.”

“I remain interested in doing more work on Southern Jewish politicians and Elliot Levitas would be one of them. He served during a period when the Republican Party began to rise in the South and eventually lost his seat in Congress to a Republican challenger. It would be interesting to compare the experience of Jon Ossoff (US senator for Georgia) with that of Max Heller, Levitas and others.

For more information on using the collections of the Rose Library, visit the library website