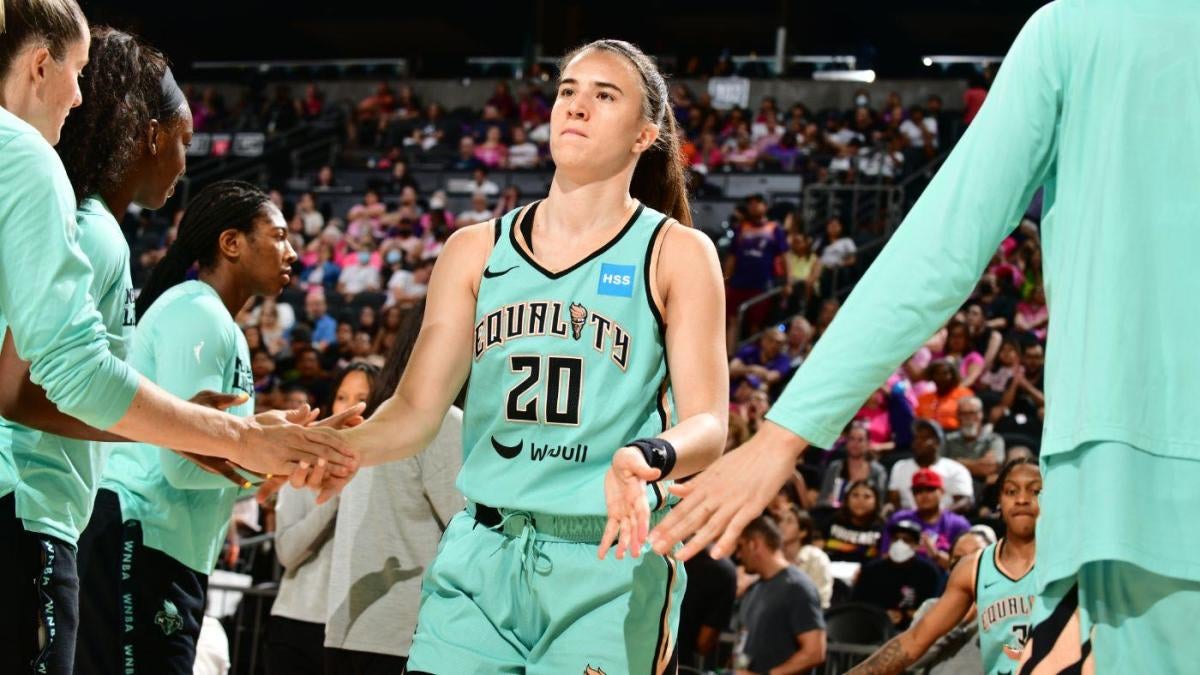 Sabrina Ionescu becomes the first player in WNBA history with 500 points, 200 rebounds and 200 assists in a season

New York Liberty guard Sabrina Ionescu needed less than 30 seconds to make history on Saturday night. With an assist to Crystal Dangerfield on the team’s first possession, Ionescu became the first WNBA player to record 500 points, 200 rebounds and 200 assists in a single season.

Taking the ball from Stefanie Dolson, Ionescu dribbled towards midfield and caught the eye of several Phoenix Mercury defenders. She then made the easy pass to Dangerfield who was left wide open on the wing and buried the 3-pointer.

It’s an incredible achievement by Ionescu, and it becomes even more impressive when you realize how rare it is for anyone to come close to those numbers. Only two players – Cappie Pondexter and Candace Parker – have reached 500 points, 150 rebounds and 150 assists in a season, by Through the timeline. If you lower the threshold to 400 points, 150 rebounds and 150 assists, the list still only extends to Lindsay Whalen and Alyssa Thomas.

Ionescu’s ability to impact the game in so many different areas is unique. Going into Saturday night’s game, she was averaging 17.5 points, 7.1 rebounds and 6.4 assists per game – good for eighth, 11th (tie) and third in the league, respectively. She is the only player in the league in the top 15 in all three categories and does so as a 5-foot-11 guard. After a frustrating start to her career, she’s showing why she was one of the best college players of all time and first overall in 2020.

Earlier in the season, Ionescu made history as the first player to record a 30-point triple-double, and in the process tied Candace Parker for the league’s all-time lead in triple-double. with three. She also recently set the Liberty franchise record with 16 assists in a win over the Mercury.