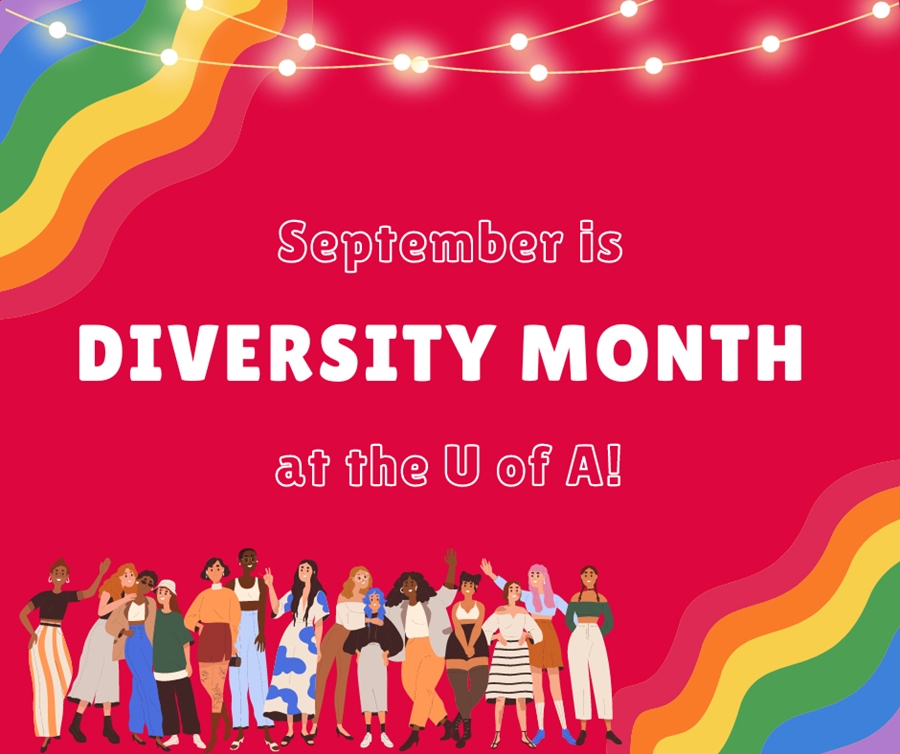 September’s Diversity, Equity and Inclusion Month celebration at the University of Alberta draws to a close

The U of A Division of Diversity, Equity and Inclusion, in partnership with colleges and campus units – including the Fulbright College of Arts and Sciences – celebrated diversity, equity and inclusion throughout the month of September.

The tradition of celebrating DEI in September began at the U of A in 2020, and now in its third year, the celebration is stronger than ever, with a slate of events and initiatives to help the U of A community. to integrate more inclusive practices. 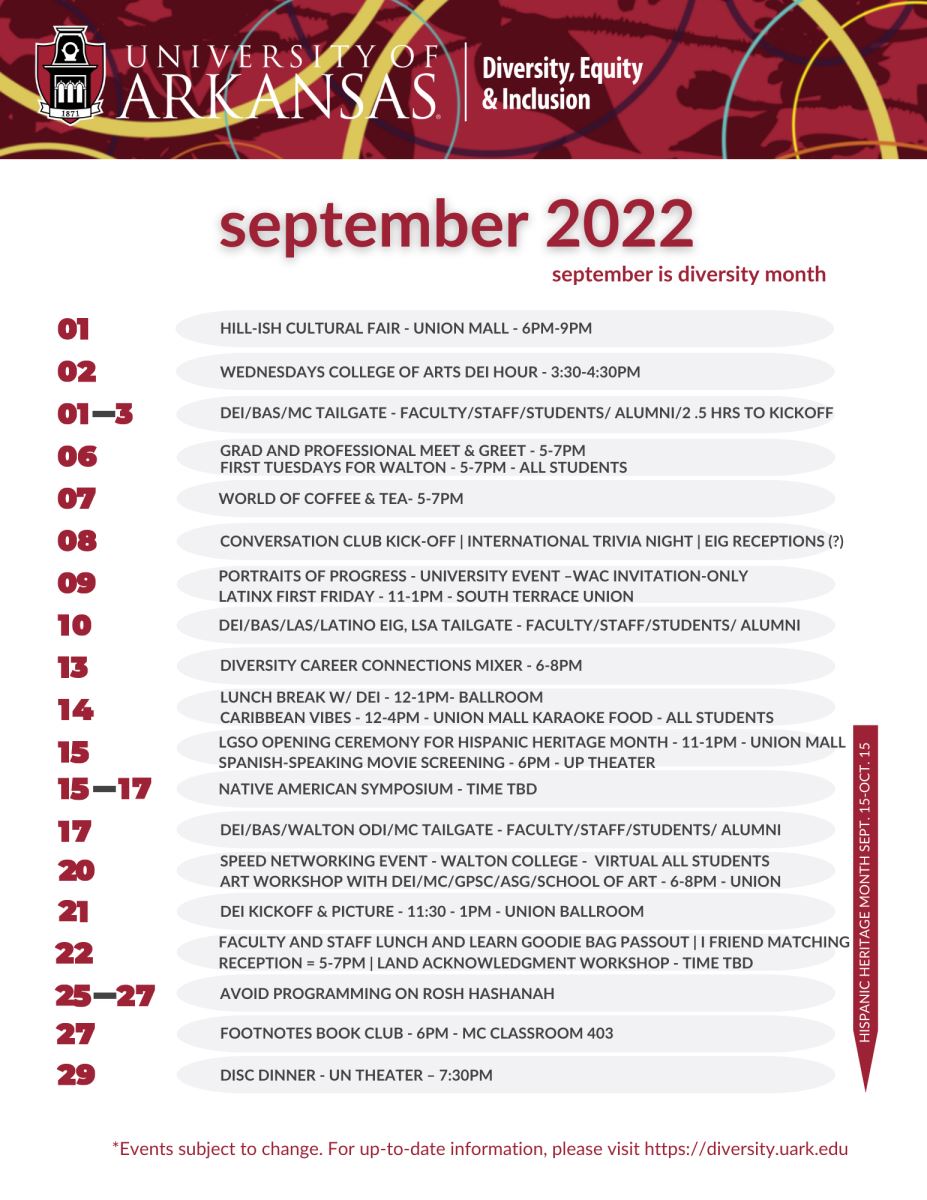 “The work Tameka Bailey is doing to bring STEAM education to our campus and to the Arkansas Delta and create more opportunities for underserved students in Arkansas is nothing short of amazing,” said West.

“And Dr. Valandra does vital research to collect, digitize, illustrate and disseminate Black life stories and was also recently recognized for her unwavering commitment, scholarship, research and service to support survivors of sexual violence “, she added.

“Also, Lawrence Panther is now offering Cherokee language classes here at the U of A for the very first time – which is truly historic for our university and our Native Studies program,” she said.

DEI month events kicked off on September 1 with the Hill-ish Cultural and Resource Fair. Hosted by the DEI Division Student Council, the fair offered students from different backgrounds and experiences the opportunity to join student-run organizations, receive valuable resources, and connect with offices and departments. campus to improve individual chances of success on the U of A campus.

These stories were then brought to life at the event at the Walton Arts Center, through music, dance, spoken word and art. This interactive and engaging event also featured key figures in the University of Alberta’s history and celebrated the university’s 150th anniversary while challenging attendees to envision the university’s progress for the next 150 years.

“The university’s sesquicentennial isn’t just about the past 150 years,” said Yvette Murphy-Erby, vice chancellor of the Diversity, Equity and Inclusion Division. “It is about the pioneers, the dreams realized and the progress that has been made during this time. As we recognize the 150th anniversary of the U of A, we also celebrate the many figures in our history who have made advancing the university to create a more diverse, equitable, and inclusive Campus.”

One of the university’s best-known pioneers is Silas Hunt, a Texarkana native and World War II veteran, who also gave the event his name.

He became the first African-American student to attend a major public university in the South when he was admitted to U of A law school on February 2, 1948. To honor Hunt, the university created the celebration of the Silas Hunt Legacy Awards, first presented in 2006, to recognize individuals and organizations who have had a significant impact on the U of A and the state – just as Hunt did.

“Celebrating the legacy of Silas Hunt Portraits of Progress was a great way to celebrate how far the University of Alberta has come, with an eye to the future and what more we need to accomplish,” said West.

“One of the best parts of the evening was also when we were able to honor Yvette Murphy-Erby and induct her as one of the Portraits of Progress stories for her dedication and incredible contributions to DEI,” said -she adds. “She has been a passionate advocate, working diligently to create a sense of belonging on our campus for all who learn, work and call the U of A home.”

West said Murphy-Erby was a professor and leader at the School of Social Work and Fulbright College before leading the U of A’s Division of Diversity, Equity and Inclusion, and that the growth and the support of leaders like her are essential to the continued success of the university. .

Learn more about Valandra’s work to collect Black Lives Matter stories and her Beacon of Hope Award in the Fulbright REVIEW.

Learn more about Lawrence Panther and his Cherokee language lessons in the Fulbright REVIEW.

Portions of this story also appeared in the Fulbright digital publication REVIEW.