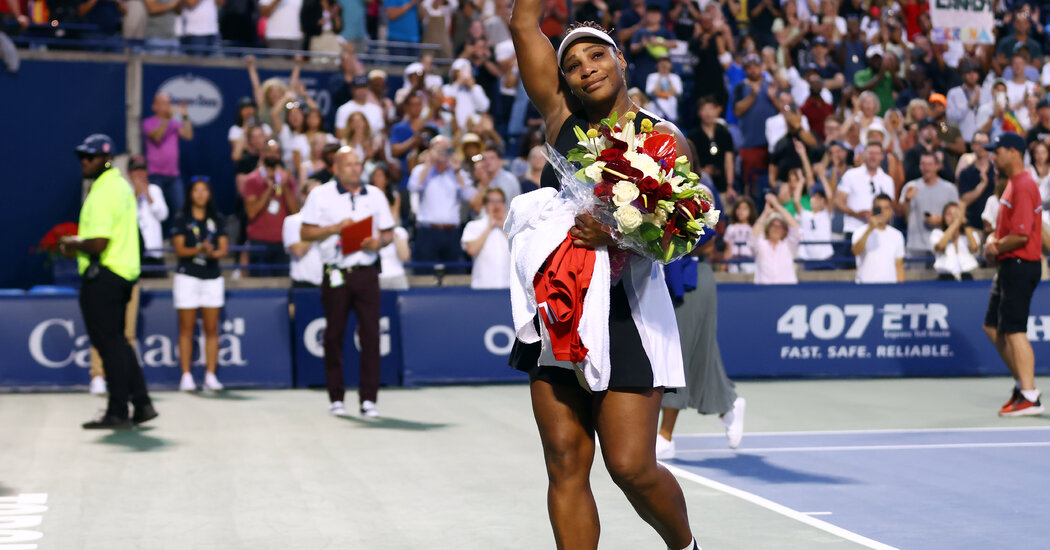 It was. Williams, with wet eyes, thanked the crowd for their support for 22 years. “I was so happy to be here today,” she said.

Fans, who gave Williams a standing ovation twice before the start of the match, and a long one after, held up signs that read: ‘Serena Williams for Prime Minister’, ‘Canada Loves Serena’, ‘Queen’ and simply “Thank you Serena. ”

“Tonight was about her,” Bencic said during his on-court interview.

Hale dined for four hours at Harbor 60, an expensive Toronto steakhouse, with Serena and Venus Williams on Saturday night.

“She didn’t tell me the Vogue article was coming, but she said retirement was coming,” he said. “All the signs were definitely pointing to retirement at the US Open. She’s really ready to move forward with the next chapter of her new life. She’s excited, she’s not sad, but she’s going to be very, very emotional tonight. I don’t think it’s hit her yet.

She’s clearly having fun in Toronto. Over the weekend before the tournament began, she and her husband, Alexis Ohanian, and their daughter, Olympia, went to medieval times, the theater show with crowns and swords. Then on Monday, she won in straight sets against Spaniard Nuria Parrizas-Diaz, her first singles win in over a year. “I forgot what it was,” she said.

It was Olympia’s first time in a full match, and she gave her mother a low-five — a must-have gesture when you’re 4 — after her win. “I was super excited,” Williams said. “It was good for her to have that memory. She never had it because I always kept her away.