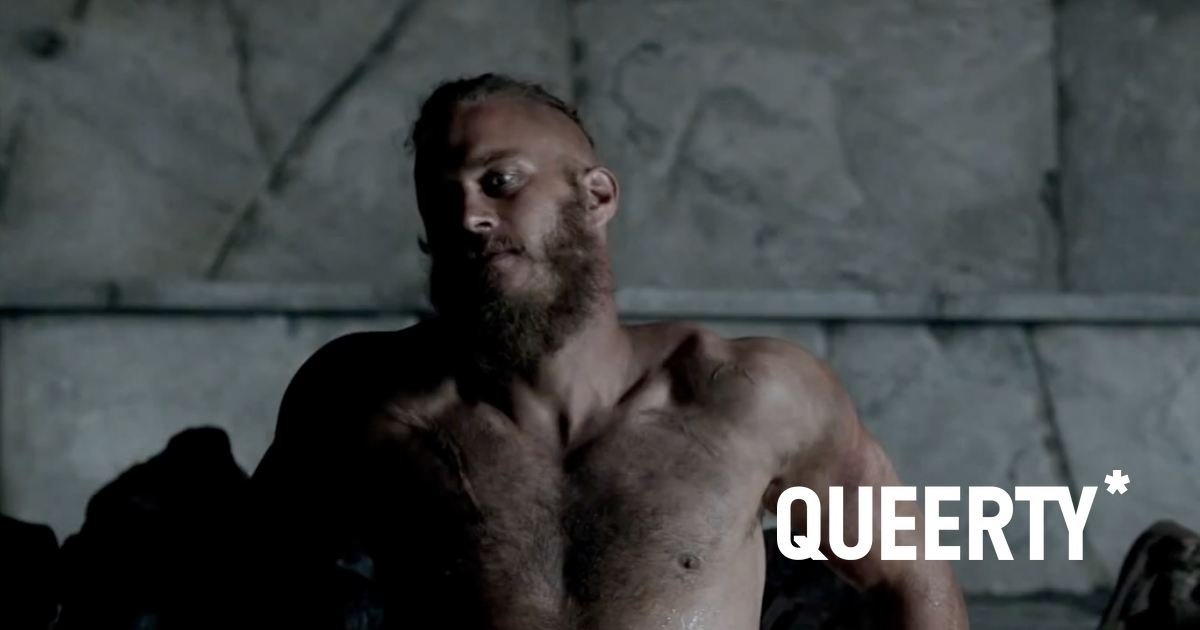 Last week we alerted you to The History Channel’s upcoming event docu-series, Coliseuma perhaps unintentionally sexy look at the eye candy-filled gladiator age of ancient Rome that had us setting up our DVRs on the network for the first time since…ever?

Well, because we are such great history buffs, it made us wonder what else HISTORY had to offer. It only took a quick Google search to discover that the network’s YouTube page is packed with content that, while not overtly queer, is definitely tinged with enough homoeroticism to appeal to the casual internet browser. – we’re talking hours and hours of footage of burly men recreating ancient battles in often very little clothing.

Related: History Buffs List Their Favorite Facts About Gayness Through The Ages

Of course, there are plenty of other things to sift through. Over the past decade, HISTORY has received a lot of flak for straying from real history, and the YouTube channel reflects that with a bewildering amount of sensationalist videos about aliens, conspiracies, and two dudes who like to dig into garbage. in search of priceless antiques (wait… maybe that last one is a bit gay?).

With that in mind, we’ve put together a handy guide to the most gay content available on HISTORY’s YouTube. Find out below and, who knows? Maybe you will learn something! Or maybe you’ll just watch them in silent mode – that’s fine too, we’re not judging.

We pull out the big guns to start: for our greatest pleasure, there is a whole YouTube series dedicated to showing you how historical warriors around the world managed to become so buff and so strong. From gladiators to ninjas to medieval knights, fitness influencer Omar Isuf walks viewers through workout routines from long ago who – honestly? – seem exhausting. Still, we don’t mind seeing Isur (in Gaga’s words) serve it up in ancient city style.

modern marvels: The strongest men in the world

Now if you are really in muscle – we’re talking big, bulky bodies of steel – you’ll want to watch this classic episode of modern marvels from 2001, which the network uploaded in its entirety to its YouTube. In it, experts examine the world of professional bodybuilding, tracing our strong men and women of today back to the Greeks and the early days of the Olympics. That’s 46 full minutes of vein muscle.

Clash of the Gods: Hercules defeats the Hydra

From high school history class and/or Disney, you’re probably familiar with the legend of Hercules, the athletic demigod who rose from zero to hero. Still, you might not mind hearing his story again via this Greek mythology series, which has the good sense to cast a bulky, square-jawed actor to play the titular hero in various recreations of his “12 Labors.” He’s such a beef that you won’t even care how bad CGI Hydra is… Not that much, at least.

One of the network’s few forays into narrative drama television was the Nordic action epic, vikings, which ran for six full seasons between 2013 and 2020. We wish we could tell you if it wasn’t good, but we just haven’t seen it! Luckily, someone at HISTORY was looking out for the gays, editing and uploading this 90-second supercut of shirtless scenes from the show’s second season, complete with a sexy, catchy ’70s score. Hubba, hubba! Wait, should we actually go back and watch this show?

In 2018, HISTORY relaunched this long-running documentary series about mysterious phenomena and the supernatural. Now, for those looking for skin, Looking for pales in comparison to the content above, but it Is brag about the handsome and gay! Zachary Quinto as host (following in the footsteps of his Spock predecessor, Leonard Nimoy, who hosted from ’77 to ’82). We think the series could include a lot more of Quinto’s handsome face, but if you love watching the actor hunt down the lost city of Atlantis, then go for it!

How the Stonewall Riots sparked a movement

And, if you were hoping for a real queer story, we’re sorry to say that HISTORY offers very little on that front (at least compared to hours and hours of ancient aliens they broadcast). The most substantial piece we could find was this 4-minute summary of the Stonewall Riots, and a quick tribute to the legendary trans activist Marsha P Johnsonbut we to know there are many more stories to tell. For example, on Discovery+ there’s a whole series devoted to some of the most important queer stories in history.