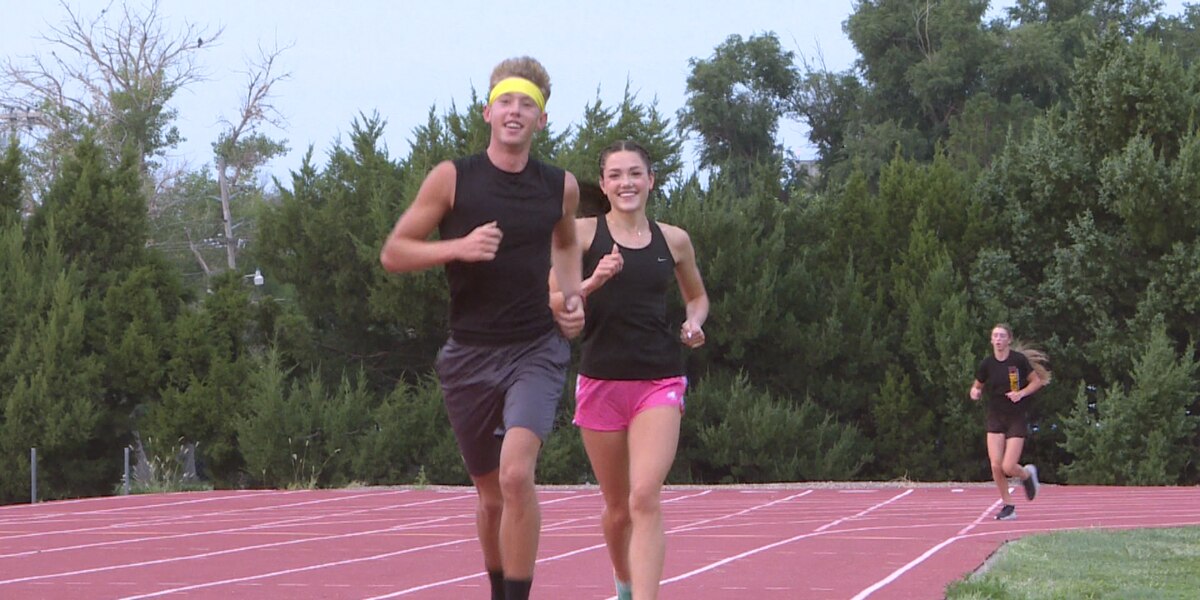 JOHNSON CITY, Kan. (Catch it Kansas) – The Rising Star Road Trip continued on Saturday, taking us even further southwest – near the Colorado border! Although the rural town of Johnson City is small, it has a rich history of successful runners. The same goes for a pair of seniors at Stanton County High School, and it could be argued that they are the best cross-country duo statewide.

Seniors Kamryn Golub and Chesney Peterson had great success throughout their three years of high school, compiling a combined total of 21 (!!!) medals between cross country and track and field. The craziest part of it all: They didn’t even have a first track season because of the COVID-19 pandemic.

Stanton County cross country head coach Mike Horton said the two have been among the most impressive he has coached in his long tenure.

“It’s been really special the last four years,” he said. “I’ve been here 23 years and we’ve had some good races, but nothing like this.”

One of the accomplishments the two accomplished together came last fall. The Trojans swept the 2A Cross Country State Tournament. Both the boys’ and girls’ teams won tag team titles on home soil, while Golub and Peterson each took individual titles home with them.

“It was just cool because both teams had won before, but we never saw both individuals and the team win,” Peterson said. “I don’t know, I feel like it was about time.”

As they approach their final high school seasons, the two hope to add more medals to their collection as they strive to prove that Stanton County is the powerhouse to run in Kansas.

“I mean you could definitely find other places that you could call that,” Golub said. “However, I would say it is the closest place to the real home of running [in Kansas.]”

And both said they were grateful to be able to put their stamp on such a historic racing program.

“We grew up hearing about all the runners that came through here,” Peterson said. “Every practice in college, we were preached about what good runners do. . . Now, I’m thrilled to know that in 10, 20 years, we will be spoken of as all of them and part of the legacy that is Stanton County.