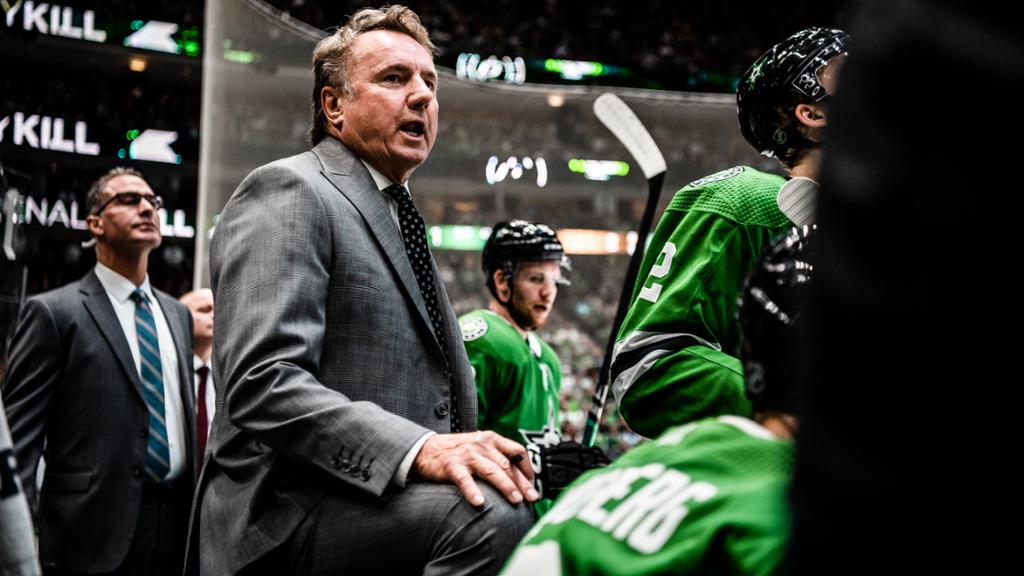 FRISCO, TX — Dallas Stars Head Coach Rick Bowness announced that he will step down as head coach of the Dallas Stars effective immediately. In addition, the general manager Jim Nil announced that assistant coaches John Stevens, Derek Laxdal and Todd Nelson will not return next season.

“After careful consideration with my wife Judy, we feel it is best to step aside and give the organization the opportunity to pursue a different direction as head coach,” Bowness said. “I want to thank all of the passionate fans and dedicated staff for their support and hard work during my time here. It has been an honor for me and my family to represent the Stars and the City of Dallas.”

On October 29, 2020, Bowness was announced as the 24th head coach in franchise history and the ninth in Dallas Stars history. Bowness joined the club as an assistant manager ahead of the start of the 2018-19 season and was named interim head coach on 10 December 2019. Bowness then guided the team to a 20-13-5 record in 38 games behind the bench and a berth in the 2020 Stanley Cup Playoffs. Under his leadership, the Stars won playoffs against Calgary (4-2), Colorado (4-3) and Vegas (4-1 ) to advance to the Stanley Cup Finals for the first time since the 2000-01 season and the fifth time in franchise history. Since taking over as the team’s head coach, he’s gone 89-62-25 in 176 regular season games, making the playoffs in two of his three seasons and going 18-16 in the playoffs. His .577 point percentage was the fifth highest mark in franchise history.

“Rick is one of the most respected and loved individuals to have coached in the NHL,” Nill said. “His dedication and commitment to the game, and the impact he has had on countless players, coaches and support staff throughout his five decades in the League is unmatched. He has dedicated his life to our game, and we’re honored to say the Dallas Stars are part of his legacy. When he was called upon to lead our team a few seasons ago, he came into the role seamlessly and helped guide our team through unprecedented world events that have affected our players and staff on and off the ice. On behalf of the entire organization, I wish Rick, Judy and the rest of their family the very best for the future. .”

Bowness finished his tenure with the Stars with 2,562 NHL games behind the bench as an assistant or head coach, the most in league history. He starts with a career head coaching record of 211-351-76 in 638 games with Winnipeg (1988-89), Boston (1991-92), Ottawa (1992-96), New York Islanders (1996 -98), Phoenix (2003-04) and Dallas (2019-2022). Additionally, he held assistant coaching positions with the Winnipeg Jets, Boston Bruins, Ottawa Senators, New York Islanders, Phoenix Coyotes, Vancouver Canucks and Tampa Bay Lightning. . He is also one of three coaches in NHL history to have held a head coaching position in five different decades alongside honored Hockey Hall of Famers Pat Quinn and Scotty Bowman. .

“We wish John, Derek and Todd and their families all the best and are eternally grateful for their contributions and hard work,” Nill said. “The search for a new head coach will begin immediately.”