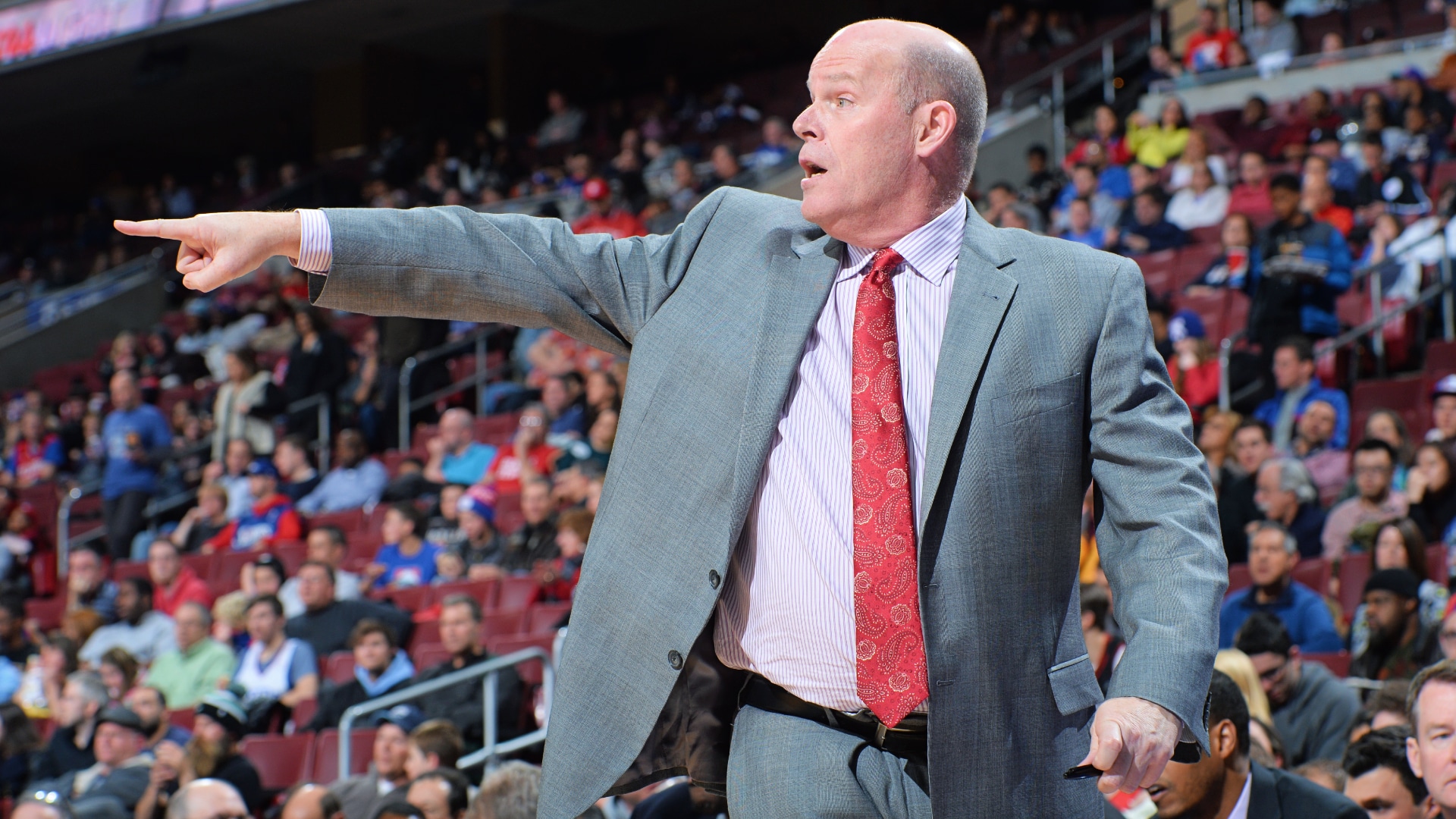 Steve Clifford has more than 20 years of experience as an NBA coach, including 8 seasons with Charlotte (2013-2018).

Clifford has agreed to a multi-year contract to return as head coach of the NBA Hornets four years after being fired by team owner Michael Jordan, the team announced Friday night.

Charlotte had previously agreed to the terms of a four-year contract with Golden State assistant Kenny Atkinson to become head coach, but Atkinson later informed the team that he was not taking the job for family reasons. .

“I am happy to return to Charlotte and want to thank Michael Jordan, Mitch Kupchak and Buzz Peterson for this opportunity,” Clifford said in a statement. “It’s an exciting young team with a lot of talented pieces. Charlotte is a great city and I know firsthand the passion Hornets fans have for this franchise. I can’t wait to get back to town and start working. with our players.

He led the Hornets to two playoff appearances before being fired in 2018 when Kupchak arrived as general manager. Clifford coached the Orlando Magic from 2018-21, reaching the playoffs twice. He spent last season as a coaching consultant for the Brooklyn Nets.

His best season in Charlotte came in 2015-16 when the Hornets went 48-34 and lost in seven games to the Miami Heat in the first round of the playoffs.

Team owner Michael Jordan met on Wednesday with Clifford, who left the team on good terms in 2018.

OFFICIAL: We have named Steve Clifford head coach. Clifford, who previously served as head coach from 2013 to 2018, is the second-winningest coach in franchise history. @CorcoranHM | 🔗: https://t.co/ayn3xxdtze pic.twitter.com/4LRNaWK85U

Clifford, known as a defensive-minded coach, inherits a team that ranked eighth in offense last season but 22nd in defense. The Hornets gave up 132 points in a 29-point loss to the Hawks in the playoff game last season, which didn’t sit well with Jordan.

Kupchak said he expects the Hornets to continue playing at a high pace.

“Steve is committed to playing with the same attacking pace that our fans are used to seeing over the past few years,” Kupchak said. “We are confident he will be able to help our young players continue to grow as we look to take the next step as a team.”

Clifford inherits a team that is arguably more talented than any of his previous Charlotte teams with All-Star point guard LaMelo Ball, Gordon Hayward and Miles Bridges anchoring the team.

Atkinson’s decision to walk away from his contract on Saturday shocked the Hornets and prompted them to seek a replacement.

Kupchak said it was “disappointing,” but in some ways he’s grateful it happened when it happened.

“I think he would have been a good choice, but if he’s not comfortable here, I’d rather know now than in a year,” Kupchak said Thursday night at the NBA Draft.

Mike D’Antoni and Terry Stotts were also in consideration for the job.

Kupchak orchestrated the team’s draft this year without a head coach in place, but said it was no big deal and that over the past few years he has worked with coaches who aren’t even in the draft room.

The Charlotte team traded their 13th overall pick to the New York Knicks for a future first-round pick and four second-round picks, then took Duke center Mark Williams at No. 15. Charlotte added guard from Nebraska Bryce McGowens in the second round after Kupchak made another trade. .

“Lineup is really what wins games,” Kupchak said. “A good coach will help with the roster, but the most important thing is to put the roster together.”

The general manager said Atkinson’s decision reminded him of when Steve Kerr turned down the Knicks coaching job, only to go to Golden State where he won four NBA titles.

“It looks like (Kerr) made the right decision to take the job at Golden State,” Kupchak said with a laugh. “So maybe Kenny talked to Steve, and Steve said, ‘Hey, maybe things will work out like this for you.’ I do not know.”

Kupchak also pointed out that NFL coach Bill Belichick abruptly resigned before his introductory press conference with the New York Jets in 2000. Belichick went on to coach the New England Patriots and won six Super Bowls.

“That was a good decision too. So maybe Kenny is onto something,” Kupchak joked.

Atkinson did not respond to interview requests from the AP seeking comment on his decision to walk away from the deal. However, Kerr told NBC Sports that Atkinson turned down the job because he no longer wanted to uproot his family.

2022-06-25
Previous Post: Trump greenlights access to Russia-related files for favorite conservative journalist
Next Post: Why Lidia Yuknavitch Aims to “Describe an Americanness” with a New Novel About America