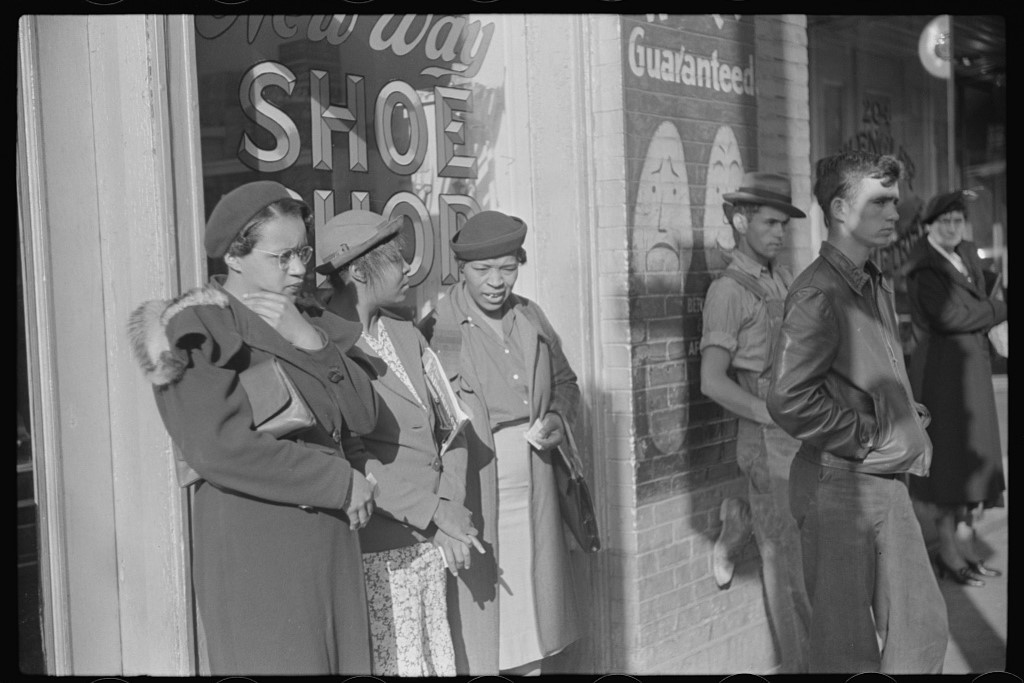 Stewart’s research published in The Journal of American History

Cornell College Professor of Story Catherine Stewart’s research provides new clues about how black domestic workers in Southern households during the Great Depression found ways to survive their jobs and enjoy their lives.

And what she found was not what many historians assumed to be true. That’s why the Journal of American History recently published its findings.

The magazine is out “Household Accounts: Black Domestic Workers in Southern White Spaces During the Great Depressionon December 1, 2021.

Stewart’s research stems from his work on her second book on black domestic workers during the Great Depression, which she currently writes. She says there is a gap in the history books about what happened in Southern households during the 1930s.

“There is archival bias and silence about workers who experienced inequality and discrimination due to both racial prejudice and their status as “subordinate workers,” as domestics,” Stewart said. “This led to an absence from the 1930s records of the voices of domestic workers, especially those who did not participate in the Great Migration to the urban north.”

During research for her book, Stewart came across a unique set of 92 essays written from 1928 to 1940. Although difficult to read, she combed through each of the handwritten essays on microfilm. They were written by undergraduate students in a sociology class at a small Southern white women’s college in Georgia.

The students were tasked with writing about domestic workers in their homes. Stewart says these essays provide a window into the power dynamics of the Southern house.

“Unfortunately, this is not the direct view of domestic workers themselves,” Stewart said. “So I had to use the first-person accounts of these privileged white Southern students and push through their framework, their biases and their goals to try to extract the experience of African-American workers from these fragmentary, little reliable and biased. ”

Stewart explored the essays with a question: How were domestic workers in the South, where Jim Crow laws were prevalent, able to keep their jobs during the Great Depression and still find ways to enjoy their lives and survive on the job? ?

And what she discovered changes the way we think about the past.

“Historians tend to think that once there has been a certain amount of literature generated on a subject that says a particular truism, we can all fall into the rut of believing that, assuming it and repeating it until it becomes its own kind of unverified truth,” Stewart said. “And I think when you go back to the archives, you can always find new insights and new clues that can put you back. challenge these traditional assumptions.”

And that’s exactly what Stewart’s research does. She says her findings are different from those assumptions about domestic workers in the 1930s.

“One of those key assumptions is that African American women who worked as domestics in the 1930s, and even before that, typically worked in isolation,” Stewart said. “One of the interesting things about student essays is that they talk about their household staff.”

Students wrote about a cook, maid, babysitter, butler, gardener, and sometimes a laundress. Stewart says not all homes had multiple staff members, but the trials suggest there were many situations where individuals worked alongside others.

The second big discovery was that there were a number of black men employed as servants.

“I think traditionally the stereotype and the assumption has been that it’s always women who do domestic work, and I think that’s really a game-changer when you think about African-American men working in private households as than domestic staff and servants,” Stewart said. “It changes our understanding of power dynamics and relationships with employers and between colleagues themselves.”

A third finding showed that domestic workers sometimes fought against oppressive situations to limit employer demands. For example, they would refuse, directly or indirectly, to perform certain tasks outside of their job description or refuse to use honorifics such as “Mr.” when addressing the growing children of their employer.

At the same time, workers were also finding ways to enjoy their lives as much as possible, such as taking Sundays off to go to church and using white household conveniences like the telephone or piano for their own purposes.

“While I found evidence of overt forms of resistance to white supremacy and Jim Crow, I also found more covert means of resistance and individual forms of negotiation with employers that were under the radar,” Stewart said. “On top of that, I found out about all these other creative ways that this group of workers found ways to work for themselves. They took on a job that felt like a dead-end job, a job that wasn’t accounted for, and they took on the worst possible circumstances while finding creative ways to further their own aspirations, dreams and goals, even under the most limited conditions. contexts. I find that very moving. »

Stewart looks forward to incorporating these new findings into his history classes at Cornell College. Moreover, these essays will be developed in his next book.

It’s a subject she knows is important to continue studying as another way to expose the truth about what’s going on then and now.

“This legacy of inequality, discrimination and oppression was the result of not just race, but sometimes gender and also class,” Stewart said. “All of this contributed to this group of workers being really belittled, exploited and fired. This legacy, unfortunately, continues today. There is a new national, and even international, awareness of how the sometimes most essential workers, and certainly in this case domestic workers, who contribute to the nation’s economic success at the most critical level, have too long been historically underrepresented, underpaid and unrecognized in different national, regional and local contexts”.

As for Stewart, she herself is grateful for the support she received from her colleagues at Cornell and the publication of her work in the Journal of American History.

“I still think back to my college years when my retired mentor gave me his entire Journal of American History collection,” Stewart said. “I remember getting this and thinking it was something I could never post in. It’s the star out of reach. To have achieved it is an incredible and humbling experience.