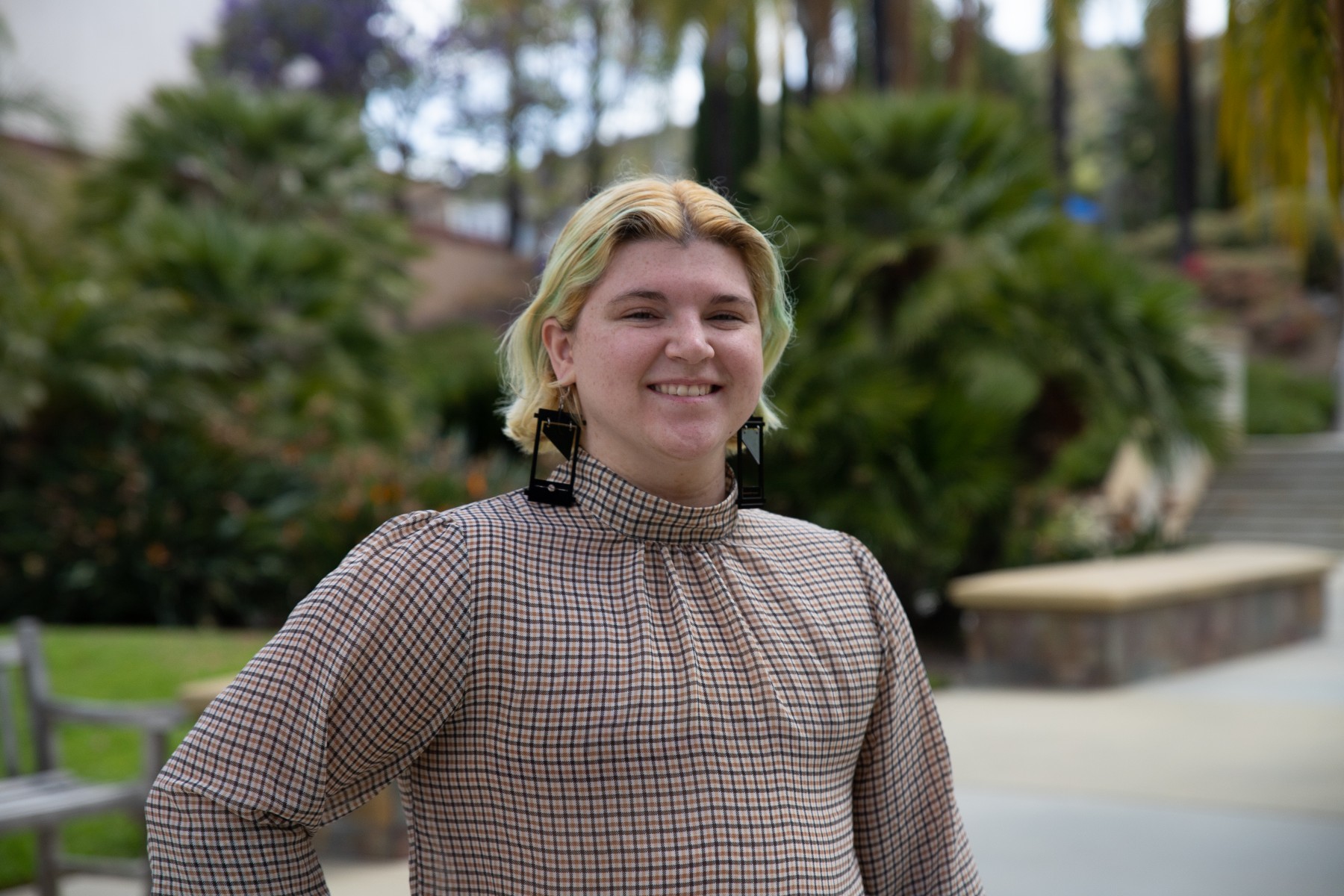 A history major with little interest in American history, Katelyn Peterson decided to tap into her love of old Western movies by taking a risk on a topic for a recent research paper for her class on California Indian history. .

The bet is successful.

Peterson ultimately entered his paper on the representation of American Indians in Hollywood into the Cal State San Marcos Library Award for Undergraduate Research and Creative Activity and walked away as one of six winners, each having won a cash prize of $600.

“Native Americans were actually some of the first people captured on film,” Peterson said. “And it’s kind of a long and complicated story, which is why I chose to write an article about it because I knew I would get at least 10 pages.”

Peterson, a junior who attended high school near Mission Vista in Oceanside, began her research by studying a documentary titled “Reel Injun,” which takes viewers through decade-by-decade American Indian history in Hollywood in the 20and century.

What Peterson’s research has taught him is that American Indians were able to tell their own stories in the silent film era of the 1910s and 20s. However, closer to the 1940s, there is had a turning point where they were portrayed in a much worse light.

His article showed that it was only with the revival of the Western in the 1990s that a return of some sort to more Native Americans creating their own films occurred.

The end result was a prize she had no plans to win.

“I was really surprised and really excited,” Peterson said of her reaction to winning the award. “It was good to know that what I was writing about was recognized, and that not only was it good enough to get me a good grade, it was good enough to be recognized by the school.”

Submissions for the Library Prize ranged from written research papers to creative works such as art, music, lyrics, poetry and dance.

The library featured impressive Native American exhibits on how the CSUSM relates to Native history.

“That’s actually something I cover in my article,” said Peterson, who said history professor Robert Miller was a major influence in his research. “The California Native American and Indigenous Film Festival is a group of Indigenous filmmakers that is supported in part by Cal State San Marcos. And so it was really cool to find that link.

As for Peterson’s future, she can combine her writing background with her major in history and her love of film to write and critique more about media and film.

For now, it’s a hobby. Her senior year will determine which direction she goes next.

But wherever her career takes her, she will be greatly influenced by history.

“Knowing more about where you’re from is really important,” Peterson said. “Not just for historians but for everyone. Taking a course on California history was very informative for me. And this is a subject that interested me passively. But it gave me a better understanding of when I was watching movies, how people were portrayed, and how that affects how we see other people in the movie.