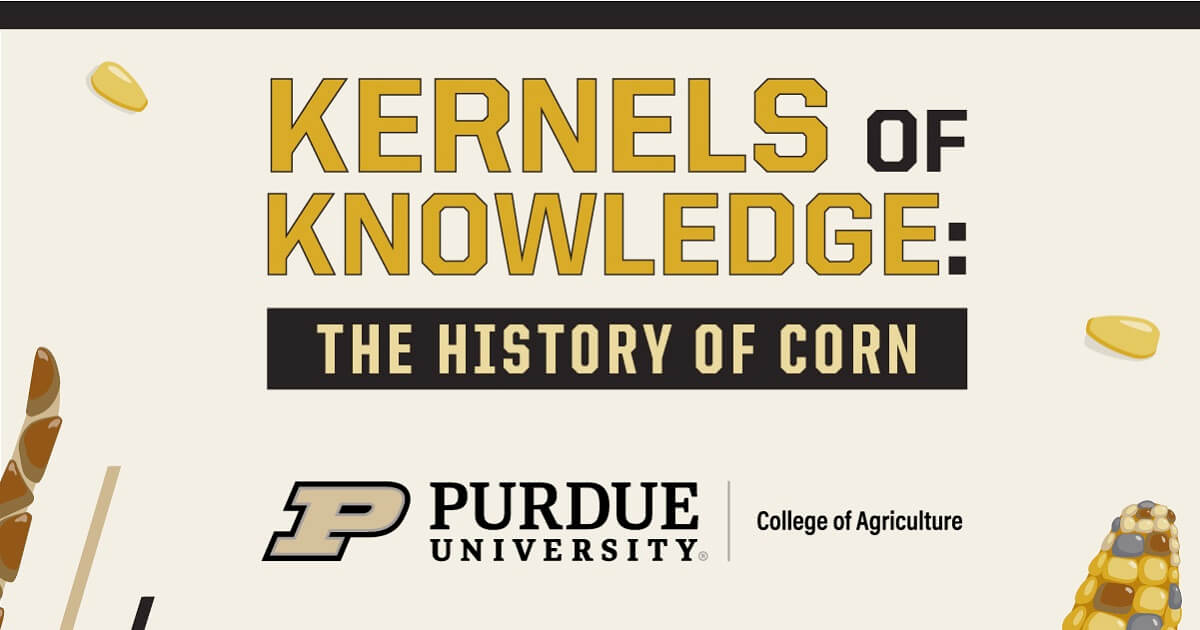 The A-Maizing Growth of Corn in Indiana – News & Stories

“Corn is a predominant crop in Indiana due to the climate, landscape and productive soils. Corn can produce a much higher amount of kernels per acre of land compared to most other American crops and can be used for a lot of different products,” explained Dan Quinnlecturer in agronomy and Purdue extension maize specialist.

Corn, often called maize, was a staple of the Native American diet and a ceremonial item. It was one of the “three sisters”: corn, beans and squash. The corn stalks provided the trellis for the interwoven beans, which added nitrogen to the soil. Gourds spread across the ground, acting as living mulch.

From the mid-1800s to the late 1930s, farmers typically saved seeds after harvest each fall, planted open-pollinated varieties, and pollinated their corn with the same variety to produce a crop of the same type – or let the insects , birds or wind pollinate their plants. It was difficult to produce high quality seed because both of these processes are difficult to control. The introduction and adoption of deliberately bred hybrids for desirable traits has improved stress tolerance and yield potential.

By the mid-1950s, continued improvements in corn hybrids, combined with the rapid adoption of mechanization, synthetic fertilizers, and greater attention to agricultural and soil management practices resulted in higher yields. Today, farmers continue to increase corn yields each year by using transgenic hybrids, where genetic material is introduced into corn plants using molecular technologies. They plant seeds with traits such as resistance to insect pests and weed killer herbicides, while adopting environmentally friendly practices such as reduced tillage or no tillage.