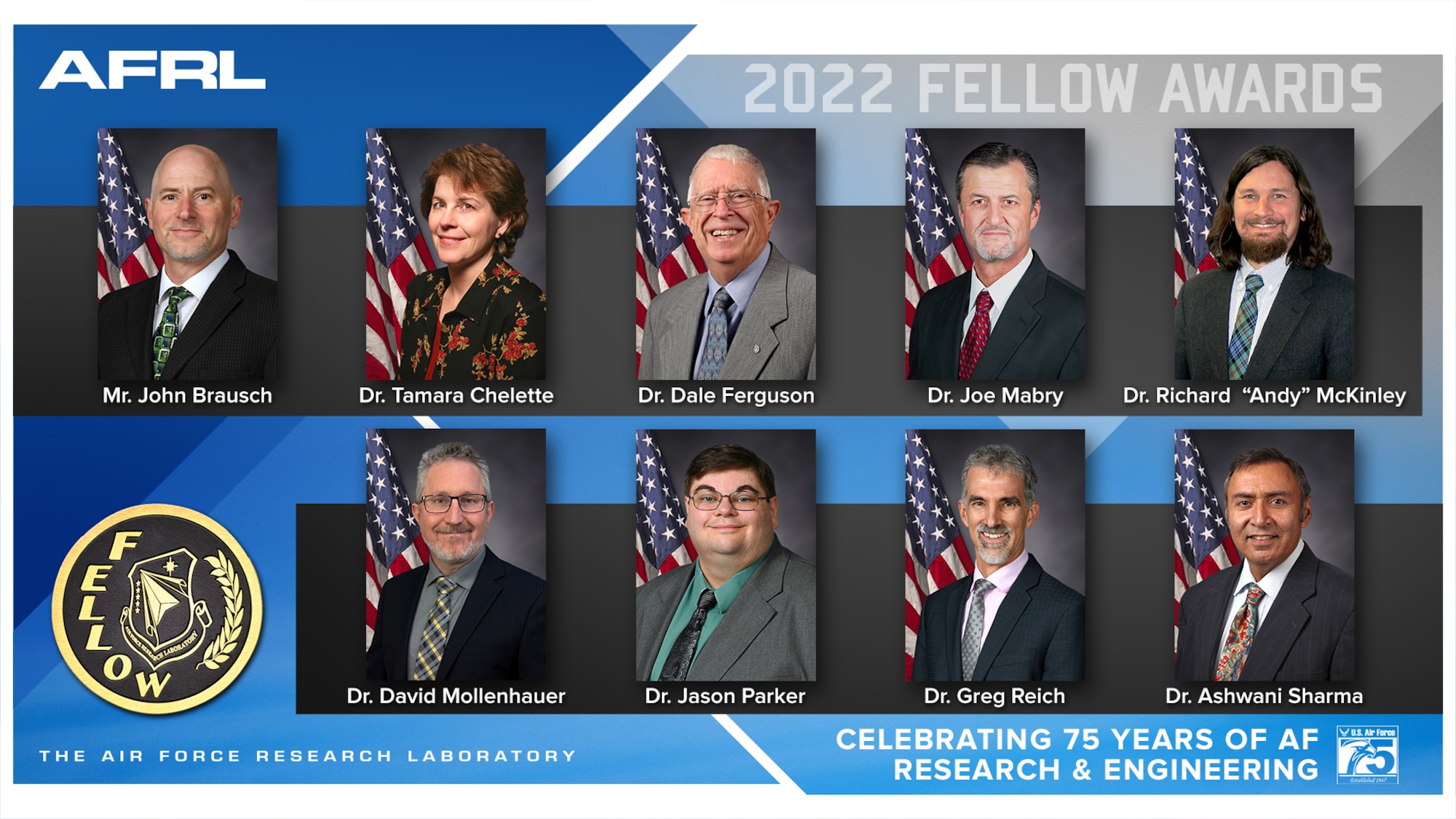 
WRIGHT-PATTERSON AIR FORCE BASE, Ohio (AFRL) —
The Air Force Research Laboratory, or AFRL, will honor 17 scientists and engineers for their outstanding professional achievements on Oct. 12, 2022, from 2:30 p.m. to 4:00 p.m. at the National Museum of the U.S. Air Force during the 2022 AFRL Fellowships and Early Career Lab Awards, or ECA, ceremony. This year’s celebration marks the first time in two years that the ceremony will be a large-scale, in-person event after the ceremony was scaled back due to high health protection levels.

The 2022 cohort includes nine ECA Science and Engineering Fellows and eight Laureates. The AFRL Research Advisory Board, or RAC, led by the Chief Technology Officer and Chief Scientists, reviewed the submissions and ranked the nominees. The AFRL Commander, Major General Heather Pringle, then reviewed and approved the findings of the RAC, including its recommendation on those selected.

Pringle hailed the achievements of the winners, congratulating the new fellows and ECAs for their scientific and technical contributions to combatants.

“I’m so proud of how our staff are advancing science and technology for Airmen and Guardians,” Pringle said. “This year’s group of scientists and engineers are leading the way to excellence within the Department of the Air Force.”


AFRL historians Jeff Duford and Dr. Darren Raspa will host this year’s awards ceremony, emphasizing the importance of learning from the past to ensure future innovation success.

“We are thrilled to feature extraordinary professionals and provide historical context in honor of the Air Force’s 75th anniversary,” Duford said. “This year’s event is all about celebrating outstanding professionals who are sure to go down in the history books of tomorrow for the abilities they offer fighters.”

Raspa said the ceremony is the lab version of the Oscars.

“These scientists and engineers are the best of the best in the AFRL – true research and development rock stars,” he said. “It’s truly amazing to talk a bit about our incredible history while sharing the stage with people who are creating groundbreaking and historic developments.”

The men and women selected as Fellows join an elite group that represents 0.3% of this year’s AFRL professional technical staff. This brings the total number of AFRL Fellows to 242 in the 35 years since the program began in 1987. Each new AFRL Fellow receives a $300,000 multi-year research grant as well as a medallion and a place in a well-known exhibition. visible in the AFRL headquarters building.

“The Lab’s #1 job is to develop thought leaders who will positively influence their S&T ecosystems, who will mentor current employees and attract future talent, who will make the AFRL brand a respected and trusted brand for the community. broader, and more importantly, that contribute to the future of DAF technology needs of today and tomorrow,” said AFRL Chief Technology Officer Dr. Timothy Bunning. “This year’s fellows embody the exceptional minds of this S&T company, and I am honored to work with them.


The AFRL Science and Engineering ECA recognizes young scientists and engineers for significant research or engineering achievements early in their careers. These individuals, who also receive a $300,000 multi-year research grant, have demonstrated outstanding contributions to internal research. The award is specifically for military/government scientists and engineers who are in the first seven years of their careers with no more than 15 years since earning their bachelor’s degree. Since its creation in 2012, 59 people have received this honor.

“These young scientists and engineers are working on the cutting edge of science and technology for the Department of the Air Force,” Bunning said. “We proudly salute their excellence and look forward to their many future scientific achievements while applauding their local teams and those who have mentored them along the way.”

The Air Force Research Laboratory, or AFRL, is the Department of the Air Force’s primary center for scientific research and development. The AFRL plays a critical role in the discovery, development and integration of affordable combat technologies for our air, space and cyberspace force. With a staff of over 11,500 people in nine technology areas and 40 other operations around the world, AFRL offers a diverse portfolio of science and technology ranging from basic research to advanced research and technology development. For more information, visit www.afresearchlab.com.