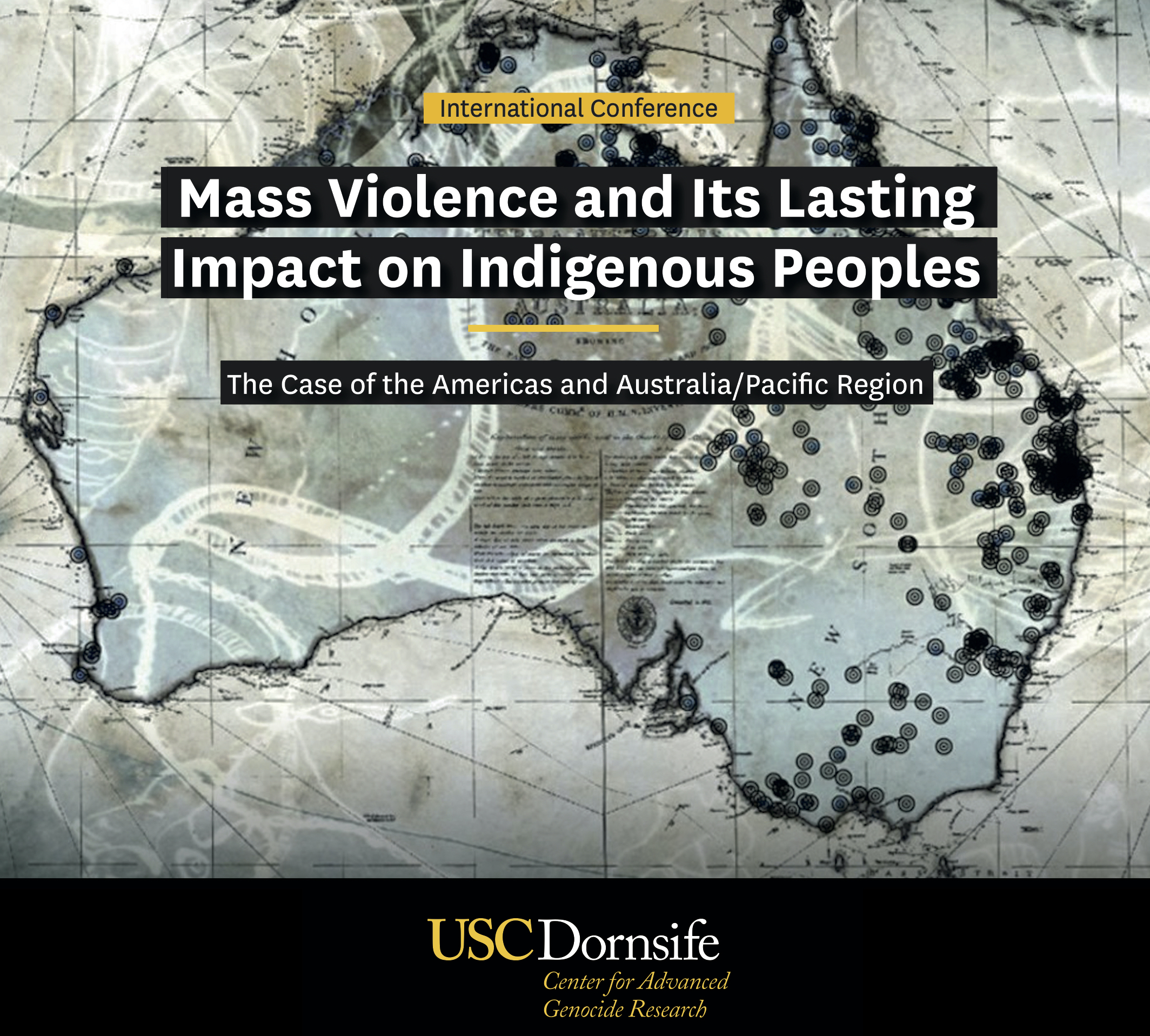 Beginning November 1, 2022, in observance of Native American Heritage Month in the United States, the USC Dornsife Center for Advanced Genocide Research will share at least one video per day from its recent international conference “Mass Violence and Its Impact sustainability on indigenous peoples”. – The Case of the Americas and the Australia/Pacific Region”, held at the University of Southern California, on the ancestral and unceded territory of the peoples of the Tongva and Kizh Nation, from October 22 to 26, 2022 .

The five-day conference brought together more than 50 leading and emerging knowledge-holders and scholars from around the world – many of them Indigenous – to discuss groundbreaking research on themes of genocide against Indigenous peoples in North America, in Latin America, Australia and the Pacific. Region; the lasting impacts of mass violence on these communities until today; and the resistance, action and initiatives of indigenous peoples to effect change.

In the intercultural and interdisciplinary dialogue on these topics in a wide variety of historical, geographical and cultural contexts, more than 30 indigenous communities were represented, as well as nearly 30 different academic disciplines. In addition to the in-person audience of students, faculty, staff, and community members, more than 200 people attended the conference on Zoom, from Argentina, Australia, Canada, from Colombia, Germany, Guatemala, Ireland, Jamaica, Mexico, Peru, the United Kingdom and the United States. In addition to academic discussions, the conference featured community and cultural events, including a film screening and concert.

New conference videos will be posted daily on the Centre’s YouTube channel and on the conference website. Check out the videos below.

Conference Opening and Conversation and Knowledge Sharing with Indigenous Elders:

Welcome and presentations by members of the conference organizing committee: