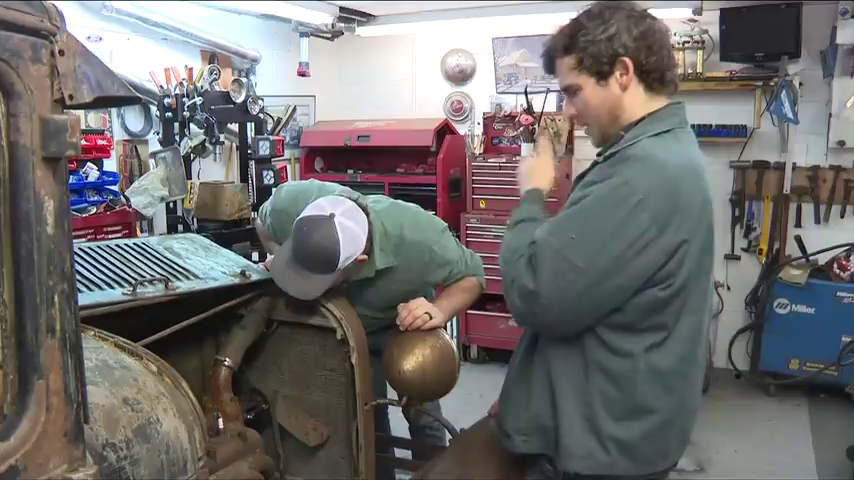 Matt and Steve Sager have had a passion for discovering old cars and antiques since childhood.

“I think even if it’s not car related, it was probably on a family trip to Atlin BC when I was a kid,” says Matt.

“We stopped at all the antique shops and all the little car nooks and crannies and I think I’m in love with my first vehicle there.”

“I especially want the cars to come back to life, I want to know why they are parked there, why are they broken down,” explains Steve.

“I really like to keep it [the car] original and make it work the way it was supposed to work.

This love for reviving rusty relics led to a show about history called Lost car rescue. With the help of driver Jessica James, body specialist Dave Mischuk and crane operator Lee Brandt, the brothers travel through northern British Columbia and Saskatchewan in search of cars that would otherwise be lost to history.

“You’ll never get more live show, it’s really what you see is what you get,” says Matt.

“I mean, we chased cars as we went and we don’t leave cars behind, that’s kind of our motto, if we find a car we do whatever we can to save it. “

“I was surprised how many pretty complete cars there were,” Steve says.

The show has helped Matt and Steve increase the number of cars they rescue and preserve the stories associated with each vehicle.

“I hate to see history disappear and if someone isn’t there to capture that history, it’s truly lost,” Matt says.

With the first episode already airing, the show has garnered positive reviews for its ability to give viewers a taste of what the car rescue experience is really like.

“Having people right next to us feeling this exhilaration of how we feel is really the icing on the cake for me,” says Matt.

2022-01-19
Previous Post: Lusia Harris, first and only woman officially drafted by the NBA, dies at 66
Next Post: Biodiversity faces a decisive year and research will be essential