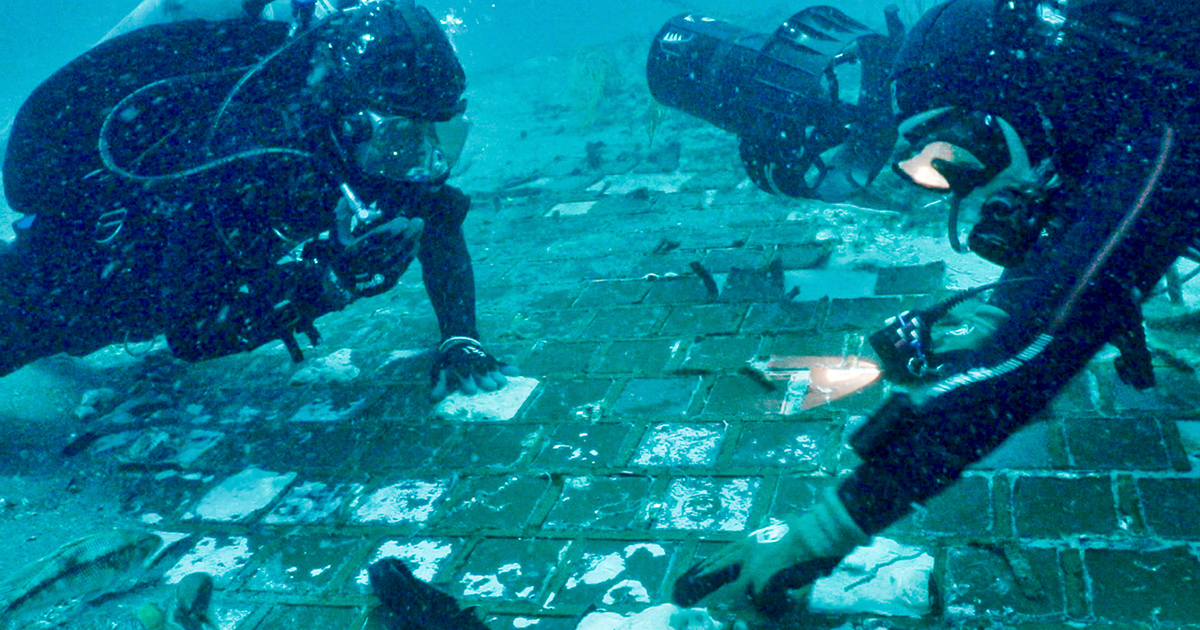 – One of the largest pieces of NASA’s space shuttle Challenger has been discovered on the ocean floor by a TV documentary crew searching for a plane shot down during World War II.

The artifact, which today remains where it was found by the film crew of The History Channel’s new series “The Bermuda Triangle: Into Cursed Waters,” was positively identified by NASA based on modern construction of the object and the presence of an 8-inch square thermal protection (heat shield) tiles. Challenger’s segment was found in waters off Florida’s Space Coast, well northwest of the area popularly known as the Bermuda Triangle.

“This discovery gives us the opportunity to pause once again, to remember the legacy of the seven pioneers we lost and to reflect on how this tragedy has changed us,” said the administrator of the NASA, Bill Nelson, in a statement issued Thursday (November 10). “As it has been nearly 37 years since seven daring and courageous explorers lost their lives aboard the Challenger, this tragedy will forever be etched in our nation’s collective memory. For millions of people around the world, including me , January 28, 1986, still feels like it was yesterday.”

A major search and rescue effort was mounted in the aftermath of the tragedy, the largest ever conducted by the United States Navy and United States Coast Guard to that time. The operation involved thousands of personnel, 16 surface vessels, a nuclear-powered research submarine and several robotic and manned submersibles systematically surveying more than 486 square nautical miles (1,666 km2) of ocean floor at depths ranging from 10 to over 1,200 feet (3 to 365 meters).

After seven months, 167 parts of the shuttle, weighing 118 tons, were recovered. Debris comprised 47% of the Challenger orbiter, 33% of the outer tank, 50% of the two solid rocket boosters, and between 40 and 95% of the mission’s three main payloads (an inertial upper stage, a tracking satellite and relay station and an astronomical tool to observe Halley’s Comet).

After being analyzed to find out what caused the failure, the wreckage was placed in two silos – Complexes 31 and 32 at Cape Canaveral Air Force Station (now space force) – each 78 feet deep by 12 feet in diameter (24 by 4 m), which had previously supported Minuteman missiles until 1970. The silos were not considered burial sites or a memorial for Challenger, but more as a storage site, and in the years that followed, as more parts washed up on shore, they were added. to the archives.

In 2015, for the first and only time to date, NASA placed a large portion of the Space Shuttle Challenger fuselage on public display as part of “Forever Remembered”, a permanent memorial to the fallen National Shuttle crews. Kennedy Space Center Visitor Complex in Florida.

The History Channel find is the first major wreckage find from the STS-51L disaster in more than 25 years.

“Looking at the images provided by the team, we can see a section of about 15 by 15 feet [4.5 by 4.5 meters]. However, we noted that the object sinks deeper into the sand, so the actual size is hard to determine at this point, but I’m pretty confident it’s one of the larger ones. never-before-found pieces of Challenger,” said Mike Cianelli, program manager. from NASA Apollo, Challenger and Columbia Lessons Learned Programsaid in a video statement released by NASA.

The History Channel film crew did not search for a piece of Challenger. Instead, in March 2022, the team embarked on a series of reconnaissance dives to investigate several suspected shipwreck targets off the coast of Florida, with one of those targets off the coast of Florida. outside the Bermuda Triangle, off Cape Canaveral. Divers were initially looking for the wreckage of a PBM Martin Mariner rescue plane that disappeared without a trace on December 5, 1945, while searching for five US Navy torpedo bombers on a mission code named Flight 19 which had also disappeared earlier in the day.

Instead of WWII aircraft debris, the team discovered a modern-looking aviation structure. After consulting with an outside expert and performing a second dive in May 2022, the TV film crew presented the evidence to former NASA astronaut Bruce Melnick, who suspected it was a piece of the Challenger. Based on this information, the series producers brought the discovery to NASA’s attention and in August 2022, Ciannilli, confirmed that it was a significant remnant of the downed shuttle.

“The importance of this large part of Challenger’s structure was obvious,” said underwater explorer Mike Barnette, who led the History Channel team that made the discovery. published statement by A+E Networks. “We recognized the need to bring this discovery to the immediate attention of NASA. The site, which lies outside the Bermuda Triangle off the coast of Florida, marks the loss of seven brave astronauts – other explorers.”

“One of the very first things we did was let all the Space Shuttle Challenger families know so they were aware,” Ciannilli said.

The first episode of The History Channel’s six-part series”The Bermuda Triangle: In Cursed Waters“, the premiere of which is scheduled for November 22, chronicles the discovery of the Challenger, from the first dive to the meeting of the teams at NASA.

“While the remarkable discovery of the Challenger wreck was not part of our dive team’s original mission exploring the Bermuda Triangle, the historical significance of the find cannot be underestimated,” said Eli Lehrer. , Executive Vice President and Chief Programming Officer of The History Channel. “The Challenger is a vital part of our country’s history and we are honored to bring this important discovery to light.”

All debris from the downed space shuttle Challenger remains the property of the US government. NASA is currently considering what additional steps it could take regarding the History Channel’s discovery that will properly honor the legacy of deceased astronauts and the families who loved them.

“Currently, at this time, we are reviewing options for moving forward after this discovery. But I can assure you that NASA will place the memory and legacy of the crew in families at the forefront in its thoughts and planning as we move forward,” Ciannili said. “It’s very important to keep the memory of the crew and the mission alive.”

2022-11-10
Previous Post: The world needs to spend $3.5 trillion a year to fight climate change. Meet the biggest reallocation of capital in history
Next Post: Mills Entertainment and A+E Networks Team Up to Bring HISTORY Channel’s Ancient Aliens to American Audiences