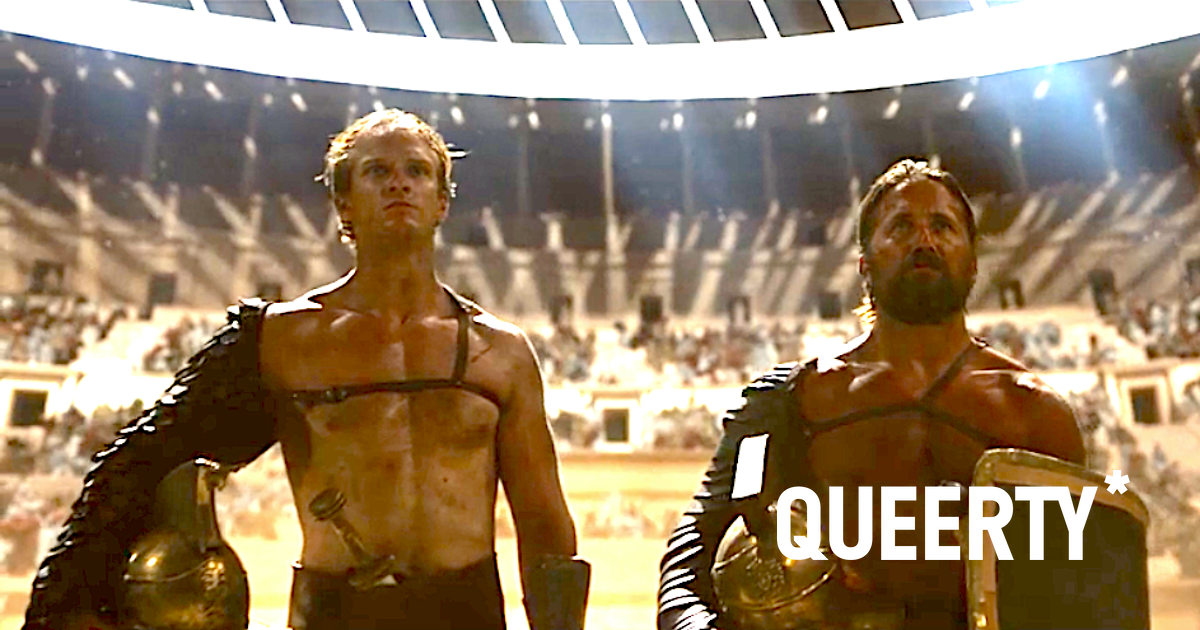 The homoerotic TV event of the summer is on… The History Channel? / Weird

Here has Weirdwe’ve made a habit of keeping you up to date with all the new and cheeriest TV has to offer – not to mention our handy guides to common small-screen front-end features – and we know some channels are good for some hot, heavy queer content: HBO, Showtime, what have you got.

But we have to admit, there is one network that hasn’t been on our radar at all, and it’s the one that frequently puts on some of the most homoerotic programming on the airwaves: The History Channel! We are very sorry that we did not bring this to your attention sooner.

The long-running cable channel (now simply called HISTORY) has come under fire in recent years for moving away from real history and focusing more on reality programming about pawnshops and high rollers. However, they still offer a wide range of documentaries and in-depth investigations into the past, some of which we are happy to report seem very, very gay.

For example: this week we came across a preview of an upcoming limited docuseries called Coliseum, an eight-part look at gladiators, “the heavyweight champions of the Roman Empire”. See for yourself:

Gladiators were the heavyweight champions of the Roman Empire. Here’s a look at the limited Colosseum documentary series. Don’t miss the premiere, Sunday July 17 at 9/8c only on The HISTORY Channel. #History of the Colosseum pic.twitter.com/n7KVwb4yvq

Alright, HISTORY, you have our attention. Suddenly, Coliseum has reached the top of our watchlists!

As the teaser shows, yes, there are a lot of “talking heads” required of historians and experts, but – importantly – there are too re-enactments of gladiatorial battles featuring many buff, largely naked men getting up close and personal in life-and-death combats that nevertheless have us feeling things. If we are honest.

HISTORY seems to have spared no expense for these re-enactments, bringing together period-accurate costumes and sets, a stunning cast of young actors (what’s the @?), special effects and even, apparently, ringtones until the end. of a rain machine because, man, these gladiators are soaked!

With so much eye candy from Ancient Rome, you might have us believe these are deleted scenes from Starz’s notoriously sexual. Spartacusseries. And while we can’t imagine this largely educational affair will go “all the way” with male nudity, Coliseum still promises to be one of the gayest things you’ll see on TV all year.

Remember when you were younger, checking out Cinemax late at night with the remote in hand, quickly changing channels whenever you thought your parents were approaching? Now we can’t stop laughing at the idea of ​​gay babies doing this with The History Channel!

Anyway, the first of ColiseumThe eight-part HISTORY series debuts July 17 at 9 p.m. ET/PT. You can watch another sexy teaser (sorry, it’s true!) below: