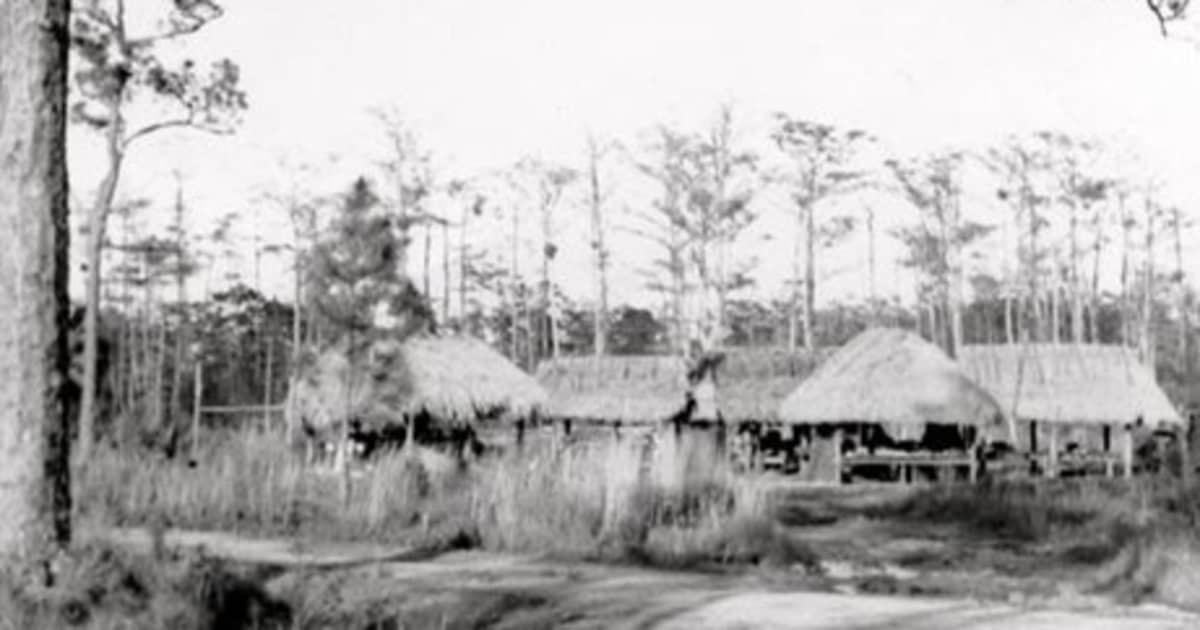 The land we are on | FIU News

More than a dozen Native American tribes at one time called the Florida peninsula home. After centuries of colonization, assimilation and annihilation, only two federally recognized tribes remain in South Florida, the Seminole Tribe of Florida and the Miccosukee Tribe of Florida Indians.

At Global Indigenous Peoples Forum (GIF) in the Green School International and Public Affairsdirector Mitzi Carter (she/her) and her team have worked to raise awareness of Florida’s indigenous history.

“Miami sits on land that has been respected and cherished by Indigenous peoples for over 10,000 years and they continue to cherish it today,” she explained.

Reverend Houston R. Cypress (they/them), a member of the Otter Clan, Miccosukee Indian Tribe of Florida, and GIF Advisory Board, describes their community’s history as “a story of war, displacement, conflict and self-imposed isolation. as a survival strategy. For the past two hundred years, my ancestors have escaped a war of annihilation inflicted by the United States of America and other European colonizers.

The displacement of native Florida tribes began in the 15e century with the arrival of the Spanish colonizers, who took over the Florida peninsula and remained in brutal conflict with the local tribes for more than three centuries until they finally sold Florida to the United States of America. Newly founded America in 1821.

In an effort to expand the fledgling country, the United States implemented the Indian Removal Act of 1830. This new law legitimized decades of genocide, enslavement and assimilation by allowing the federal government to invade and seize tribal lands. Many tribes in the eastern United States were forcibly moved west through a murderous journey known as the Trail of Tears.

By the mid-1800s, most native Florida people were murdered, assimilated, or displaced due to the expansion of the United States. Many of them were forced to follow the path of tears. However, a small portion resisted the subjugation and retreated to the Everglades, where the vastness of the wilderness provided refuge. They managed to hide until the Indian Reorganization Act of 1934 officially recognized the rights of indigenous peoples. Eventually, descendants of the survivors founded the Seminole and Miccosukee tribes we know today.

“Local and national Indigenous communities are often rendered invisible due to the legacy of violence. Through recognition and action, we can truly understand the harm that has been done and create better ways to heal,” Carter said.

“Our community is still trying to heal from this trauma and reclaim the losses we have suffered over the centuries. Staying true to our roots and our practices, we continue this healing process,” Cypress said. “That said, maintaining our way of life is a challenge when the world around us changes. The need for reconciliation is urgent for us to move forward together,” they stressed.

In 2009, the United States formally apologized to Indigenous peoples through the Native American Apology Resolution. Reverend Cypress says it was an important step towards reconciliation between tribal and non-tribal communities.

“Reconciliation will help alleviate the historical and generational trauma that is present in our communities, not just Indigenous communities, for all marginalized communities who have suffered injustices,” they said.

“Recognizing the Tequesta, Calusa and now the Seminole Tribe of Florida and the Miccosukee Indian Tribe of Florida as the traditional stewards of this land, we offer recognition and respect, an important step in restoring relationships with Indigenous communities. It is our responsibility to maintain knowledge about the first stewards of this land on which we live, learn and work. We encourage our University community to learn ways to support our local Indigenous communities in their efforts to preserve Seminole and Miccosukee land and water rights, cultural practices, and the environment,” Carter said.

Importantly, Cypress pointed out that the tribes refer to themselves as “stewards of the land”.

“Our relationship with the earth is one of stewardship. It goes back to our teachings about the creation of the universe and the duties my people have been honored to be entrusted with, such as caring for the earth and its different species. Our spiritual and cultural beliefs say that no one can own the land. We are here to take care of it,” they added.

Through the association I love the Everglades movement (@love_the_everglades), Cypress encourages South Florida residents to get involved and support local tribal communities.

“Both tribes hold festivals and events to showcase our cultures. Please support these efforts and take the opportunity to learn more about Florida’s tribal history and community. Get to know your neighbors. Visit and listen carefully !” they said.

To commemorate Indigenous Peoples Day, GIF and the Diversity, Equity and Inclusion Division will host a celebration on October 10, 10-11 a.m., in the GC Pit, featuring Ric Babcock , President of the Council of Elders of the GIF. (Cherokee); Samuel Tommie, Indigenous artist from the Everglades (Seminole); and a ceremonial dance of Tonalxochitl Danza Conchera.