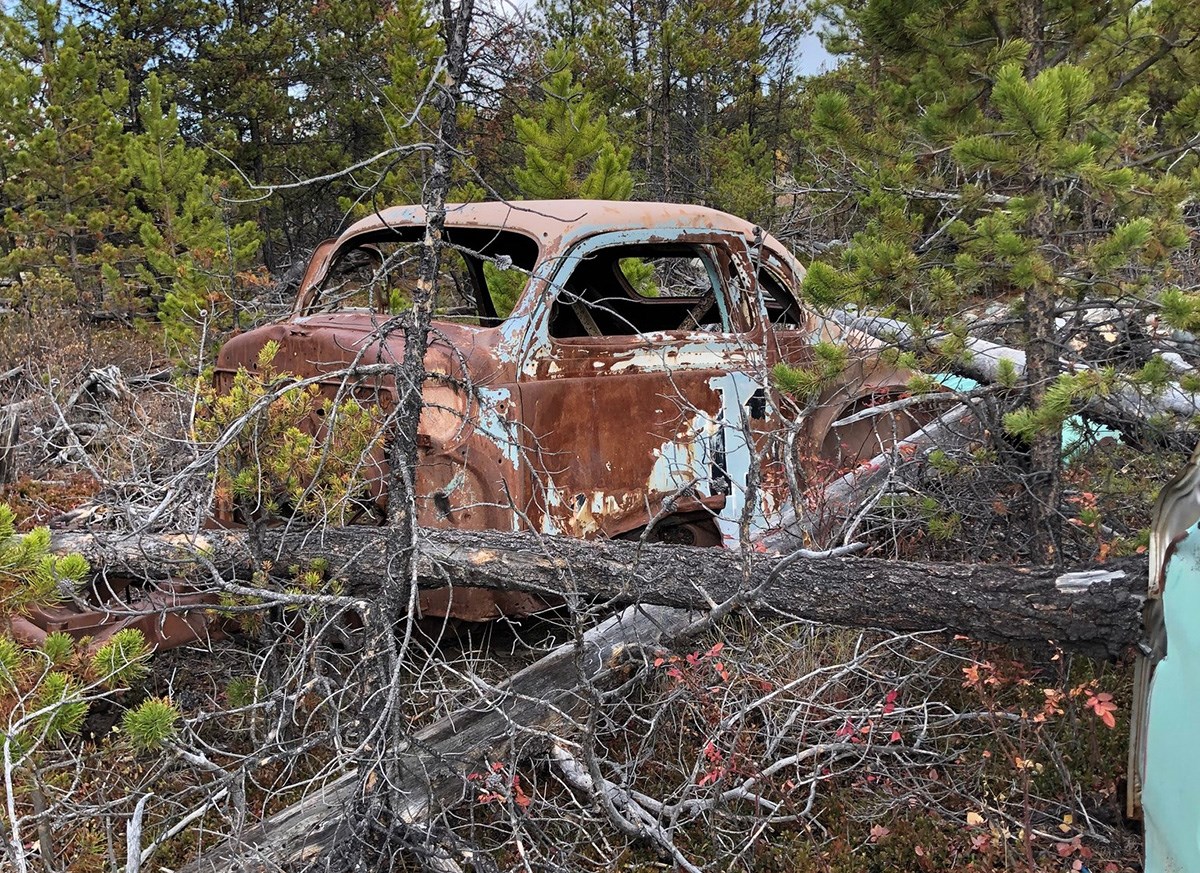 UNIT — Gerry Guggenmos was one of many viewers who watched the reality show Lost Car Rescue on television in January and February. There were six episodes, and the last two featured local characters in the Unity District. Gerry alerted the Press-Herald to the story and some interesting facts came to light.

The Lost Car Rescue team flies over rural areas in a light aircraft, piloted by a young woman, and follows up with a tractor-trailer and trailer equipped with a winch, and when they find an old vehicle, they save it and restore it or sell it.

Hugh Krips was included in the fifth episode.

Krips lived on a farm in the Unity district and last summer was contacted by the show’s producer as their plane had spotted a car parked in the bush and wanted to check. Krips had bought the car many years before because he had a truck that used the same parts. He went to the farm and the whole crew of about 15 people was there – cameramen, grip and their big truck and trailer with a winch to haul their finds.

Krips made a deal with them, although the vehicle in question was a Japanese brand and their body man objected that such a model was made of lighter metal and not of equal value for their purposes. They’ve also stammered over other old treasures and maybe Krips will see them again if they decide to do business.

He had a few cars, but was more interested in trucks. But Krips says he has a business rule: when you come shopping, don’t come just to look, bring cash.

There is a network among car enthusiasts and the news is circulating, which is how the team came to contact Mick and Norm Maze in the summer of 2021.

WWII Model Ts were plentiful and cheap. The four older Maze brothers, Gerald, Cliff, Keith and Earle, all acquired old Model Ts and decided they could have some fun. They stripped them down to reduce weight and revved the engines as best they could. All that would be left was the engine, running gear, gas tank and a tractor seat. They raced the cars on a long oval dirt track that occupied the space between Unity High School and the Armada Motel, where Jubilee Bay now stands.

There could be 10 or 12 cars racing, and having lived through the war, the young men were daredevils, wearing no safety gear but goggles and just the ground, determined to win every race. It wasn’t a demolition derby; they needed to keep the cars in shape for next week’s races. It lasted several years. Norm says his father’s last run was just before he was engaged, in 1951.

All four brothers had their own cars, but only one survives: Gerald kept his in a shed on the farm and eventually his son Mick restored it to running condition and even entered it in a parade at North Battleford. When the rescue team heard about this car, they came to find it and hear the story. There it was, in the original shed where Gerald had worked on it.

The crew and the Mazes spent all day filming to complete a 15-minute segment, which was included in the season finale. Norm says he has received many phone calls and comments from friends who have seen the show.

Maze tells the Press-Herald/SASKTODAY.ca, “My dad Keith also had a race car. My dad’s brothers, my uncles, all raced. The car in the museum is Uncle Gerald’s car and Mick l always owned until a few years ago.”

Maze said once the Lost Car Rescue team heard about their racing story and tracked down Mick and himself. They bought the car but also wanted to know the full family history and that’s when they came to the Maze Farm and filmed a show segment. After filming, the car was taken to Victoria, BC and put on display to ensure the Maze Brothers story and story continues.

“If you zoom in on the museum photo, there’s a nice photo behind it with the four brothers and some of their house friends, around 1950,” says Maze.

The Lost Car Rescue team purchased the 1918 Model T car from Mick and it now resides at the BC Aviation Museum in Victoria. The museum’s Facebook page includes a photo of the car, and Matt and Steve Sager were at the museum for Family Day to help show it off.