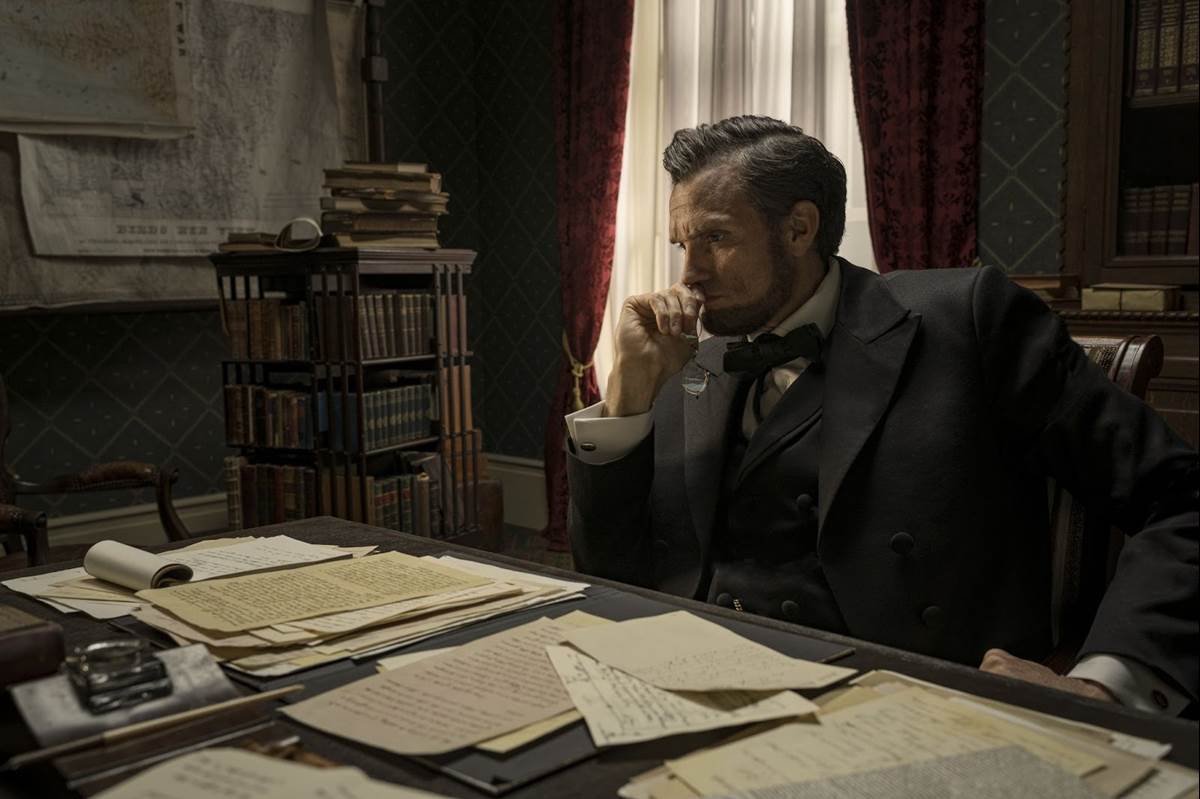 The making of The HISTORY Channel’s documentary film “Abraham Lincoln”

The HISTORY channel spends President’s Day weekend with abraham lincoln through a three-night documentary event at 8/7c from Sunday to Tuesday February 20-22. “We like to use all the storytelling tools we can for a series like this, and that includes what we call ‘cinema documentaries,’ because we think it’s the beautiful marriage of film and documentary,” said executive producer Dave Sirulnick. explained during a ATC press conference. Unlike a traditional documentary, the event includes scripted footage with actors to bring the story to life. “Combining all of these tools, if you will, to tell this epic story and this very personal story is what we like to bring to them and we think it’s a really wonderful new format.”

“I was terrified of being in the wake of Daniel Day-Lewis,” Emmy-nominated actor Graham Sibley said of playing the 16th president of the United States. “Spending this very focused time with Abraham Lincoln, it redefines what you think strength is and moving forward, this experience asks me so much, and anyone I think who spends time with him recognizes the immense struggles that he had to face. It requires self-discipline, integrity, and honesty, and it goes on and on among those major hurdles he had to overcome. I’m just clinging to a thread of it trying to put a veil of reality on it, but imagining what he had to go through is a lonely, isolating experience, but just a thread of what I’m sure he was crossing.”

abraham lincoln is produced by presidential historian and Pulitzer Prize-winning best-selling author Doris Kearns Goodwin. “Having written about Franklin Roosevelt and Eleanor Roosevelt and Lyndon Johnson and the Kennedys, there is nothing greater, in some sense, than the Moby-Dick in American history, who is Abraham Lincoln,” Doris shared. “It was really scary for me too. I hadn’t studied the 19th century, and what I discovered was that the scholars of Lincoln were so hopeful. I was able to stand on their shoulders. David Donald, who was one of Lincoln’s great scholars, introduced me to his library. He introduced me to other historians, and there’s a certain sense in which the desire to Lincoln not to have resentment towards others or not to be jealous of others or to feel envy plays on all of us who have studied him I think I have become a better person by knowing my fellow historians from Lincoln.

Over the course of the seven and a half hour miniseries, viewers will see a detailed portrait of Lincoln, including the things that made him inherently human, his contradictions. “What the show is going to be able to do is take Lincoln when he was just Abe,” Doris Kearns Goodwin explained. “Graham is playing it from 21 which is amazing and he’ll be playing it until he’s 56. And you see a man who’s contradictory about whether he’s going to go for emancipation or if he’s just going going for the union… He’s had all kinds of depressions he’s suffered from all his life, but humor is the way he regains his resilience He loses that first race for the Senate – two races for the Senate , a first run for the state legislature – but he keeps going and he eventually wins.