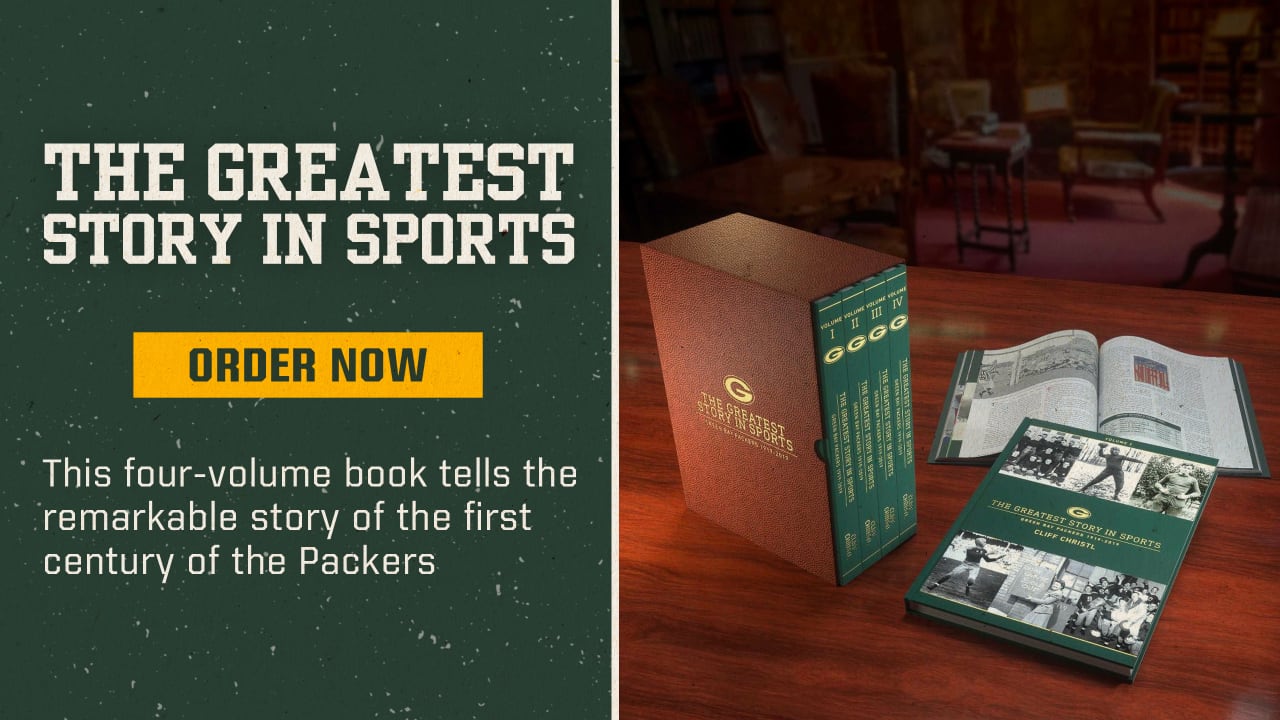 The best history of sport, the comprehensive four-volume history book detailing the first 100 years of the Packers, is now available for purchase exclusively through the Packers Pro Shop, both in-store and online.

Christl will be available to sign books and meet Packers fans from 11 a.m. to 1 p.m. on Saturday, December 11, in the Custom Jerseys clearance area of ​​the Packers Pro Shop near the cashier in the northwest corner of the store. Participants in the signing session are requested to wear face masks or coverings.

The book takes readers on a journey that begins in 1919 with the seemingly unremarkable birth of a team that would go on to become one of the most iconic of all professional sports. Christl’s extensive research and compelling storytelling dispels myths and shares the truth behind legends that have persisted throughout the team’s history. The story unfolds through all the twists and turns that led to public ownership and the survival of the team in the NFL’s smallest market, despite being perpetually on its deathbed during its early decades.

From the glory of Vince Lombardi’s champion teams to the frustration and heartbreak of the ’70s and’ 80s, no stone is left behind in this definitive story. Readers can relive the joy and pride that blossomed in Green Bay in the 1990s and the years of talented teams that continued to fight for the championships over the past three decades. Today, the Packers endure, prosper and compete, through thick and thin. Full of rare photographs and untold stories, The best history of sport lives up to its name and reminds sports fans and history buffs why the Green Bay Packers legacy lives on.

Cliff Christl has spent most of his professional life writing and researching the Packers. He has been a team historian for the Packers since 2014, having spent 36 years as a sports reporter covering the team for four different Wisconsin newspapers. Originally from Green Bay, he worked 14 months at the Manitowoc Herald-Times before spending almost 16 years at the Green Bay Press-Gazette and 20 years at the Milwaukee Journal and Milwaukee Journal Sentinel. Christl served on the Professional Football Hall of Fame Selection Committee from 2002 to 2014 and has been a member of the Packers Hall of Fame Selection Committee since 2007. He has authored or co-authored seven other books. , mainly on the Packers and professional football. He also led efforts to create the Packers Heritage Trail with its 25 historic sites and impressive downtown plaza, which tells the story of the Packers’ rich history from Lambeau to Lombardi.

To buy the book online, go to packersproshop.com/the-greatest-story-in-sports.