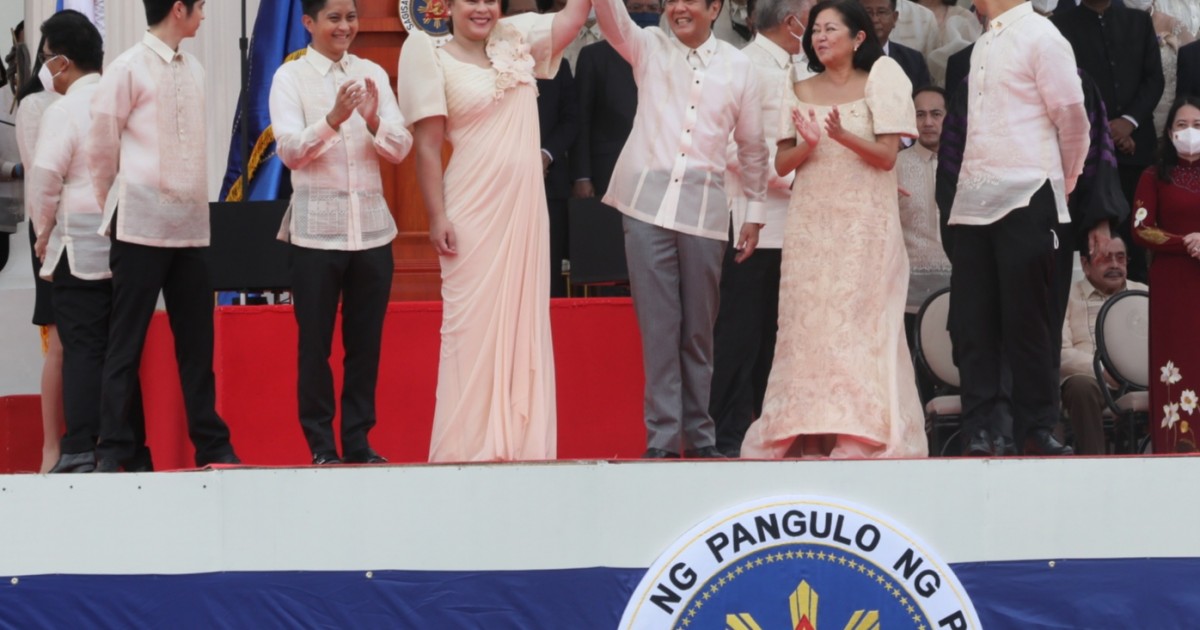 The past and present of the Philippines

Landing at Manila in the Philippines, you will land at Ninoy Aquino International Airport, named after the rival politician murdered during the time of dictator Ferdinand Marcos. In Quezon City, you can visit a memorial to the victims of the Marcos regime. And yet, earlier this year, the Philippines elected Marcos’ son, Ferdinand “Bongbong” Marcos Jr. as president. Marcus Coll writes about the trip to the Philippines for the inauguration and the story behind President Marcos: take two.

In June, I undertook a trip to the Philippines. This trip coincided with the inauguration of the country’s 17th president – Ferdinand ‘Bongbong’ Marcos Jr.

May saw one of the most important elections in modern Philippine history: the election of Ferdinand Marcos Jr., commonly known as “Bongbong” or simply “BBM”, as President and Sara Duterte ( daughter of former President Rodrigo Duterte) as Vice President. .

Bongbong’s father, Ferdinand Marcos Snr., presided over the Philippines from 1965 to 1986. His two-decade authoritarian rule was notorious for martial law, human rights abuses, disappearances, foreign debt crisis and the decline in the standard of living.

The Marcos family (including Bongbong) were forced into exile in Hawaii after the EDSA People Power Revolution forced them out of the Malacañang Presidential Palace.

Yet 36 years later, Ferdinand Marcos’ only son, Bongbong, was elected president of the Philippines. Bongbong credited this family continuity in his inauguration speech, saying of his father: “…he did; sometimes with the necessary support; sometimes without. It will be the same with his son.

Top: Bongbong Marcos returning to Malacanang Palace with his family after his inauguration. Bottom: Bongbong as a boy alongside his father, mother and sisters in 1969. Source: Reply/Twitter

Bongbong won a landslide victory with 58.77% of the vote, eclipsing that of his closest rival Leni Robredo with 27.94%.

So how did it take only three decades for so many people to forgive and forget the crimes of the Marcos family?

During the 1970s and 1980s, the Marcos became infamous for their extravagant lifestyle.

Bongbong’s mother, Imelda Marcos, now 93, claimed her ostentatious life was simply ‘mothering’ to a nation in need. His $5 million shopping sprees in New York and Rome, and his collection of more than 3,000 pairs of shoes are said to have provided a “kind of light, a star” to millions of impoverished Filipinos.

In 1989 Imelda and Ferdinand Marcos Snr. achieved a Guinness World Record for the biggest theft from a government, after allegedly siphoning between $5 billion and $10 billion of the country’s money into their own hands.

To date, the actual amount of Marcos’ ill-gotten wealth is unknown. Unashamed in their greed, Imelda later said, “They found no skeletons, only nice shoes.” 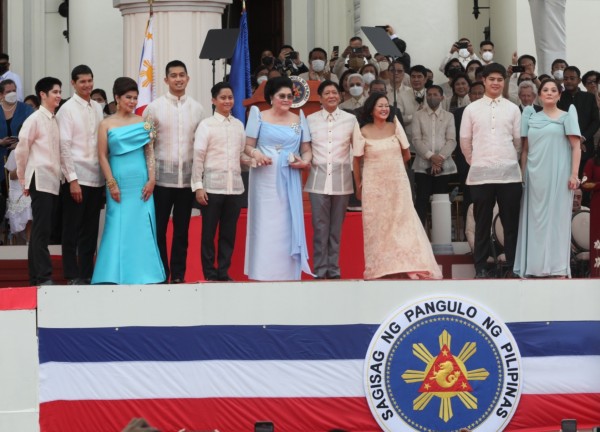 The whole family of Bongbong Marcos during his presidential inauguration, including Imelda Maros (in the center, in a blue dress). Image: Wikimedia Commons

Memory of the Marcos era is far from uniform. My foster mother, for example, said that although she was never a supporter of Marcos, she enjoyed the relative peace and stability of the time, albeit under martial law.

For other Filipinos, the name Marcos is synonymous with greed, repression, and the disappearance or extrajudicial execution of loved ones.

Others remember the era for its wealth generation, economic prosperity, and ambitious infrastructure projects.

During the presidential campaign, Bongbong tiptoed around this contested legacy. He claimed he was not inclined towards dictatorship while almost marrying his father in the same breath for presiding over a “golden era”.

During his inauguration, Bongbong continued to do the splits giving odes to his father’s accomplishments while also declaring, “I’m not here to talk about the past… We’re not looking back but looking forward.” This hand-picked nostalgia was effective among those who had never experienced the Marcos era. For many younger generations, it painted a picture of a glorious past alongside the promise of a bright future: the majority of people between the ages of 25 and 35 voted for Bongbong, the highest of all voting groups. ‘age.

Bongbong’s campaign tactic was to avoid confrontation with the media by refusing to participate in candidate debates. He granted few interviews and defined no concrete policy. As opposition candidates lashed out at each other, Bongbong avoided slippage by relying on the simple term “Unity” strewn across his well-oiled social media machine.

The tactic paid off. His inauguration speech was littered with unifying patriotic sentiment and vague promises of a bright future guided by his hand.

But Bongbong’s success wasn’t solely due to his own attractiveness or his father’s fame. He also followed the name “Duterte” with his wildly popular running mate Sara Duterte whose father Rodrigo enjoyed a historically high approval rating as president. The fragmented opposition was no match for the Marcos-Duterte duo and past criticisms were drowned out.

Reminders of alternate versions of the past are fully displayed, however.

I landed at “Ninoy Aquino” International Airport in Manila, named after Marcos Senior’s biggest political rival. In 1983, Aquino was shot on the tarmac at the height of the regime.

The 500 peso note now bears his face alongside that of his wife “Cory”, who became the country’s president after Marcos was ousted. In Quezon City is the “Bantayog”, a large memorial dedicated to the victims of the Marcos regime. It consists of an engraved memorial wall of the many “martyrs or heroes” who fought against Marcos.

Across the country, mansions seized from the Marcos family by the government have been turned into public museums displaying all of the family’s excesses.

All of these visual markers are a silent affront to the version of history to which Bongbong and his followers subscribe. It remains to be seen how these “adverse” stories will exist under a Marcos presidency.

Democracy calls for acceptance of election results, however controversial they may be. The election has shown that everything that informs the present depends on what individuals choose to forget and remember.

When history is manipulated for political ends, the result is a disregard for inconvenient truths and a stifling of any ability to learn from past mistakes.

With the task of redeeming the Marcos family name, great pressure rests on Bongbong’s shoulders to bring change to the Filipino people during his six-year tenure. Only time will tell how his presidency will be remembered and forgotten.

In the words of Imelda Marcos, “Perception is real, and truth is not.”