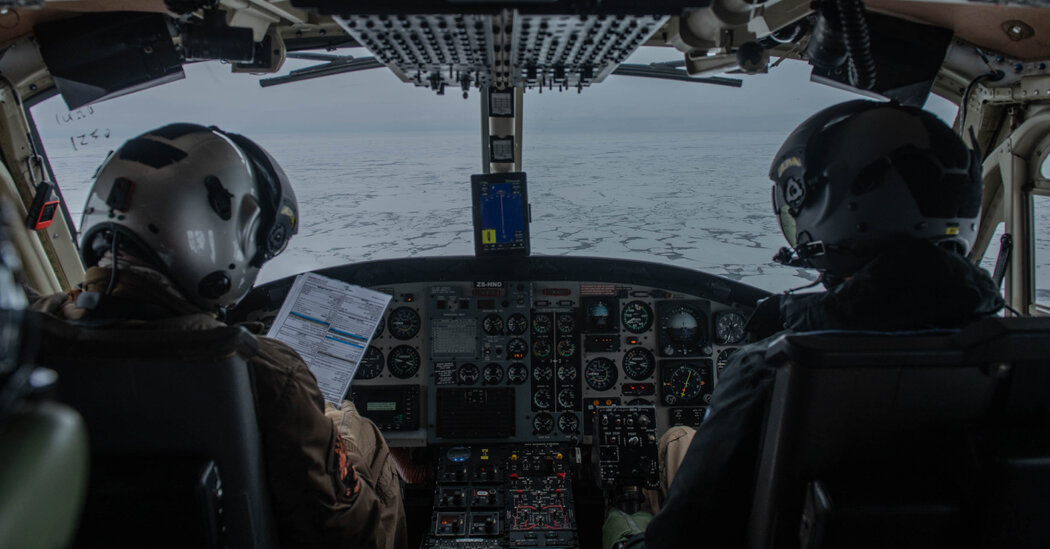 The search has begun for an Antarctic pioneer’s lost ship

The hunt is on for Endurance, Ernest Shackleton’s ship which lies 10,000 feet below the icy Weddell Sea in Antarctica.

After an 11-day voyage aboard a South African icebreaker, the expedition, known as Endurance22, began searching for the wreckage this week. Underwater drones equipped with cameras, sonar and lasers scanned 100 square miles of seabed for the remains of the 144ft wooden ship, which sank in 1915 after being crushed in the ice.

Mensun Bound, the expedition’s exploration director, said in an email that after some technical problems the submersibles were performing well, completing multiple dives each day. The images show that the seabed is flat and consists of fine sediments and small rocks. “It should be possible to quickly identify any wreckage,” he said.

The expedition, financed with more than 10 million dollars by an anonymous donor, has about a week left before the icebreaker Agulhas II is due to return to Cape Town.

But the expedition isn’t just in search of one of the most famous wrecks yet to be discovered, a ship that holds a revered place in the history of Antarctic exploration. On board are researchers with a more forward-looking goal: they study the Weddell Sea sea ice, looking for signs that it is changing as the world warms due to greenhouse gas emissions from human origin.

Two helicopters aboard the ship were used to transport these scientists to the ice floe, where ice cores are drilled for later laboratory analysis.

Stamina was lost while transporting Shackleton and his crew of 27 to Antarctica in what was to be an attempt to be the first to cross the continent on foot. The sinking, which occurred months after the ship was first trapped in pack ice, dashed those hopes but resulted in one of the greatest tales of survival in the face of great adversity. Shackleton led some of his men on an epic journey by small boat to South Georgia Island, a journey of 800 miles, from where he organized the rescue of the entire crew. He returned to Britain as a hero.

As Shackleton learned firsthand, the Weddell is known to have thick, multi-year-old ice, a function of the circular sea current. But the ice en route to the research site wasn’t too bad, said John Shears, the expedition leader. “Our transit was much quicker than expected due to low ice conditions, with plenty of open water leads available for the ship to maneuver,” he said.

The ice in the search area also presented no obstacles, Bound said. It is thin enough for the blast from the icebreaker’s propeller to create enough open water to launch the submersibles. He said that although the search was in its early stages, the team was making good progress in the search area.

Endurance captain Frank Worsley was able to use basic navigational tools to determine the location of the ship when it finally sank. But Worsley’s watch, which he used to make midday sun observations, was about 10 minutes off. Through analyzes of this and other potential errors, as well as modeling of possible drift, a search area of ​​7 miles by 14 miles was established.

If the remains of the ship are found, the submersibles will take video and photographs and make laser scans of the wreckage, which will most likely serve as the basis for museum exhibits and educational materials. But the site, classified as a historic monument, will not be disturbed.

Depletion of water reserves. The world’s glaciers may hold less water than previously thought, suggesting freshwater supplies may peak sooner than expected for millions of people around the world who rely on melting glaciers to drinking water, crop irrigation and daily use.

Measuring emissions from space. A European satellite reveals sites in the United States, Russia, Central Asia and elsewhere that are “ultra-emitters” of methane, a powerful gas that warms the planet. Data could help fight climate change.

The wreck should be in relatively good condition, unlike other old wooden wrecks in warmer waters which are often consumed by marine organisms.

Although photographs taken before the sinking by Shackleton’s photographer, Frank Hurley, appeared to show Endurance in pieces, it was mostly masts and rigging. Mr Bound and others said it was likely the hull was virtually intact when the vessel sank, although it may have split open when it hit bottom.

The expedition crew hopes to find out for sure soon. “We remain optimistic that with the current sea ice conditions and the performance of the submersibles, we will find the Endurance,” Mr Shears said.