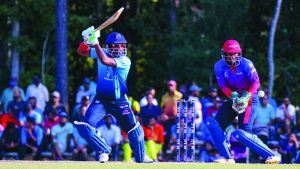 SAN FRANCISCO: Minor League Cricket (MiLC) has announced that Toyota will return as title sponsor for its second season of play in 2022, with Sunoco signing on as title sponsor of the first and only U.S. T20 Championship. MiLC also announced today that the 2022 Season Draft will take place on Thursday, May 12. Twenty-seven teams will take part in the competition again from Saturday June 25, with more than 200 matches scheduled for this summer.

Toyota’s return as title sponsor of the MiLC follows its inaugural season support in 2021, with the championship won by the Silicon Valley Strikers last October. The Bay Area team, led by Unmukt Chand, defeated the New
Jersey Stallions during the final held in Morrisville, North Carolina. 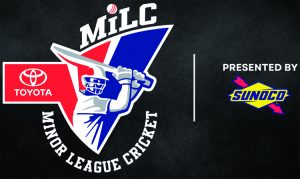 Sunoco joins the Minor League Cricket family as Presenting Partner for the 2022 season, to showcase 27 teams and 500 players in nationwide matches in 20 cities, the largest cricket competition in the United States.
Sunoco will be the Official Fuel and Official Troubleshooter of Minor League Cricket.

“After the most comprehensive tournament in the history of American cricket which was successfully held in 2021, we look forward to bringing the titles and sponsors announced for the 2022 Minor League Cricket Championships to a championship cricket even stronger minor league Toyota presented by Sunoco in 2022,” said Justin Geale, Tournament Director, Minor League Cricket. “Toyota and Sunoco’s support for this league will bolster the growth of cricket in communities across the country, with minor league cricket serving as a vital pathway to the United States National Team.”

“Toyota is proud to once again support Minor League Cricket this season as it continues to grow this exciting sport here in the United States,” said Darcey Rayner, Sponsorship Strategy, Integration & Activation, Toyota Motor North America. “Following the success of last year’s season, we are thrilled to see players and teams from across the country competing for the championship this summer.”

“Sunoco is delighted to partner with Minor League Cricket and support the continued growth of the sport across the country,” said Fred McConnell, Chief Marketing Officer, Sunoco. “Sunoco knows how important the sport of cricket is to so many of our customers and is proud to invest in the cricket community and its continued success.”

The Toyota Minor League Cricket Championship presented by Sunoco features the country’s strongest cricketers, with each team comprising a selection of marquee professional players, priority national players and
a required number of U21 and U19 players to support the development of emerging talent for the United States national teams.

Twenty-seven teams will again contest the 2022 MiLC season. Twenty-five teams returned from the inaugural season, with the Chicago Tigers replacing the Chicago Catchers in the Central Division, while the South Division welcomed the Atlanta Lightning, with the Atlanta Param Veers departing.

Two other Central Division teams will change names: the Austin Athletics will now be known as the Lone Star Athletics and the Irving Mustangs as the Dallas Mustangs. The second season of MiLC will unfold over eight weeks of regular season action across the country this summer. The Toyota Minor League Cricket Championship will conclude with the conference semi-finals to be held on August 20-21 and the finals weekend on August 27-28.