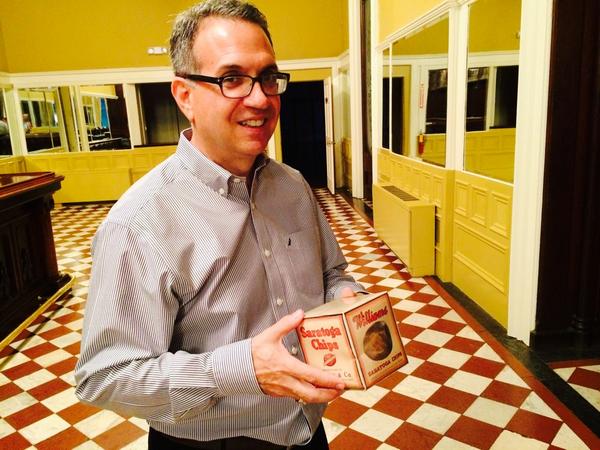 SARATOGA SPRINGS – For the second time, the man known as Toga Chip Guy has appeared on History Channel’s “Food that Built America” ​​series.

Alan Richer was featured on Sunday night’s episode “When the Tokens Are Low,” which followed the development of the Pringles single chip and Frito-Lay’s efforts to go national. Richer was also featured in “Chip Dynasties,” which was also part of the show’s second season.

“It was an incredible opportunity for me,” said Richer. “I got calls from people I haven’t spoken to for 50 years. There are also potential offers in Germany and Canada and a podcast. “

Richer, a history buff of Saratoga Lake, got his name after researching potato chips, which were invented in 1853 at Moon’s Lake House. The story goes that a customer, with many historical websites indicating it was Cornelius Vanderbilt, was disappointed with the French fries that were served and sent them back to the kitchen. Chef George Crum then sliced ​​the potatoes as thinly as he could, fried them until crisp and served. Thus was born the potato chips. He now considers himself a potato chip historian.

While Richer is familiar with the history of local potato chips, learning about the history of Pringles and Lay’s chips was nerve-racking and intense.

“I thought I was studying for the bar again,” he said.

He must have had answers to a hundred questions the producers asked him in advance, which he was trying to memorize. He learned during the five-hour recording of his interview that this was not necessary as breaks were allowed so that he could review his notes.

He was also worried about pronouncing the hyperbolic paraboloid, the mathematically correct name for the shape of the Pringle.

“I was worried about messing it up,” Richer said. “I had nightmares over and over again.”

But everything went well, he says.

“It has been very exciting,” he said.

2021-06-08
Previous Post: Win adventures at the filming location of Season 8 “Alone” of the HISTORY channel! – Maple Ridge News
Next Post: Clay Hayes of Idaho competing on “Alone” on the HISTORY Channel; exclusive interview with The Idaho Press | Community