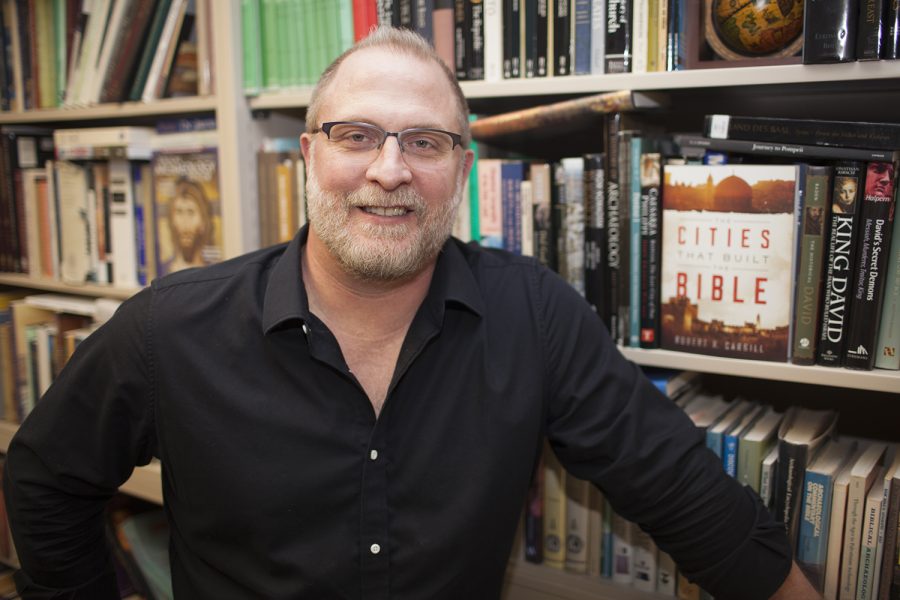 UI Assistant Professor Robert Cargill has been a consultant for the History Channel’s “Jesus: His Life” documentary series, which airs March 25, chronicling the life of Jesus through the styles of drama and drama. documentary.

Professor Bob Cargill from the Departments of Religious and Classical Studies at IU poses for a photo on Wednesday, March 13, 2019. He is featured in the History Channel 8-part documentary series titled “Jesus: His Life”.

While filming on the History Channel set, Assistant Professor Robert Cargill had the opportunity to add his voice to the discussion about the life of Jesus Christ.

The Cargill from the Departments of Religious and Classical Studies at the University of Iowa will be featured today in “Jesus: His Life” on the History Channel. Cargill, among other researchers, has been invited to consult on the eight-part series in addition to making special onscreen appearances.

The series tells the story of the life of Jesus using both the style of a drama and a documentary. In his work on the series, Cargill said the excellent screenplay and acting used in the docudrama, combined with the emphasis on historical accuracy, set it apart from other historical programs.

His teaching focuses on Judaism and Christianity during the early centuries BCE and CE, Cargill said. He has worked with the program’s production company, Nutopia, in the past, he said, and appreciates its serious recognition of Bible scholarship.

“My favorite part is showing people – whether you’re a Jew, a Christian, an agnostic or an atheist – that the Bible is actually a fascinating piece of literature, and it’s important that everyone knows something about that,” he said. -he says.

Mark Goodacre, professor of religious studies at Duke University, also worked as a serial consultant and appeared in seven of the eight episodes. There was a 50-50 combination of drama and information based on expert research, he said.

He was honored to be featured on the program because of his unique interaction between expert commentators and dramatic action, he said.

“I’m very flattered that they are interested in my opinions on these things,” Goodacre said. “As someone fascinated by the way this movie portrays a biblical story anyway, it’s great to have people take my own thoughts seriously, and it’s a huge privilege.”

Cargill said the UI value of public academics and their work has given the Department of Religious Studies national visibility through “Jesus: His Life.” Making its research and scholarships available to the public is something the university considers important, he said.

“[The] The University of Iowa, as a taxpayer-funded public university, understands the value of having its faculty speak directly to the public, whether by giving public lectures or making television documentaries. nationally, ”he said.

The chairman of the religious studies department, Morten Schlütter, said the program shows the scientific and research commitment of researchers such as Cargill.

“I think it’s wonderful for the department and gives us wonderful visibility and for the University of Iowa… I think it’s great that academics like Robert Cargill are featured on these shows,” he said. -he declares.

Cargill said that “Jesus: His Life” represents how the Bible affects the daily lives of people, whether religious or not.

“Whether you are religious or not, the text of the Bible has an impact on our daily life because so many people believe in it today,” he said.