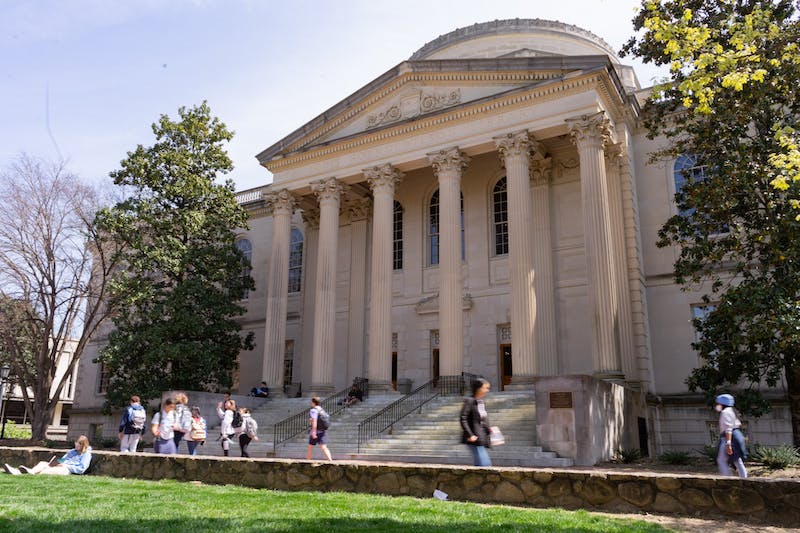 The endowment comes after university libraries faced significant budget cuts during the fall semester – a total of $5 million in cuts over the next two fiscal years. The money was then redirected to libraries during the spring semester.

The endowment includes $1.5 million to establish the position of curator Sarah Graham Kenan in the Southern Historical Collection – an archival collection and repository of primary documents about the American South.

The Wilson Library houses more than 5,000 distinct archival collections and primary documents on topics including communities and families, business and labor, slavery, and civil rights activism.

Westbrooks said in a University Libraries press release that Graham Kenan supported the Southern Historical Collection before it was established.

“Just as it looked to the future, this Kenan Charitable Trust endowment looks to the next century of collecting and beyond,” she said. “Sarah Graham Kenan’s legacy will live on in the collection she helped make possible.”

Chaitra Powell, curator of the Southern Historical Collection, said she plans to use the funding to provide more resources that support students’ academic and research goals.

“We’re trying to get more things they can use [and] trying to give them more experiences with the materials,” she said.

She added that the endowment serves as a means of supporting academic libraries to maintain existing resources and implement new ones.

María R. Estorino, associate university librarian for special collections and director of the Wilson Special Collections Library, said she hopes the endowment will help expand community use of the collection by digitizing more of its materials.

“One way students might see the impact of the endowment is in these opportunities to engage not just with the original materials as you traditionally would when writing an article or creating a website – but in really asking new questions and using new and different tools to find the answers,” Estorino said.

The endowment will also support the University’s Southern Futures Initiative, a program that provides scholarships for students to conduct research on the southern United States.

Madd Heartley, recipient of a Southern Futures award, said she used her scholarship to research the preservation of black culture on Johns Island, South Carolina.

The ability to investigate the subject would not have been possible without this award, Heartley said.

Heartley believes this scholarship and the resources provided by the library enable students to better understand Southern history and conduct their own research.

“By providing students and others with the resources and options to support themselves with this grant, it helps to better contextualize Southern history, which I think is something that continually needs to be addressed. work,” she said.

The remaining $500,000 of the endowment will focus on providing fellowships that support research using Wilson Libraries’ special collections, Estorino said. She said the William R. Kenan, Jr. Charitable Trust has challenged university libraries to match their $500,000 endowment over the next three years.

The creation of an endowment creates an opportunity to expand these programs forever, Estorino said.

The scholarships will also help connect students to other resources on campus.

“It’s this kind of dynamic experience where basically we fund research but we create this conversation – we try to connect fellows with other resources on our campus, our faculty, the Center for the Study of the American South and UNC press,” she said.

Estorino said she hopes the endowment will allow university libraries to provide more resources to the campus community for all different areas of research.

“This kind of staffing would allow us to do that, allow us to try things, allow us to figure out what would work, and support our diverse community of users more broadly,” she said.

To get the day’s news and headlines delivered to your inbox every morning, sign up for our email newsletters.