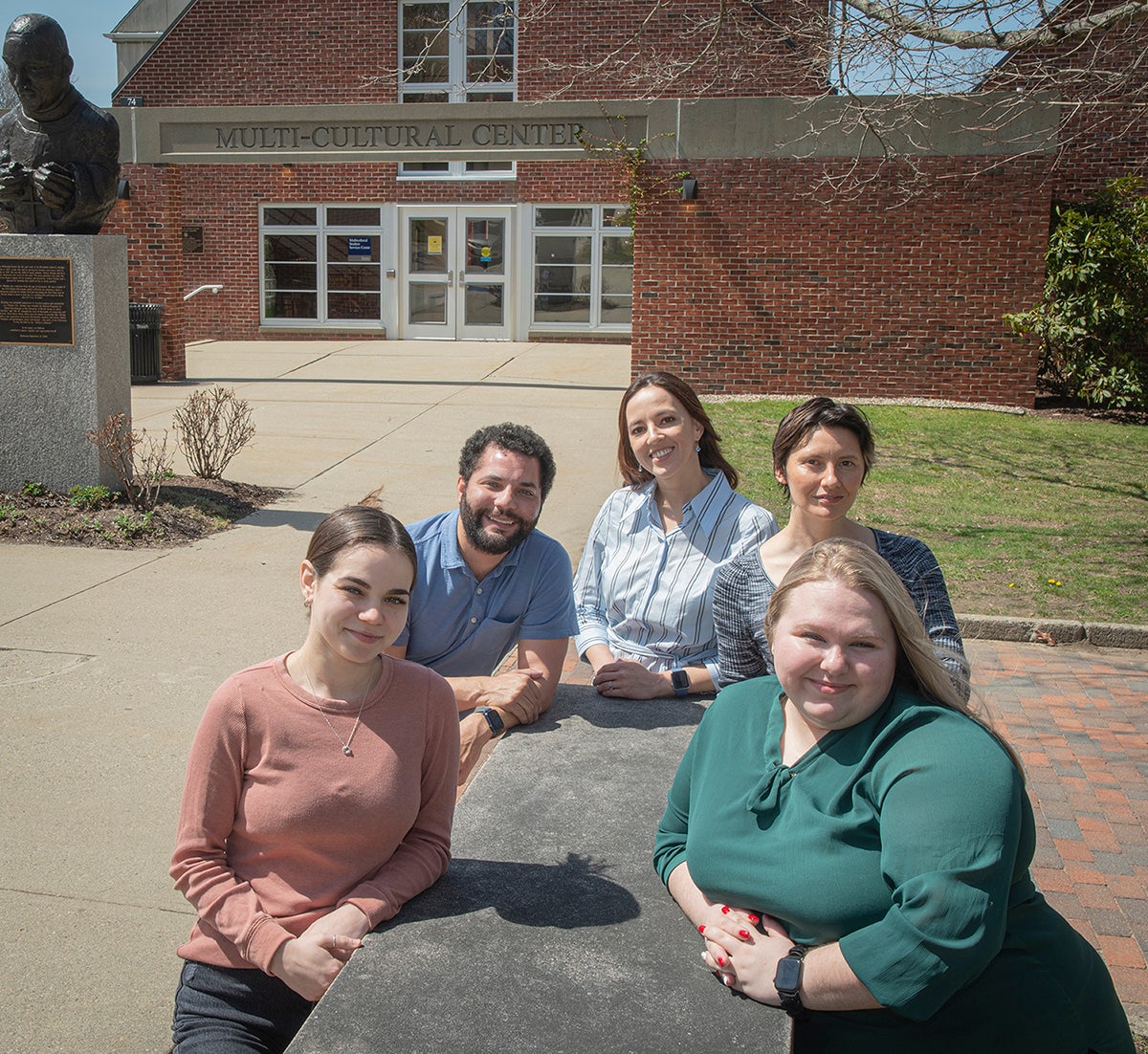 KINGSTON, RI – April 25, 2022 – On the heels of a public housing research project in Rhode Island, the URI Center for Nonviolence and Peace Studies is hosting the two-day Get Housing RIght conference to explore the affordable housing options and public policy.

Jennifer Vincent, who is graduating with a master’s degree in public administration in May, is the conference organizer. Vincent started working on the conference last semester after participating in a public housing research project.

The team of faculty, graduate and undergraduate students then undertook a three-pronged research process. Funded by the Rhode Island Foundation, the South Kingstown Housing Authority and the Jonnycake Center in Peace Dale, the team conducted approximately 300 door-to-door surveys of public housing residents living across the state. The surveys asked residents about their satisfaction with the physical conditions of social housing, access to amenities such as public transport and interactions with housing authorities.

“Most of the people we spoke to really appreciated that we took the time to not only find out their specific experience in public housing, but also that we would take our findings and incorporate them into recommendations for public housing authorities. and decision makers at the state level,” Vincent said.

The idea for the housing conference was born out of Vincent’s enthusiasm for the research and the team’s hope to share the results with more people.

Mark, director of the Center for Nonviolence and Peace Studies and assistant professor of political science, helped lead the research and support the development of the conference. He liked Vincent’s idea for a conference because it would be a strong way to bring together policy makers and academics to develop effective policies. This was one of the aims of the South Kingstown Housing Authority.

“I hope this is the start of an ongoing effort to bridge the gap between academics and policy makers, grassroots organizations and activists,” Mark said. “I think academics have a lot to say, and I think we have a responsibility to put our knowledge, ideas and expertise into practice in ways that make the world a better place.”

Vincent focused most of his MPA courses at URI on housing issues. She is passionate about affordable and efficient public housing in the United States and throughout Rhode Island. She hopes the conference will spark discussion and advocacy for housing issues everywhere.

“I think it’s important to come together as a community of people who care passionately about this issue to come up with ideas, connect with lawmakers, connect with each other, and see where the power of advocacy as well as administrative power,” Vincent said. “There is excitement and excitement around all the new affordable housing ideas.

The first day of the Get Housing Right conference will be hosted virtually and will bring together experts from across the country to talk about affordable housing. Diane Yentel of the National Low Income Housing Coalition will welcome day one participants to the plenary. Other panelists include Magda Maaoui from the University of Cergy-Paris, Rahul Vanjani from the Providence Transitions Clinic, Brett Theodos from the Urban Institute and many others.

The second day of the conference, hosted at the Shepard Building in Providence, will focus solely on Rhode Island and welcome politicians, policy experts and members of the URI community for panels and discussions on affordable housing. President Marc Parlange and Senator Jack Reed will open the second day of the conference. Featured panelists include State Representative David Morales, State Representative June Speakman, State Senator Meghan Kallman, Brenda Clement of HousingWorks RI and Mark and the URI Research Team.

Day two will conclude with a community meal at AS220, a non-profit organization that celebrates Rhode Island’s artistic community.

The Get Housing RIGHT conference is free and open to the public. It is supported by Homes RI. Registration is available on the conference website (web.uri.edu/nonviolence/get-housing-right-conference/) for more information as well as conference registration information.

Kate LeBlanc, a journalism and political science major at the University of Rhode Island and an intern in the Department of Communications and Marketing, wrote this press release.