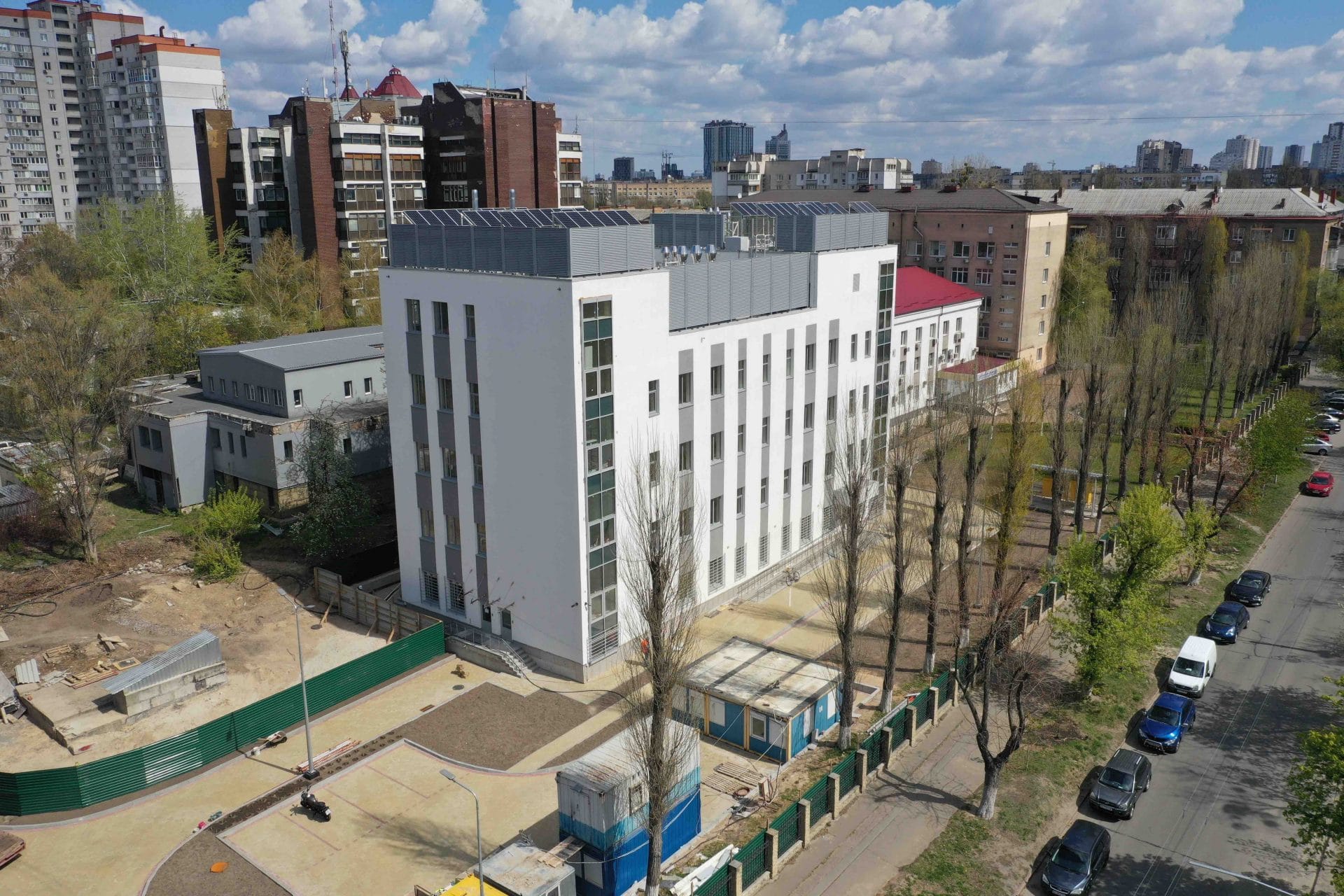 The Russian invasion of Ukraine could endanger a network of U.S.-linked Ukrainian labs that work with dangerous pathogens, said Robert Pope, director of the Cooperative Threat Reduction Program, a Defense Department program. 30-year-old who helped secure weapons of mass destruction from the former Soviet Union and redirect former bioweapons facilities and scientists to peaceful efforts.

Laboratories in Ukraine are not biological weapons facilities. The U.S. government maintains overseas facilities in Ukraine and other countries that receive U.S. support are public health and animal health facilities operated by host nations. Although a long Russian disinformation campaign has painted a picture of a network of US military labs in Ukraine, Georgia and other former Soviet republics involved in biological weapons or risky research, Pope said the laboratories conducted peaceful scientific research and disease surveillance. Outside experts have also said Pope’s program was not a covert bioweapons operation.

Although the United States does not maintain biological weapons facilities, Pope said, the war could endanger pathogen collections in Ukraine.

“I would say that in all the facilities that we’ve worked with them in, we believe that as long as the electricity is on and the people that we’ve trained are present in the facility, the biosecurity officers, that those officers pathogens are safe and meet international standards,” Pope said. “If these facilities were to be damaged by conflict, that could change.”

The pathogens that the Cooperative Threat Reduction Program laboratories work with are usually kept frozen, so they cannot replicate and become infectious. The risk posed by pathogens would increase if a building lost power and suffered damage. “If you lose power, the pathogens in the freezers heat up,” he said. “If the ventilation system is damaged, or if the building itself is damaged, and these pathogens now at room temperature are able to escape from the facility, then they can be potentially infectious in the region around install.”

Although Russian officials and media have misrepresented US-backed labs in Ukraine and other former Soviet countries in disinformation campaigns, Pope does not believe the Russians will deliberately direct weapons at the labs during the war. ‘invasion.

“I think the Russians know enough about the types of pathogens that are stored in biological research labs that I don’t think they would deliberately target a lab,” Pope said. “But what worries me is that they would be… accidentally damaged during this Russian invasion.”

The invasion could also fuel new narratives of misinformation around the labs, Pope feared. The Russians, he said, “could potentially go into one of these facilities and fabricate something they call evidence of nefarious activity at the facility.”

Pathogens in Ukrainian labs vary by facility, Pope said, but some can be characterized as being of concern in the Ukrainian environment. As an example, he cited the African swine fever virus, which is highly contagious in pigs and has caused hundreds of outbreaks in Ukraine since 2012. Some labs, he said, may have remaining pathogenic strains from the Soviet biological weapons program, kept in freezers for research purposes.

“No place yet has the infrastructure for research or production of biological weapons,” Pope said. “Scientists being scientists, it wouldn’t surprise me if some of these strain collections in some of these labs still had pathogenic strains that go back to the origins of this program.”

The program encourages host countries to reduce the scope of their pathogen stockpiles to as small a collection as necessary for legitimate scientific research, Pope said.

“What we have today and what these countries maintain are small amounts of various pathogens which are basically things that are taken from their environment and that they need for research to legitimately monitor disease. and develop vaccines against it,” he said.

This work, Pope said, continued in Ukraine until recently. “They have more pathogens in more places than we recommend,” he said. The program had helped Ukrainian researchers sift through their frozen pathogen collections, with the aim of persuading Ukrainians to preserve their genetic information from samples via sequencing before destroying live samples.

Pope said his program was close to an agreement with the Ukrainians on sample consolidation, but the invasion has now made that project uncertain. “All of that, obviously, has gone off the rails here with recent events,” he said.

The cooperative threat reduction program, Pope said Thursday, has not had contact with biosecurity personnel at Ukrainian labs since the Russian invasion. Phone lines have been blocked in Ukraine, he said, and “I don’t know what kind of contact we will have in these labs in the near future.”

Some Ukrainian labs, like the Ukrainian Health Ministry’s Public Health Center, Pope said, are major facilities, others small. Some are new, while others date back to the Soviet era and the country’s biological weapons program.

The US government has worked with 26 facilities in Ukraine. Prior to the invasion, the program provided direct material support to six Ukrainian laboratories. The program also provides training in biosafety and scientific mentorship to Ministry of Health personnel across the country.

Researchers consider the Soviet biological weapons program to be the largest and most sophisticated in existence, employing some 65,000 scientists. While the United States and the Soviet Union signed the 1972 Biological Weapons Convention banning biological weapons, the Soviet Union secretly expanded its program. The country program had a forward-looking orientation; it sought, for example, to develop chimeric viruses that had the genetic properties of two viruses and even to create viral/bacterial hybrids, biosecurity experts Milton Leitenberg and Raymond Zilinskas wrote a well-regarded history of the program in 2012.

The cooperative threat reduction program began with strong Russian involvement. By the early 1990s, “employees at the multiple former bioweapons facilities operated by Biopreparat, the non-military part of the program, were increasingly desperate to support themselves and their families,” according to one account. 2020 rendering published by the US National Academies of Sciences, Engineering and Medicine. An agreement between the European Union, the United States, Russia and Japan led to the development of the International Science and Technology Center in Moscow, which channeled resources from the United States’ Cooperative Threat Reduction Program and funding from other countries to scientific projects involving former biological weapons experts. .

The Technology Center has supported thousands of “former gunsmiths”, who have worked on projects in areas including laboratory security, infectious disease research, medical countermeasures, and diagnostic test development.

The Pentagon has even sponsored Western scientists to work in former Russian bioweapons labs. In 2012, however, the arrangement between Russia, the United States and others began to crumble and Russia ended its agreement to host the International Center for Science and Technology, which since moved to Kazakhstan.

Cooperative Threat Reduction Program efforts continued in the former Soviet republics of Ukraine and Georgia. After 9/11, the program began to focus more on how terrorists could abuse the biological research and bio-threat reduction component of the program, as opposed to programs involving nuclear or chemical weapons, said said Pope. Now, 62% of the program’s $360 million budget for this fiscal year is dedicated to biological issues.

At some point after Russia withdrew from the cooperative threat reduction program, disinformation campaigns involving Russian officials, state media and others began alleging that the United States was conducting a threat reduction program. biological weapons on the outskirts of Russia, or that it endangered the health of local populations. citizens with dangerous experiments. As Russia’s march toward war in Ukraine intensified, a campaign to discredit US-affiliated labs in the country also intensified.

“You look at the partners we have in several of the former Soviet republics, like Armenia, Azerbaijan, Georgia, Kazakhstan, Ukraine and Uzbekistan, where we’ve had great partnerships for many years. – I think Vladimir Putin sees this as a zero – sum game, ‘if they partner with the United States, then it’s a threat to the Russian sphere of influence,’” Pope said.

Putin’s endgame in Ukraine remains unclear. On the second day of the invasion, Russian troops reportedly advanced into the capital Kiev. By all accounts, the People’s Government of Ukraine is on the verge of collapse. Pope said he looked forward to resuming work with his partners in Ukraine. It’s not a safe prospect at this point.