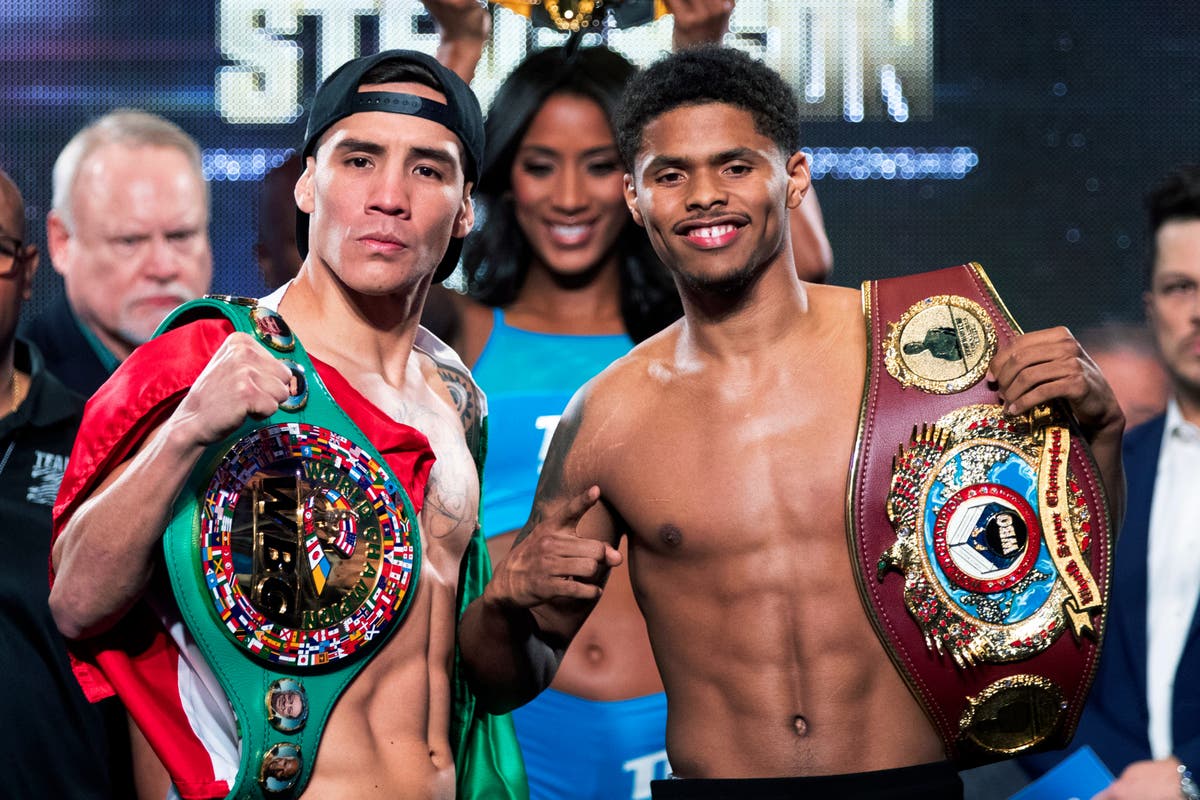 Valdez vs Stevenson: What time is the fight, undercard, prediction, latest odds and ring walks tonight

Since Mexican icon Marco Antonio Barrera – who is set to return in an eight-round exhibition against Ricky Hatton this summer – defeated Robbie Peden at the same MGM Grand venue in 2005, there hasn’t been a unified champion in the men’s 130-pound division.

But all that will change tonight, with ultra-talented favorite Stevenson hoping to catapult himself firmly into boxing superstardom as he aims to become one of the sport’s biggest draws.

The undefeated 2016 Olympic silver medalist became two-weight world champion at just 24 in October when he produced a fierce and dominant display to dethrone WBO super featherweight titleholder Jamel Herring, who had sent Carl Frampton to retire in Dubai earlier in the year.

Stevenson previously held the WBO featherweight belt after edging out Joet Gonzalez in 2019, later quitting to move up a level.

Seeking to upset and stop the rise of the Newark southpaw, undefeated Mexican Valdez has held the WBC super featherweight title since his superb stoppage of Miguel Berchelt in February 2021.

The 31-year-old provided defense, controversially edging out 2016 Brazilian Olympic champion Robson Conceicao in Arizona last September. The fight was allowed despite Valdez testing positive for the VADA-banned central nervous system stimulant phentermine, with the champion cut, bruised and overwhelmed but picking up a decisive victory on the scorecards.

Valdez is a veteran of nine world title fights in total, having also held the WBO belt at 126lbs and defended it six times – including against England’s Scott Quigg in 2018.

The main card is due to begin at 2:00 a.m. BST in the early hours of Sunday morning, with walks to the main event ring around 4:15 a.m.

Eddie Hearn has confirmed there will be no clash between Valdez-Stevenson and the undisputed lightweight bout between Katie Taylor and Amanda Serrano, with the biggest fight in women’s boxing history taking place earlier in the night at Madison Square Garden in New York.

Where to watch Valdez vs. Stevenson

TV channel: In the UK, Valdez vs Stevenson airs live on Sky Sports Main Event and Sky Sports Arena tonight, with coverage starting at 2am BST on Sunday morning.

Shakur Stevenson is absolutely the real deal, make no mistake.

Speed, athleticism, footwork, sheer technical skill and off-the-charts IQ put him on track to become one of the biggest names in pay-per-view boxing.

If his vicious, one-sided victory over Herring was a breakthrough, this win will be the one that correctly heralds him as a true superstar.

The determined Valdez hopes to make it an uncomfortable deep-water brawl, but he should be firmly second best on the night.

Stevenson to the coast for an emphatic unanimous decision victory.

Valdez weighed in at 129.6 pounds Friday night with his opponent exactly over the 130-pound limit.

Odds via Betfair (subject to change).