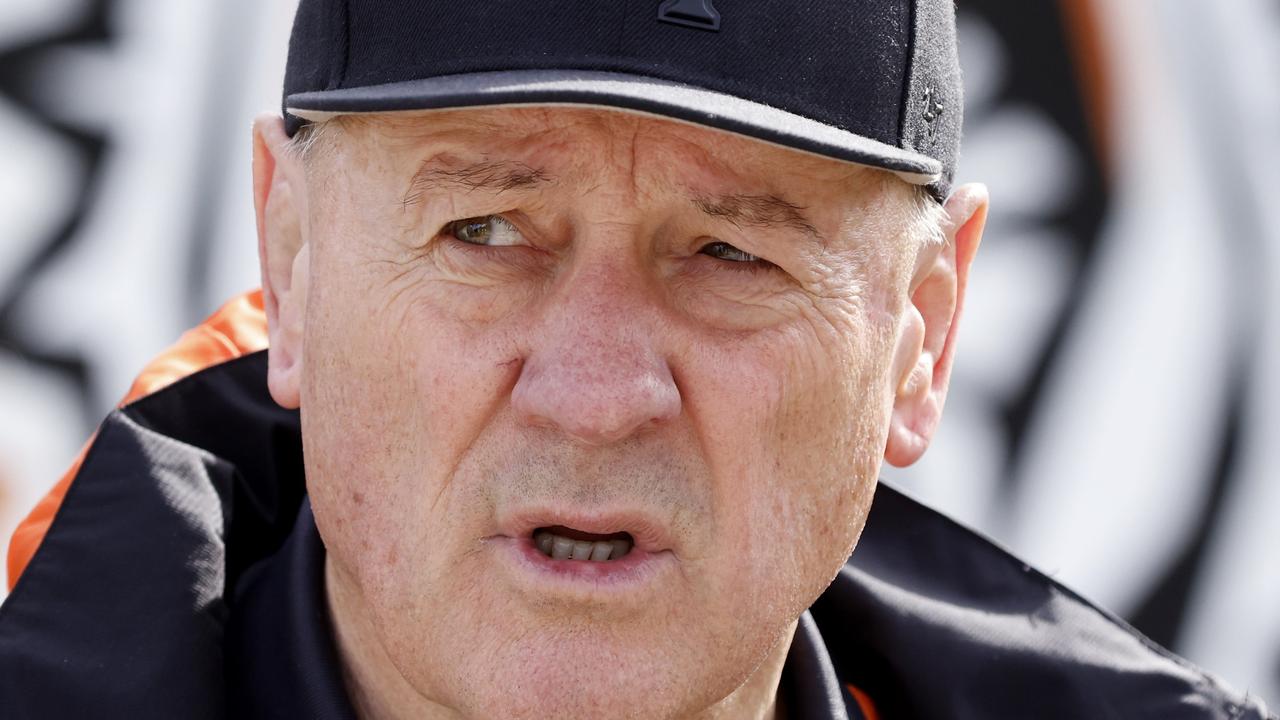 Wests Tigers head of football Tim Sheens has hit back at criticism leveled at his club after their gruesome 72-6 loss to the Roosters.

It comes after press company journalist Phil Rothfield took aim at Sheens in a column for the Daily Telegraph Monday saying he “has a lot to answer” after the Tigers’ “shocking capitulation” and “the most embarrassing loss in club history”.

Sheens acknowledged the result was “disappointing” but urged fans to “stay the course” as “we have to keep moving forward”.

“What are you going to do? Lay down and cry? No way,” Sheens said. News Corp.

“We’re going to keep going, that’s what you have to do.

“I wouldn’t call it a hiccup, but those punches to the face have to be taken sometimes.

“The assumption is that we gave up.

“We lost three players in the first 60 minutes… It was obviously disappointing for everyone at the club, the players and certainly the fans. But we have to keep pushing forward.

“People are still talking about ‘Madge’ (ex-coach Michael Maguire). I offered (Cameron) Ciraldo a five-year deal. It wasn’t me taking his place.

“Now I’m acting to prepare Benji (Marshall) for the (next) three years.”

Sheens also confirmed the club are still recruiting for next season and ‘there will be some players moved on’.

And speaking of recruitment, he raised concerns that Eels star Isaiah Papali’i might renege on his contract, saying: “Isaiah is committed to our club. He said it, his agent said it – I don’t want to hear anymore (he’s not coming).

HOOPS: A team can defy final history… and the contestant with ‘death wobbles’

$5 MILLION: The knights are ready to roll the dice on the Ponga switch. They have to solve this problem first

However, speaking on NRL 360 on Monday night, Rothfield doubled down on his column and asked why Sheens thought it was a good idea to release Luciano Leilua mid-season and loan out David Nofoaluma and Oliver Gildart .

“Why did they let these three players go?” said Rothfield.

“It shows what is wrong with the Tigers system. (Nofoaluma) does not play as a reserve in Melbourne.

But NRL 360 co-host Paul Kent believes the decision to release Leilua and loan out Nofoaluma and Gildart is “not a bad idea”.

“When you release players before the end of their contract, you get a salary cap waiver,” he said.

“The money they saved by letting them all go, let’s say they save $800,000 for the rest of the season, that goes into the cap for next season.”

Rothfield wondered, however, if the Tigers would spend that money wisely – and if there were even any players available who were worth signing.

Get all the latest NRL news, highlights and analysis straight to your inbox with Fox Sports Sportmail. Register now!!

“The last time the Tigers had all that money to play with, they signed Josh Reynolds with $850,000, Moses Mbye with $900,000 and Russell Packer with nearly $1 million.

“What I’m saying is just having that money isn’t going to solve the Tigers.

Kent agreed but stressed that “whatever they saved by releasing those three players, if they can turn that into a signing for next year, that’s a good move because they weren’t in final this year.

“If they don’t sign anyone, it’s a bad decision,” he added.