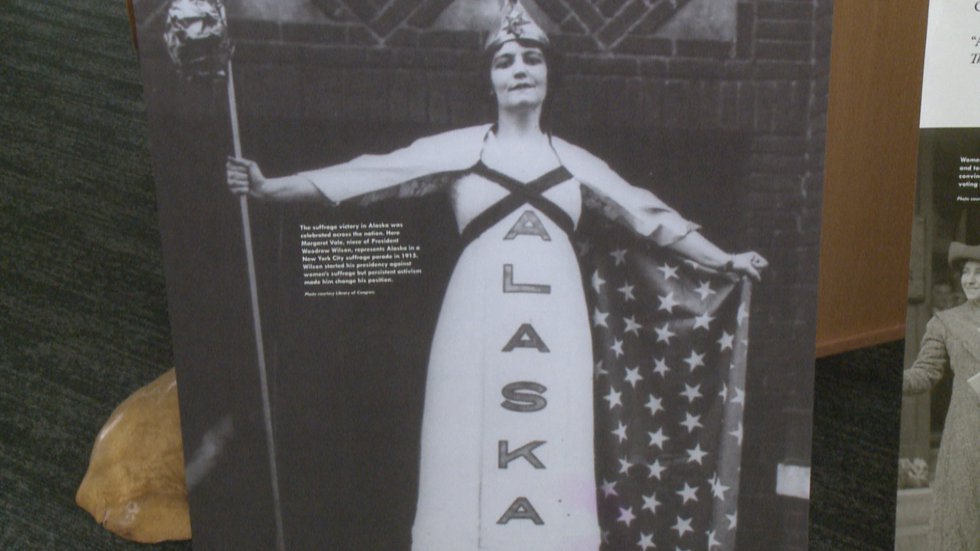 When Alaskan women got the vote

ANCHORAGE, Alaska (KTUU) – Alaska was ahead of its time when it signed a bill March 21, 1913 giving most women the right to vote, joining nine other western states that had previously approved female suffrage.

Alaska was a territory when, in 1912, Congress authorized the new territorial legislature to decide whether or not to allow women to vote. Barbara Hood, who edits the extensive research on the subject by the late historian Beverly Beeton, said several women stand out in promoting the path to women’s suffrage in Alaska.

Nellie Cashman was a well-known miner and businesswoman who is considered the first woman in Alaska to votealthough Hood said she did it a little earlier than she should have.

“Apparently the news didn’t travel too fast to these camps, but they had heard that Congress had done something to allow suffrage,” Hood said. “So when the election was in August 1912, she walked into the voting booth and voted, and no one in Nolan Creek was going to tell Nellie Cashman she couldn’t vote. I mean she was a prominent local and two other women walked right behind her and voted and that was it. They voted, and they were the first to vote, and it was a year before it was legal, but no one seemed too upset.

Soon there were two other women active in the national suffrage movement who ended up in Alaska. Cornelia Jewett Hatcher and Lena Morrow Lewis collected signatures to urge the territorial legislature to pass a bill, but it may not have taken much convincing. House Bill 2 was introduced, passed and signed by the governor in just 11 days, becoming the first bill ever passed by the newly formed territorial legislature.

It was passed seven years before the 19th Amendment to the United States Constitution passed, guaranteeing women the right to vote throughout the country.

While the bill was considered progressive, it did not allow all women to vote. It specified that women must be citizens, which excluded much of the state’s population, according to state historian Katherine Ringsmuth.

“Alaska Native women couldn’t vote,” Ringsmuth said. “In fact, Aboriginal people could not vote until 1924 with the adoption of the Indian Citizenship Act.”

Ringsmuth said the fight for native rights continues, citing the example of the state’s anti-discrimination bill passed in 1945, nearly 10 years before Brown v. Board of Education will end racial segregation in public schools across the rest of the country.

“We talk a lot about Alaska being the last in someone else’s story, but in many ways we see these examples of Alaska taking the lead from the rest of the country,” a- she declared.

Ringsmuth said Alaska’s early passage of the suffrage bill paved the way for many women.

“We had a female governor; we have a female US senator, we have a female college president,” she said. “…Days like this are important because they remind us of how we got here and it’s a good opportunity to remember our past and our history.”